Solutions to the Immigration Crisis

Jack is a volunteer at the CCNY Archives. Before retiring, he worked at IBM for over 28 years. His articles have over 120,000 views.

Recently, the US Congress has undertaken new legislation to deal with our growing immigration crisis. They have proposed a "comprehensive" reform as the only solution. I totally disagree with this assertion. Let me educated all of you on this topic. I think a solution does exist and we must insist that our elected officials do their job.

3 Steps to address this issue

The immigration problem can be approached in 3 steps.

1. Identify and define the problem. Clearly list the various components.

2. Classify the problem. According to EF Schumacher, there are two types of problems- convergent and divergent.

3. Propose solutions and debate and pick the best one to implement.

Let's all agree that we do have a problem with immigration in our country. Here are a list of problems we must face.

Let me state that I believe the current problem has a workable solution. Therefore, it is a convergent problem and not a divergent problem. Despite some politicians try to confuse and confound the rest of us, this problem can be solved and we don't need a "comprehensive" plan. In fact, we have tried it before in 1986 and have failed. We have a history to study and to reflect.

Once we recognize there is a solution, then we can proceed to discuss and debate various options.

We can do this without bringing race, and other distractions into the mix. It is a problem for our nation and our elected officials have a duty to come up with a workable solution or they should be voted out of office.

Option 1 (Open border and Amesty for all)

Let us open our borders to everyone that wants to come here. Let us remove all current laws governing our immigration (They are not being enforced anyway). Everyone here will be given a VISA and get onto the back of the immigration line. They will be given amesty and will eventually become citizens.

This is one option we can consider. Don't be too quick to dismiss it as crazy. It offers a solution to some of the problems. In fact, if you think hard about it, it will solve all of the 9 issues above except 2 (D) and (I). 7 out of 9 is not bad at all.

This is another option though unappealing. We can choose to do nothing. It will mean thing will either stay the same or very possibly get worse. 0 out of 9 is a bad scorecard.

My personal favorite is this incremental approach.

To offer a simple analogy, if a boat is leaking, you plug the hole first before attempting to fix it. This approach makes sense to me.

It consists of 3 sequential parts. One following another in that order.

(3A) First, enforce existing laws on the books and if the law is not viable, repeal that law. We are a nation of laws. If we are allowed to pick and choose which laws to abide by, then we are lost. If necessary, put all the resources necessary, law enforcement, ICE and National Guards, whatever it takes to enforce our borders. Indict and fine Companies that hire illegals to work in their factories and businesses.

Once it is proven that the leak has stopped, we can address the guestworkers issues.

(3C) Finally, look into new legislation to create an orderly guest worker program that will identify who is coming here or here already and allow them to work and pay taxes and send their money back home. They will hold a temporary status and are intended to fill shortfall in our labor force. They will not be given access to full benefits as regular citizens.

If all these steps are followed, we can solve all 9 issues over a period of time.

Option 4 (Comprehensive approach) as the Congress is proposing.

This has been tried before and there is no reason to believe it will work any better this time around.

Let me address some common myths that have been suggested:

In 2002, Malcolm Gladwell wrote a best selling book called "The Tipping point..." and I think in 2007, we have reached that point with the immigration issue. Some people believe that we are experiencing the same wave of immigration as in previous generations. They don't see anything different or alarming. I for one disagree. Here are a few reasons that I believe we've reached that tipping point.

What can an individual citizen do?

My new idea on Government Accountability

It seems to me that politicians and legislators have lost touch with the voting public. In this specific issue, I think we need some extra guarentees from our elected officials. If this new legislation passes both houses of Congress and the President sign it into bill, I would propose everyone of the legislators (House and Senate) who voted for the bill to also sign a legally binding pledge. The pledge would be to enforce the laws that they have passed to the T. If 5 or 10 years from now, and the proposed reform did not work, they should pay a heavy penalty both financial and if possible lose their seats and if they are out of office, they should loose their pension. This is not a punitive pledge. It is imposed so that each legislator must weight the policy proposals carefully. The effects of this bill will have a very long term impact on all of us. If they really believe this is the "right" solution, they must be held accountable. It is the only way I see that will take the politics out of this equation. A legislator will only sign on to this bill if he or she truly believes in this solution and will do their best to enforce them. 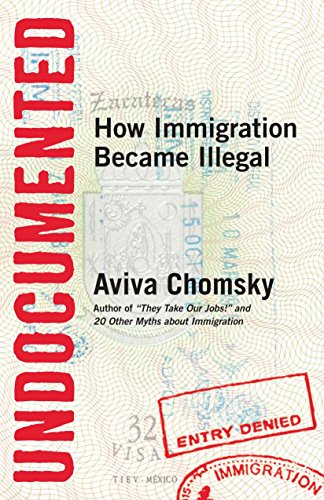 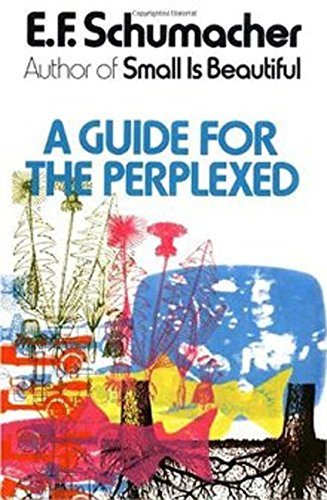 A Guide for the Perplexed
Buy Now

The Tipping Point: How Little Things Can Make a Big Difference
Buy Now