Close your eyes and think of the word racism. What images appear in your mind? A Ku Klux Klan member? A hate crime? Only white police men "watching" over a black neighborhood? Many who hear the word racism often invoke imagery of prejudice at its extreme. Yet in reality, most minority groups in the United States of America, the land of the free and the home of the brave, will rarely, if ever, meet a Ku Klux Klan member or be the fatality of a hate crime. Rather, minorities attempting to wake up in the American Dream are more likely to deal with covert racism. A kind of racism that is a challenge to uncover, especially as many are actually struggling to see it for what it is.

Overlooking persons of a different race is an instance of covert racism. For example, imagine a Hispanic-American enters a fancy boutique and is waiting to be acknowledged but the personnel acts as if she wasn't there. They just continue to search through shelves. Instantly, a white woman arrives at the boutique and the employees immediately approach her. They only help the Hispanic-American after they assisted the white customer. Can you think of one of the covert messages sent to the Hispanic-American? I can: “You are not deserving of assistance or customer service like a white person is.”

Now, imagine an Asian-American senior citizen visits an African American church for various Sundays but no one takes the time to approach him. In the meantime, an African-American guest is more than acknowledged by various church members in his first visit. Congregants get to know him and even exchange phone numbers with him. It takes only one Sunday for him to feel like a part of the religious community.

It may come as a surprise to the church members to hear that the Asian-American man thinks they were racist with him. They just think that they connected with the African-American visitor and that they weren’t sure if the Asian-American spoke English at all. Afterwards, when the subject of diversifying the church’s community is brought up, the members lift their shoulders when asked how to attract more diverse members. They fail to see how their indifference to the people of a different race who seldom stopover could make their religious institution inhospitable to other minorities.

Covert racism doesn't only take the form of ignoring different people from one’s own race or treating them differently, but it also shows in ridiculing others ... even of one's own race. I know you are wondering, how can ridicule on the basis of race be covert? Well, for example, when looks are supposedly constructively criticized in a particularly racial way.

Who hasn’t heard a person (of any race) talking about the physical characteristics of a woman in a way similar to this one: "Without hair and makeup she is kind of scary to look at. But once she puts make-up on, magic happens! She narrows her nose and thins her lips with two liners. And she irons her hair making it look soft and healthy. I mean, I can't even describe the miracle that happens after she straightens her hair."

If we only reason racism when we see it blatantly, we let covert racism go on negatively affecting lives. Because covert racism is somewhat subtle, it reaches more lives and does more permanent harm. Thus, it's crucial to concern ourselves with any racist remark and not letting it just go by unacknowledged. When awareness is raised, we could recognize how we are contributing to it and could then work towards unveiling it. 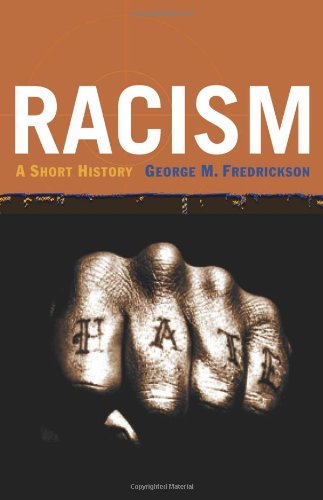 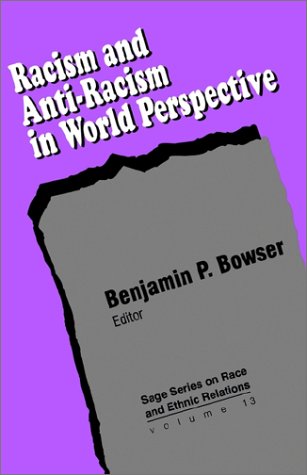 The Activist's Handbook: A Primer Updated Edition with a New Preface
Buy Now