War, The Business of it

A Simple Case of Profits and Loss

The goal of any business is to turn a profit and grow.

Its health is derived from the ability to maintain what it 's acquired; and gain more through any means - usually aggressive strategy. To replenish its core; the corporation recruits, drafts, enlists men and women to carry its banner; declaring their allegiance and service - to protect and defend the corporation at all costs, with life if necessary.

It is this ideology or indoctrination of duty which leads some to fill a need to serve and defend others. This leads some CEO's and leaders to pursue dangerous and unsustainable campaigns. Often with their only motive to enrich the corporation with little to no care or consideration of aid for those in its service. Aid, beyond what some believe is a "fair wage."

The question though becomes - what is fair? A wage just above living; a belief in a system and principles so easily manipulated; having or being asked to accept thy brothers dying as a result of lies and deceptions. Defending an image no longer a symbol of truth and fidelity, but of an ultimately decaying empire... Long Live Duty Honor Country.

to the corporation I commit my life.

All photo rights reserved by mumansky

There was never a good war or a bad peace. ~ B. Franklin

Empire in the Setting Sun

We ask daily of our young men and women that is - We the people of the US corporation; sheltered and uninvolved. Not too concerned about who fights the wars, only that the corporation wins at all costs.

But what exactly are those costs? Some unlimited dollar amount, an undetermined figure to remain unreleased. We the People now demand an accounting. We demand an explanation as we see our sons and daughters returned to us broken and disfigured. We want and have the right to know... who is in control of the corporation? What is the goal of the corporation directing us to now daily conflicts; endless war pursuits; war on more fronts than we have hands.

An endless policy of policing - intervening - when We were not organized or ordained as cops. We the US corporation founded in 1776 under the guise of We want freedom. We the again - not cops. We were not hired to defend the world against it's enemies. WE - the people who are employed in and in service to the US corporation; now seeing the costs edging closer and closer to our homes and yet he asks us to press forward.

Come on - give it a rest please!

Explain to me what we're pressing toward. Explain to those whose families have sacrificed so much to "Duty Honor Country God": Why it is we have to give and our fearless leader has no sweat on his brow.

This is no longer a question of being fair. It's not about being moral. Now, it's about the truth we're fed. Are WE or are WE not concerned for our being at home.

Are We or are WE not worried as our buildings collapse, our infrastructure fails, our word is about as good as the paper its printed on; and our sons, our daughters come back home broken and marred by the endless exploits of the corporation.

meanwhile the campaign wages on... 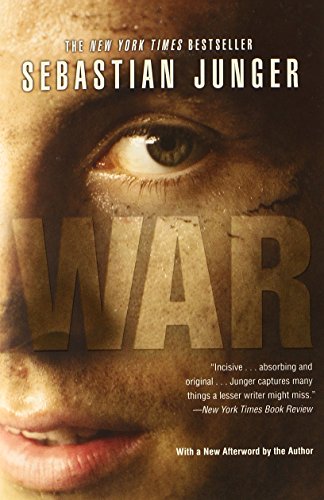 The Art of War
Buy Now

In the Name of the People

Wanting to celebrate the Win

A campaign centered on maintaining and sustaining an empire which is faltering at home; whose people are now awakened to the costs. The losses which are measured man by man; individual and individual. We now see the Empire is unsustainable but how bad is it? We ask and soon discover.

"War is but a tool. A component by which some men accomplish their complex negotiations. It is the instrument of establishing the corporate hierarchy between two or more a group of individuals. Corporations, who are either not willing or not effectively communicating with one another, or who disagree with one another's position or policies."

There is only one objective to accomplish the mission i.e. winning the war- establishing the desired order, and doing so with as little loss as possible but never by factoring the human costs?

The price paid by these who fight our wars; endure the conflict; carry the costs like badges of courage... remembering the days lost, while rejoicing another win for US. We the People of the US corporation now fast-tracked for LLC. Limited Liability, or call it overly self involved; we may not have freedom but we have the safety of our bombs. We still have the image most people want,

It's so unusual to see you this way.

We the People of the divided state

will no longer die

nor give our sons and daughters to death

in defense of a corporation

which does not enable our freedom liberty and self-respect.

The We no longer blind or Terror-fied

Want what we paid for

The promise- The Gift - The vision being sold by the new Amer-I-Corp.

For me there is no greater offering; no greater solution. We who give ourselves daily to the idea of security and safety - peace and prosperity;

the corporation may grow freely, but better stay hell out of our way.

and more importantly, Stay away from our freedoms. These which are guaranteed to each of us Fathers-Daughters\ Mothers and Sons members and employees of AmerIcorp formerly known as the US corporation. Formed and Created by We the People to ensure justice and pursuit happiness. A happiness which is now for us an end to the complex of military - building; engaging;adventurism... the dismantling of the Empire and a the return of the republic of America.

Patriot Brought and Bled for.

Add blog to our directory.

The Business of War

As the conflicts of the decades in Iraq and Afghanistan come to a close, we should begin to examine exactly what we purchased in the region. In this business of war spending and military budgets what has been accomplished by American military dominance. Are Americans any safer?

Are business interests any more secure?

All that has been spent both financially and in the human interests, what exactly has been gained by spending the costs associated with decades of war?