The Phoenix Rises From the Ashes of a Past Industry

30 years ago the biggest employer in my local area of the UK was undoubtedly the coal mining industry, the whole atmosphere had the aura of the extraction of this prized mineral from the seams far below ground. Colliery workers and their families occupied the largest percentage of the local residences with their miner's welfare clubs being the preferred social venue for all.

Unfortunately the 80's and 90's saw the demise of coal mining in the UK. Many men who were promised a 'job for life' when they left school found themselves jobless and struggling to make ends meet. The whole area suffered as a result of the colliery closures. Sympathy abounded for these workers and their families as their former places of work were demolished to leave massive areas of waste ground where the coal mines used to stand.

The railways connecting these colliery sites also began to suffer leaving tracks across the countryside, but trains passed along these steel highways no more. The track beds and lines fell into ruin and eventually the sleepers and lines were lifted by the authorities to leave behind miles upon miles of unused track beds. These and the former colliery sites became overgrown as only nature found a use for them. They became unusable by mankind for many years until eventually the powers that be decided to do something with all this ruin.

Then began the long process of re-vamping these areas to make something out of the desolution. Workers once again started to appear on these sites, not miners this time but civil engineers, council labourers, developers, and a whole array of other similar professsionals. The phoenix was beginning to rise from the ashes of a bygone era as new uses were found to once again bring these desolute places back to life.

Some of the former colliery sites saw the rebirth of industry as manufacturers made use of the land to expand and build new and modern production facilities and industrial areas; as well as providing reprise for some of the former workers of the area in the form of new employment. Sadly this was not enough for all and merely a handful of able-bodied people could return to work.

For the most part however it was decided to expand on what Mother Nature had already achieved herself during the preceding desolute years. Giant machines began roaming the former pit tops as earth was moved about and ponds were dredged. The whole process of rubbish disposal, fence erecting, tree planting and path building began to transform the landscape once again. Large areas where once stood a colliery were now made safe for leisure use and wildlife was invited and encouraged to occupy the land.

The old railway beds were re-surfaced in many cases, the imposing hedgerows and undergrowth cut back to enable easy access between the new leisure areas and wildlife reserves. Indeed these former railways themselves became a haven for the rebirth of native plant species and wildlife. These green pathways then allowed anyone to pass safely across the surrounding countryside without any danger from motor traffic.

No longer do we hear the grind and noise of industry from the coal mines but instead the calls of waterfowl, the songs of birdlife, the sigh of the wind through the trees, the mournful cry of the vixen, and the excited noise of children on their voyages of discovery. No longer are the pit tops the domain of mineworkers with their packed lunches and faces blackened by the coal dust, but families and children with their picnics and a happy glee in their hearts, bird watchers with their binoculars and field guides, anglers, conservation volunteers, photographers, and wildlife study groups.

Trains of coal trucks no longer pass between the former pit sites, but dog walkers, cyclists, horses and their riders, pushchairs and prams, wheelchairs, walkers and back-packers, and courting couples on a lovers stroll. All around the sounds of industry have now been replaced by the sounds of nature.

No wonder these areas have now been renamed 'Phoenix Greenways', no other title could be appropriate. 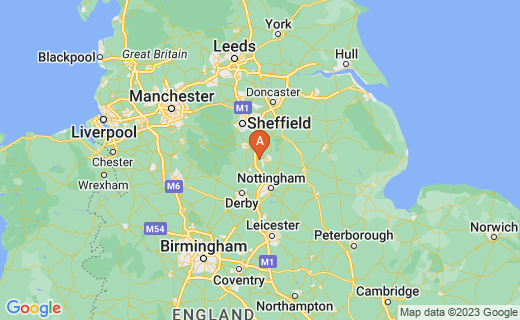