What is Penn State THON?

When They Say "We are Penn State" this is What They Are Talking About....

Simply put, Penn State Thon is the largest college student-run philanthropy event in the world, raising more money and involving more students than any other charity event In The World! Watch the documentary video at the end of this article and you will be inspired, amazed and touched by these wonderful college students and their drive and dedication to THON.

The mission of this student fundraising effort is to raise funds that will help provide support to the families and researches at the Penn State Hershey Medical Center Children's Hospital through the Four Diamonds Fund.

THON is a 46-hour dance marathon event, and the dancers can't sleep or sit down the entire time! Every year, a year of planning, preparation, events and fundraising by committes and volunteers culminates with this dance marathon weekend called THON.

THON, officially known as The Penn State IFC/Panhellenic Dance Marathon, has been held every February since 1977 at Pennsylvania State University's main campus in University Park, PA to benefit pediatric cancer. Over 15,000 student volunteers help and participate in the fundraising activities. In 2012, these amazing students raised a record breaking $10.5 million dollars for pediatric cancer!!

THON 2013 will take place from February 15th-17th, 2013 at the Bryce Jordan Center in University Park, PA on the Penn State Campus.

This year, for the first time, THON will feature the first a global line dance. This global line dance will be on Saturday, February 16 at 6:45 p.m. EST. Dance With Us will be an interactive opportunity for people who are not located at Penn State’s main campus to get involved in the THON Weekend dance festivities, dance along and experience the spirit of THON while supporting the fight against pediatric cancer.

A 30-second dance video is available on THON’s Facebook page offering instruction for the lyrics and dance moves. People from around the globe will be able to join in the line dance on Saturday, February 16 at 6:45pm EST while watching the live streem on Facebook from the Bryce Jordan Center.

What is the Four Diamonds Fund?

The Four Diamonds fund is based out of the Milton S. Hershey Medical Center. It is a fund that helps provide emotional and financial support and medical care to those dealing with pediatric cancer. It was founded in 1972 by Charles and Irma Millard, in honor of their son Chris who died of pediatric cancer.

Since 1977, the students have raised over $80 million dollars for THON and The Four Diamonds Fund to help families and children with cancer. Penn State alumnae are big donators to THON, many have fond memories of THON during their years in Happy Valley. With over 250,000 dues members, the Penn State Alumni Association is the largest in the world. Many will return to Penn State on THON weekend to show their support.

Watch the Video, Be Inspired, Be Moved, Watch this Video, The Story of THON 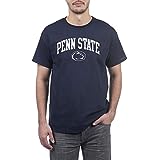 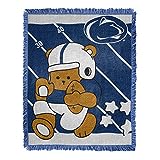