From Jacquard Looms to the Next Paradigm: Where our technology is bringing us

Technological paradigms, then and now

You could take a look back as far as the Jacquard Loom if you really wanted to in order to get an idea of when the concept of the punch-card started with computing (although the Jacquard Loom was certainly not a "computer" by today's standards, it was capable of "running a program" via reading the punch cards). If one starts at 1801 (when the loom was first demonstrated), you could argue that the era of the punch card lasted until the 1950s or so, when magnetic tape became the new paradigm for data storage (UNIVAC was an early example of this). Eventually, by about the year 2000 (I just heard the eponymous Conan O'Brien skit in my head; did you?), external had drives and the much smaller "thumb drive" took over as the new data storage paradigm.

But what about another paradigm- the user interface itself?

Had you heard of a "Jacquard Loom" before reading this article?

From the user's point of view

Consider this: for the first 50 years or more, interacting with a computer was essentially manipulating switches or punch cards. Then, in the late 60s, the mouse and the GUI (Graphical User Interface) were invented, and everything changed (although it was another 20 years before it was accepted mainstream). For another 40 years, the mouse/GUI dominated everything.

Then along came tablet computing.

This was first introduced with smartphones, oddly enough, with the iPhone quickly becoming a fan favorite (and an early adopter's ideal toy), but the iPad and its successors (Samsung Galaxy tablet, Windows tablet, and many more) ultimately began to replace the way we viewed what a "computer" was. You could suddenly do serious work on a tablet.

The iPad revolutionized touch screen computing and made it mainstream.

Nowadays when someone buys a computer, they have a choice. They either get something with keys and a mouse, or.... not. This paradigm (going from mouse to tablet) really took only about 25 years (remember that the Macintosh introduced the first widely popular "mainstream" mouse and GUI in 1984, and the iPad was introduced in 2009, although both technologies existed significantly before they were released to the public).

What is the next paradigm going to be? Will computers interact with us via gestures, like the popular Kinect game console? Will voice-to-text (like Siri or Google) overtake typing entirely? Or will it be something even more radical, like thought reading? If this all sounds like science fiction, remember that all of these are essentially in "beta mode" right now.

Whatever the next paradigm is, you can bet that it will take a lot less than 25 years for it to become mainstream.

The next paradigm will take less time and it'll be more radical than going from touching the screen and talking into the computer. It might be reasonable to guess that paradigm is some combination of reading your retina's movement, reading your thoughts (when you want to "click" to select something), and body language.

I personally still find a keyboard many times easier to type on than a keypad, but nearly everyone now is comfortable with a touch screen keypad. I believe that as predictive text gets better (keep in mind, this "narrow AI" is still in its infancy), even older dudes like me will come around to preferring to interact with a tablet (or certainly whatever it is that replaces the tablet). 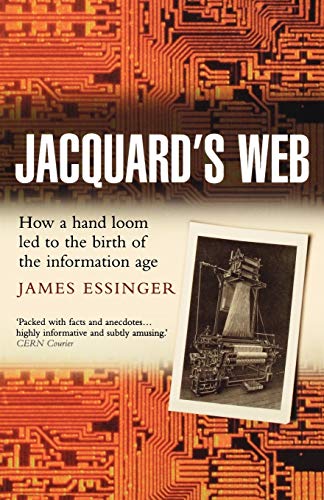 Jacquard's Web: How a Hand-Loom Led to the Birth of the Information Age
Buy Now

What will the next paradigm include?

Not quite there yet

It's not quite fair to say that tablets have entirely replaced desktops and laptops- certainly many of us still use both in our daily work life- but the tide is most definitely changing on a global scale.

I, for one, eagerly look forward to whatever the next paradigm is, likely by the year 2020 or so. Whatever form it takes, it will undoubtedly make the world a more connected place, for one thing,a and for another thing, it will help with the user interface. Both of these things combined will help to bring the world that much closer to a collective consciousness, a true awakening of the human spirit that will be more combined than anything we've ever experienced before, far, far more capable of solving humanity's problems than individual thoughts alone.

"Standing on the shoulders of giants" as a paradigm will be combined with "thinking together as one" to solve problems.