Why the Arts are Essential for Society, and Not a Luxury

What Is a Luxury?

In times of crisis, especially in times of financial crisis, the arts budgets are often the first budgets to be cut. Cutting the arts is a colossal mistake, and it's not just the current generation of society that pays the price; several generations of society into the future will suffer. In fact, the arts is a major portion of almost every country's economy, in many ways, and extends into almost every facet of our lives. Cutting the arts budgets is cutting off a vital flow of goods and services, and we should and must take steps to reverse this trend, before our society suffers.

The arts is not a luxury. Research studies show that people deprived of beauty suffer; their brains do not develop properly, and their health is impaired. Conversely, people who are regularly exposed to beauty have better health, better brain development, live longer, and are less subject to mood disorders such as depression or bipolar disorder. Just as vitamins are a necessity, and the lack of certain vitamins in nutrition leads to disorders, so the arts, too have a role to play in the health and well-being of every living thing on the planet. If vitamins are not an indulgence, why should anyone think the arts are an indulgence?

The Arts in the Economy

There are few areas of employment where one can take items of almost no value, and turn them into valuable objects or services. Inventors, writers, artists, actors, composers and musicians are among the few. (And yes, there are a few people that provide individual services: psychotherapists, massage therapists, coaches, etc. But those people help very few people in their lives, compared with the number of people that can be influenced by a movie, a symphony, a painting, or a novel.) In addition, each field of endeavour in the arts employs a huge number of people to keep the art going.

In the Great Depression, the one item almost everyone had money for was the movies. People flocked to the theatres to see films, which allowed them to forget their troubles, and it was in large part the film and radio industries in the 1930s which contributed to the economic recovery. And the film and radio industries survived and flourished because of the efforts of art directors, costumers, musicians, composers, actors, set designers and painters, writers, and thousands of other unsung workers.

The Symphony Employs More than Musicians

For example, for a symphony to be played provides employment for instrument makers, music teachers, publishers, musicians, librarians, acousticians, music stand manufacturers, printers, office supply manufacturers and retailers, and many other people in a wide variety of fields, including those that manufacture beverages sold at the concert, the people to sell the beverages, the people to transport the beverages, and the people who clean up afterwards. And let's not forget that symphony musicians wear black tie, keeping clothing manufacturers and designers, retailers, dry cleaners, and tailors in business. In addition, most people who come to a concert eat outside of the home, providing income to restaurants or cafes. If that performance is recorded, that provides work for audio engineers, the manufacturers of CDs and devices to play them, and the retailers that sell them, as well as employing publishers, writers, photographers or graphic designers, researchers, transport employees, as well as people in all kinds of ancillary fields. And most of that income stays in the local economy, rather than being sent away to other countries. Other kinds of art events provide similar returns, whether it's a gallery showing, a museum exhibition, a poetry reading, or some other function. People want to be entertained, and the arts provide a means for it.

Among the many individuals and organizations that operate within the industry are the musicians who compose and perform the music; the companies and professionals who create and sell recorded music (e.g., music publishers, producers, studios, engineers, record labels, retail and online music stores, performance rights organisations); those that present live music performances (booking agents, promoters, music venues, road crew); professionals who assist musicians with their careers (talent managers, business managers, entertainment lawyers); those who broadcast music (satellite and broadcast radio); journalists; educators; musical instrument manufacturers; as well as many others. 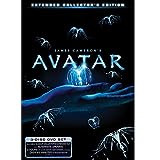 Each film made provides jobs for literally thousands of people: from the producer, who sets up the conditions for the film to happen, to the screenwriters, set designers, costume designers, makeup personnel, actors, camera crew, editors, directors, continuity supervisor, set builders, dressers, and decorators, the people who work in sound and lighting, sound technicians, foley artists (the persons responsible for the sound effects), music directors, performers, and more. And don't forget all the attorneys who negotiate contracts on both sides of the deal, the accountants, tax advisors, and the people who make sure that lunch is available for the cast and crew each day!

The money from individual films may be staggering at times: Avatar has to date grossed more than $2,242,561,528, and cost approximately $500,000,000 to produce. That cost was equivalent to the GDP of American Samoa or Gibraltar.

The theatre industry is responsible for many thousands of jobs, not only in large cities, but in smaller venues everywhere, from large theatre productions in theatres of up to five hundred or more seats, to dinner theatres with thirty seats. The number of people employed is about the same as that of the film industry, because of the difficulty of managing live performances, and the fact that a film is performed once and shown many times, whereas live theatre is performed multiple times.

Similar to the theatre industry, the dance industry also employs thousands of people, including dancers, choreographers, costumers, set designers, builders, decorators and dressers, musicians, composers, dance teachers, (in the case of ballet) manufacturers of toe shoes and tutus, people who maintain the performance venues, and many more "behind-the-scenes" workerss.

The Arts And Human Development: A Psychological Study of the Artistic Process
Buy Now

The visual arts (painting, drawing, illustration, sculpture, and more) provide a training ground for fashion designers, architects, magazine and newspaper illustrators, art directors, costumers, and more. In addition, the visual arts industry employs the persons needed to make the tools for artists: paints, pencils, pens, inks, paper, canvas, brushes, chisels, engraving tools, easels, light boxes, and the like. Art teachers train aspiring artists; galleries show the artists' work and provide employment for the people who maintain the physical space, attorneys and business managers, and marketing and publicity employees; museums provide employment for every level of workers from janitors and security guards to curators, researchers, writers, editors, directors, and hundreds of levels of employment in between. It is impossible to estimate the productive value of visual artists because visual art is inherent in every single physical item in our lives, from the design of our cars to our furniture to our clothing to the dishes we eat from and the forks we eat with. However, there are more than 2,000,000 full-time artists in the workforce in the United States today.

The impact on our society of literature is too profound to assess. Great works of literature not only entertain us, but transform us. Every one of us has read a book that changed our lives, and modern writers are influenced to a large degree by what they have already read. Works of literature have survived and shaped society for thousands of years, and will continue to do so.

In the economy, literature provides work for writers, editors, proofreaders, publishing agencies, literary agents, printers, retailers, distributors, papermakers, bookbinders, reviewers, journalists, librarians and library staff, teachers, developers of editing software or typewriter manufacturers, and many more people in the workforce. In 2005 there were 172,000 book titles published in the United States, and books produced in any country can expect some world-wide sales.

"The study and appreciation of the arts and humanities serve as both the unifying force in society and as a vehicle for individual expression."

It's Not All About the Money

The arts have value in society far beyond mere entertainment. The arts have been proven to have a direct effect, through rewiring of the brain, upon the health of people who are exposed to art, whether music, writing, visual art, or other forms. Remember The Secret and the Law of Attraction: where we choose to focus our attention is where we will see results. If our attention is focused only on survival, survival is all we will receive.

What do you think we should do to promote the arts?