What the bible says about women's rights

Many people today have turned to the bible to find out what it says about women’s rights and the roles of women in general.In many societies,the bible has often been seen to be “anti-women”.But a closer look at it and how women are depicted in the bible potrays a very different picture.Though the bible does not.Some of the rights about women that can be seen in the bible are:
• Right to equality- According to Genesis,Men and women were made in God’s image and made them equal custodian of all his creations. According to Galatians 3:26-29, we are all sons of God through faith in Christ Jesus. Meaning there is neither slave nor free, Jew nor Greek,male nor female, because we are all one in Christ Jesus.
• Right to work- Most cultures consider the womans role to be at home but we see some women like Deborah playing roles outside the home.Deborah was a judge and judges at that time acted as governors of land and would also rule in legislative,military and judicial matters
• Right to vote and take leadership positions- Women in the bible have in several occasions held strong positions.For example Esther was put in a place where her influence could help Israel.
• Right to protection from violence,torture,slavery,discrimination- While women are often discriminated against and also undergo through various acts of torture and violence(wife beating,rape,female circumcision),this acts do not display love for one another.Jesus advocated that we should love one another as we love ourselves.He was against acts such as murder,stealing among others which would cause harm to another person.
Though the bible does not directly say that women should have this or that right like we come out today to proclaim, there are various scriptures which show that women in the bible did have this rights that women today are being denied.

What the old testament says about women’s rights Genesis

Majority of the bible teachings about women are found in Genesis.Interpreting the Genesis creation story literally or figuratively doesn’t matter because God’s the intentions by God for men and women are clearly spelled out.
The woman was created by God as a "helper" for the man:
In Genesis 2:18 God said that It is not good for the man to be alone and he therefore made him a suitable helper which is the man.
However being a "helper" does not mean that the woman was inferior or lesser to the man. Infact,The Hebrew word for helper which is `ezer, is used to describe God, Himself, according to Psalms 33:20, 70:5, 115:9-11. No one is therefore inferior because God created both men and women in His own image. He also made them equal custodians of all His creation.
Man was created in the likeness of God.According to Genesis 5:1-2, when they were both created he called them “man”.
Later on Adam and Eve, disobeyed God in the Garden of Eden and God punished them and later kicked them out of the garden.As a result of this God gave a lifetime punishment to the woman by increasing pain in child bearing.He also gave power to the man to rule over her.Adam was also punished because of listening to his wife by eating from the forbidden tree.As a result of Adams sin, the ground was cursed and man would also painfully sweat/toil/work to get his daily food all the days of his life.(Genesis 3:16-19)
It is however not clear in what sense the husband was to rule over his wife.This has been the subject of much debate. Despite how Eve's punishment was originally intended, this verses are necessary in helping us understand the Biblical teachings about women.
It is God himself who imposed the punishments on both Adam and Eve.By doing so, God did not reduce women to inferior status.Neither did He command men to rule harshly over their wives. However, in the course of history, some people have argued that God's punishment of Eve was enough to justify the degradation and subjugation of women.
When you compare other cultures to that of Jewish women, Jewish women often enjoyed a lot of liberty and esteem.Many women were distinguished as prophetesses and leaders in Jewish community. Women such as Deborah,Sarah, Esther, Hannah,Rahab, Jochebed, Miriam, Noadiah, Rachel, Rebekah, Ruth and Huldah played important and decisive roles in the history of Israel.
The bible also supports equality of men and women through the Ten Commandments which require children to honor both their father and mother.(Exodus 20:12)

What the new testament says about women’s rights

By the time of Jesus, women in the New Testament did not have the high status or as much freedom as they enjoyed in the old testament era.The Jewish society by then had become male-dominated and women were considered to be inferior,being assigned almost the same status as slaves.They were mostly confined to domestic duties and could not take up any leadership roles.
Mary and Elizabeth
Despite women not having a high status in the new testament,Mary and Elizabeth were models of faithfulness and virtue. Mary who was the mother of Jesus, did put aside her doubts,fears and shame to take on the role of mother of the Messiah. She above all things place her whole trust in God (Luke 1:26-38). Elizabeth who was the mother of John the Baptist, also put her faith in God (Luke 1:39-45).

Jesus' attitude towards women was totally different from the historical and customary attitudes about women at the time. Women usually stayed home and attended to domestic duties. However, as Jesus was traveling with his disciples ,he did not segregate them but he instead also allowed them to travel with Him (Luke 8:1-3).

Those who were really Jews did not actually speak to Samaritans, and definitely not to Samaritan women. However,Jesus at one time did have a long conversation with a Samaritan woman when he was at Jacob's well that led to her conversion (John 4:4-30, 39-42).
In addition,Jewish women were not educated and neither were they allowed to take part in any active role in the matters of religion. But Mary who was Martha's sister sat at the feet of Jesus in the role of a disciple while Jesus was teaching her. Jesus also suggested that Martha does the same (Luke 10:38-42).

Some of the women who were famous among the followers of Jesus were for example Mary Magdalene, Mary the mother of James and Joses, Joanna,Salome, Susanna among others.During the crucifixion of Jesus after all His apostles had fled in terror, some women even remained with Jesus to comfort Him.(Matthew 27:55-56, Mark 15:40-41).Among the first to people to discover that Jesus had risen from the dead was Mary Magdalene and other (Matthew 28:1-10, Luke 24:1-11 ;Mark 16:1-7).

Sometimes people argue that Jesus appointed only men as His twelve apostles, and this is therefore a sign of women being of a secondary status. But this was because Jesus sent His disciples out to spread the gospel to the world, look for food and shelter where they could find it.In the process they would face great danger and maybe become Matyrs. This roles would not have been considered appropriate for women in Biblical times just as it would not be considered appropriate today. 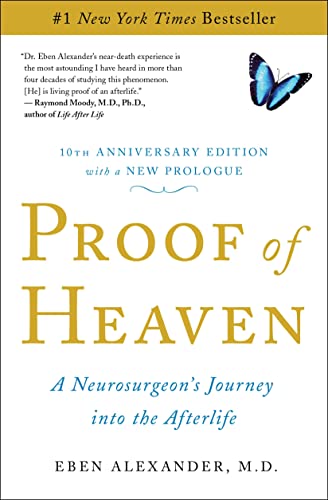 Proof of Heaven: A Neurosurgeon's Journey into the Afterlife
Buy Now