How Age can affect your Relationships.

Not bad for fifty!

When you feel the feeling you haven't felt before.

What is it about age? When do we realise that we are getting older? Is it only when your bones start to ache when you run up the stairs, or is it when you have been out all day, going to work, training in the local gym, or even deciding that I won't stay up very late tonight, as I feel really tired. I actually don't think that it is any of these things. We all are aware of the fact that every time we celebrate a birthday, it is another year on the clock, under the belt, whatever way you like to say it. we are all conscious of the fact that as we grow older, we change in some way. I remember when I was a teenager, I loved all the music that was pumped out in the clubs, even though I had my own type of music that I liked, I knew all the words to the songs in the top ten. I remember thinking to myself at the time, I would always love this sort of music, it is in me, I would never change. But time goes on, and you suddenly realise that actually, what you think was good, was only good because you were young, single and free. The excitement of climbing the stairs to the nightclub, hearing the music in the background, your heart fluttering because you just know that He is going to be there. Every note, every sound, gets embedded in your heart and mind. And you feel that you will be young forever.

A strange thing happened to me the other night. I suddenly realised that it's not just me that is affected by my aging. I was so wrapped up in my own little world, not really taking a lot of notice that my body was aging, that I forgot how it would be accepted by the outside world. I have always been a flirt, it's in the genes! and even though I was picked on at school, and called ugly and spotty, hurtful things that go straight into your mind, and affect you for the rest of your life, it took me a couple of years after leaving school to realise, much to my surprise I might add, that actually I wasn't as hideous as they all made out. I never really had a lot of confidence with the opposite sex, but when I had a drink, alcoholic, then the shyness that overtook me at almost any other part of my life, was suddenly gone. When I say I had a drink, I never got drunk as such, as I was not that keen on alcohol. Oh, I had my moments, and I still do, but it is usually by accident, that I end up slightly inebriated! For example, if I am eating and drinking at a party, and think that I haven't really had a lot, but the next morning, well, all I can say is, never again!

So my point is that, when I have had a drink, I still act the same as usual, only a bit slower!

But back to the other night. I was invited to my friends birthday party at the local pub, and I was aware of the fact that an ex- boyfriend of mine was going to be there. He is a relative of my friend, and over the years we have got together a few times, nothing heavy, but just having a good time and a few weeks relationship here and there. I still liked him very much, but as I still live with my ex-husband, which I will explain about when I have more nerve to tell the world, I have always been reluctant to leave and go of with him. My boy friend as I will call him, is four years younger than me, and it was never a problem. Over the years he has asked me to go away with him, but as I said, I never could break away that easily, so we have had a on of sort of thing going on. More mental these days than physical, and I am sure you all know what I mean. Anyway, he turned up with his new girlfriend, and this was fine as I knew he was dating. But this was not the problem. She was twenty seven years old! He behaved like a proper gentleman and stayed with her all evening, but occasionally I noticed a small look in my direction. At this stage, I didn't realise that my age was a problem. It was, but not just for him. Another man took an interest in me, and even though I was very flatterered, I wasn't interested in him, but I did dance with him most of the night, as everyone else was part of a couple.

The trouble came later, when after being told that he liked me, my friend took me to one side and said, ' do you know John really fancies susan?' but she is married. Poor man!

I was astonished and mortified to suddenly realise the reason why he had said this. He had not taken any notice of her all night, but after being with me, he spoke to another friend of mine, and was told that I was fifty. That was that. I think he was about thirty eight. After hearing this, I suddenly looked across the dance floor at, I will call him, Pete, my boy friend, or more to the point man friend, and realised that is why he would never be interested in me again. This might sound a bit dramatic, but I realised that because his new girlfriend was in her twenties, he still felt young. Going out with someone of fifty would constantly show him that he is also aging. Don't ask me how I know this, I just do.

My point to all this? Age is a state of mind. The trouble is, however young you look, your age tells the world that you have experience, a past, and more to the point, there is something in our DNA that states that to be young is to be fruitful. We mate to procreate. The fun part is just an afterthought, albeit a good one. I realise now that time has galloped away with my genes, and I am no longer a contestant in the mating game. A very sobering experience.

So what do I do now? if I want to date, do I have to lie about my age? is that why women do all the time? I never thought there was much point in that, I presumed, wrongly, that to tell the world your age, especially if you look younger, would make people say, ' Ooh you certainly look good'. But now I know the truth. Your age is the one main factor in the game of producing children. And therefore, you are over the hill, and useless to be a mate.

I have never been attracted to older men, it is just me. Maybe I have forgotten that age has caught up with me in the dating game, maybe I thought that I would always look and be younger. But people see me differently now. And I cannot quite get used to it.

Maybe it is time to for me to grow up. 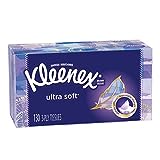