Breakup Songs to Weather the Storms of Broken Relationships

M.S. Ross
more
Contact Author
Going through the stages of a romantic dissolution, there are breakup songs for every phase. The shock, the sadness, the anger and the transition to moving forward can all be set to musical backdrops. Listening to such songs while enduring a breakup can help a broken heart weather the storm.

So go ahead and get it out of your system. Have yourself a good cry with some heart-string-pulling tunes (it’s less fattening than drowning your tears in a bucket of Chunky Monkey). Then, re-energize yourself with songs of confidence that will remind you that the world will keep on turning and that new love awaits just around the corner.

Don't be afraid to look back a few decades for some choice musical companions in your grieving and restoration process. These songs may be oldies, but in life and love, some things transcend generations, and these tunes have got their collective fingers on the pulse of romantic breakups.

In 1987, Linda Ronstadt, Dolly Parton and Emmylou Harris teamed up for collaborative album named “Trio.” Their voices twine together in beautiful harmonies, blending in clear, pure tones. In the song “I’ve Had Enough,” the ladies sing tenderly of closing the door on a relationship forever. Hearing these three women together, coming to terms with the sad end of what might once have been a good relationship, almost helps the listener to feel that she’s not alone in the experience.

Some selected lyric snippets from the song:

I’ve tried and tried to put aside the time to talk, but without luck
So I'll just pin this note within your coat and leave the garden gate unlocked

A Future That Will Never Be

One of the most painful things to endure in a breakup is the mourning of what could have been possible, had things not gone south. Future dreams are shattered when a relationship comes to a crashing end, and regardless of the reasons for the breakup, the death of those dreams is hard to swallow. In her 1992 premiere solo album "Diva,” Annie Lennox pours her heart out about missed opportunities that are no longer possible. Her poignant lyrics are delivered with emotional truth in her song, “Why.”

Music to Cry and Survive By 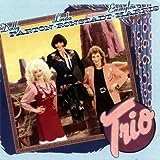 Let a driving disco beat pick up your spirits and spur you to face the fact: this is not the end of the world. In "I Will Survive," (1978) Gloria Gaynor realizes she has the strength to make it on her own and sends her wrongdoing man packing.

Go on now, go! Walk out the door!
Just turn around now, 'cause you're not welcome anymore
Weren't you the one who tried to hurt me with “goodbye?”
Did you think I'd crumble? Did you think I'd lay down and die?
Oh no, not I--I will survive!

In an interview with Joel Crafton of Craftone Music, singer Martha Wash shared some insights on her 1992 song, "Carry On"

"When I recorded the song “Carry On”, I knew it had a very powerful message of being able to withstand adversities and negative things that may come your way."

Another premiere solo work, Martha Wash’s self-titled debut collection showcases her powerful voice. In the Billboard #1 Dance Chart song “Carry On,” she bursts out with encouragement in this tune to urge listeners ever onward.

A glimpse at the lyrics:

I stand alone in the eye of the storm
Pressures all around, tryin' to wear me down
But it's alright, I won't give up the fight
Never, no, never let your spirit bend
Never, ever give in to the end
But carry on when the valley's deep
I'll be strong with a mighty love to carry on

There's a new great moment tonight
Clear away the past; honey, free at last!

There's something primal about music that touches our souls when mere words don't suffice. Let the balm of music carry you through a stormy breakup and help you welcome the fresh warm rays when a new day dawns.

Breaking Up Is Hard to Do

What songs of commiseration or encouragement have helped you weather the storm of breakups? Share your treasured titles in the comments section below.