Back in the day, when I was not even a glimmer in my Mother's eye. Women were mostly living a life, that as children and teens, prepared them for married life and the raising of children. The finding of a husband to support and protect them was the only external thing they needed. As such it was a very important piece of their life puzzle. Women selected their future husband based on his successes in life, on his ability to provide for and protect a family. His good looks played a part, and his kind personality, but those considerations were secondary. What women were truly searching for was the entity that would be pleasant for her to be around, yet was 'Man' enough to face and fight off 'the world'.

A man spent his childhood and teen years preparing for the lifelong fighting, the competing he would be doing. Males are taught to protect females from birth. The qualities men are attracted to in females are vastly different to the qualities women search for because of the different traditional roles. Men didn't need a smart woman, or a physically strong woman, they searched for a woman that could make the most of the least (frugal), and would remain loyal and protect and nurture children. Women's looks play a bigger part in the selection process for men because in the eyes of other men, having a good looking woman at home, makes a man a better man. Which in turn makes it easier for the man to BE a better man, a better provider for his family.

The best way I know of to describe how men and women differ in their psyche is in what each sex considers a deal breaker, an unforgivable betrayal.

For a woman an emotional betrayal is worse than a physical one. They fear the loss of the emotional love of their mate. Being cheated on for just sex is not 'as bad' as if their mate falls in love with another woman and then also has sex. The biggest fear a woman has is that their mate is 'in' love with another woman, in the emotional sense. They aren't any less hurt by their mates 'sexual' cheating on them, but they often forgive and continue with the relationship if they can understand that their mate still loves them and never really 'loved' the other woman. Being 'in love' with another woman even if he never has sex with her, is more likely to cause a woman to leave him than not 'loving' the other woman and only having had sex with her.

Men on the other hand can forgive an emotional betrayal, the falling in love with another man, much easier than they can a purely physical betrayal. The fact that our mate is 'in love' with another man, spends countless hours with this other in thought and conversations, gifts and in emotional support, is hurtful for us, but it is the fear that because of this 'love' she might have sex with the other man that really troubles us. Forgiving her for being in love with another man is much easier for us, than forgiving her for having had sex with someone else. Again an emotional betrayal is more easily forgiven, and is not necessarily a deal breaker, like the act of physical/sexual betrayal is.

The Success of Women in the Male Role

Today we have a completely different set of values. Women are providing as much or more than men to their families. Women no longer get 'prepared' for married life as children and teens. In fact they are more likely to be taught how to do what men have traditionally done. It isn't so much do to an increased ability or intelligence in modern women, that is allowing women to succeed today. It is because of the new technology. 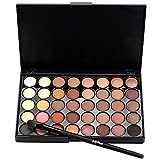 The influence of women in the workforce has led to the development of physically less demanding jobs. Jobs that women are much more well suited to perform. The absence of labor intensive jobs is making men weaker, but smarter. The smarter but weaker males are not searching for labor intensive jobs, which also pay less. Which in turn has forced the employers with labor intensive jobs to find employees somewhere else (i.e. Mexico).

The mental makeup of men has traditionally been one of competition. Everyone that isn't his dependents, his family, are the competition. Today that includes women, the gender males as children, were taught to protect. That gets very confusing for men. Throw in the fact that men are traditionally suppose to 'chase' women, to show women that they are attractive, and wanted, and to demonstrate our charisma and charm. Sexual harassment laws have been the female response to that traditional male role.

That leaves men with very little power or influence in the modern world. The influence that remains in the control of men continues to dwindle in direct proportion to the rise of influence of men's competition, women. The men that have adapted to the new stronger woman are those that have accepted, traditionally female roles. The stay at home Dad, the nurturing man, the supportive man.

Sex has always been controlled by women. Men try, women decide. Personally, I don't feel my male characteristics are valued anymore. Being a good provider, protector, strength, stamina... none of that seems to matter. Chasing women is Illegal, so is flirting.

Treat a woman as an equal, as you would a man, and you get fired for workplace violence. The only acceptable traditional role men seem to have is that of the protector against those men that don't accept the new stronger woman. It has become a take it or leave it proposition. With that much power in the hands of women, it is not safe for men to be men.

Women ask if men are attracted to powerful, successful businesswomen.

Personally I feel I have no control over any aspect of a relationship with a woman. Even things up some, give men control somewhere over some part of our lives, and men like me will be much more supportive of the direction the nation, and the world has taken.

The world is suppose to be about give and take... but the world today is about giving to women and women taking what men don't give them.

Am I attracted to powerful successful women...like a moth to the flame.