As a published author and playwrite now based in China Ava blogs across various platforms.

My favourite Aunty ran away.

We hear that she's about two hundred miles from home but we're not worried because she's not alone. She's with her fiance who is shortly about to become her husband.

My Aunty has followed her heart and eloped to Gretna Green with the man of her dreams.

At that age which wise ladies never reveal, my widowed aunty took a romantic leap and, far away from family and friends who might have had other plans for her, has become a Mrs, again.

She simply followed her heart.

Unafraid to Take a Chance

Not many people knew that they were dating.

They have both been married before with their spouses dying several years ago. I guess we just got used to thinking of them as widowed without considering their inner need for companionship.

My Aunty's new husband is tall, dark and, yes, handsome.

He is erudite and softly spoken, like an English professor gently explaining a point of reference to his students. He is quick to smile, congenial and the proud father of two grown-up daughters.

Now retired, he was an architect who dresses smartly and gives the impression that life has treated him well.

My Aunty has always loved to travel, spending more years abroad than with us in England.

She was a global citizen with homes and family all over the world, especially favouring the tropical-like climate of America's west coast.

Her accent has a hint of American and a touch of warm Caribbean.

Now, she finally has a strong enough reason to stay here, with us.

Love is an emotion, the pull of which few of us could ignore and why would we want to?

Statistics state that the divorce rate is lower among people who marry when they are older, despite the fact that for a woman over sixty chances of getting married drop to one in 62.

Re-married individuals tend to have better health brought about by physical and mental benefits of the marriage.

Is my Aunt one of those rare women who is destined to be married due to her age, ethnicity, being from a particular socio-economic group and having no dependent children, who knows?

An older couple is more likely to be financially stable as well as more appreciative of what it takes to make a successful marriage.

They may also be more willing to compromise and unlike a younger couple, they'll probably take things a lot less personally.

So what if he's a little set in his ways and she's also set in hers? On the points that matter they're a solid, steady team.

He brings strengths and she brings the same, thus the partnership is made.

Is it that once a bride is not enough for some women?

Do they simply hanker after a continuous male presence? A chance to walk down the aisle again, all eyes watching as they say 'I do?'

Perhaps it's having a focus to their retirement years.

A reason to plan, to engage others, to be excited about an event which brings joy to all. A chance to shop for a special dress, again to be worn only once? A cause to collect a bridal trousseau in anticipation of the wedding night and the honeymoon?

Did my Aunty and new Uncle-in-Law plan to get married or was it something that just happened?

Was it a meeting of minds? Did they yearn to share time, energy and resources in order to enrich both their lives? Did my Aunty marry for the security that only a strong man can bring? Did he marry because he missed a woman's touch around the home?

Did he need more help with the Times crossword? Did she need someone to check her tyre pressure once a month?

Did they decide, after finishing each other's sentences for the tenth time, that it would be nice to do so on a more formal basis?

Did my Aunty seek a public commitment to stop other women eyeing up her man? Was he afraid that other men would succumb to my Aunty's many charms and snatch her away from him?

Was it simply 'their time?' Did they hold on to the idea of romantic love long enough for it to become real?

Maybe they simply see integrity, kindness, appreciation, willingness, honour, understanding and insignificant imperfections when they look into each other's eyes.

Maybe it wasn't accidental love after all but a deliberate intent to find a soul-mate to share wonderful golden years ahead.

When all is said and done my Aunty's special day in Gretna Green signaled the culmination of desire followed by a lifetime of continued happiness.

They are an inspiration to everyone who knows them and I wish them well. 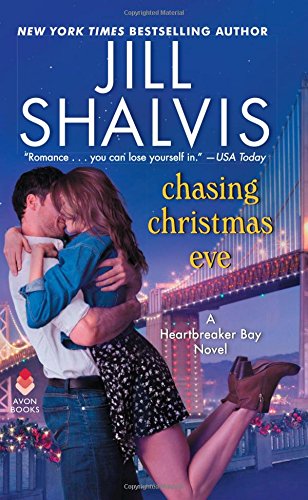