What Was Wrong With My Search for Mr. Right

I wrote about The Rules book some time ago, and this article is a follow-on, for those women interested in what happened after I read the Rules. As with the first article, men, don't bother reading any further. This is for women and about women, and you are only going to think we're crazy. Of course you're right, but that's just how it is, and you're not going to make women think like you any more than all the generations before you did.

When I was about 30, I read the Rules. It wasn't the first or last helpful book I read in the category, but it was exactly what I needed to hear then. I suddenly had an explanation of the pattern that had hit me over the head three times – a man whom I didn't think much of proved himself to me, but once I got interested, suddenly his interest evaporated. Clearly, the authors knew what they were talking about. I knew I needed to do what they said, but also clearly, it was going to be hard.

Nothing in here should be blamed on the authors of the Rules. If you want to know what they say to do, read the book, and then decide whether or not I was following the Rules. It will be good practice for you.

Most of my friends at that point were men. It is easy and comforting as a single woman to have men friends; when you can’t find one man to be in your life, 1/10 of each of 5 men can seem half as good. Men are easy friends compared to other single women (women know how women think and don’t cut each other any slack).

Any man in your life still hanging around probably thinks the relationship could turn into something more than friendship. He might be right, even if you can’t stand the thought of the rest of your life with him. Given enough time and familiarity, AND the lack of other men, almost any man can eventually look attractive. Remember The African Queen?

There is another kind of man friend, who isn’t really hanging around. You call him a friend (hopefully), and maybe he calls you a friend (disparagingly) – just as you do to men who mostly bore you. This, of course, is what the Rules will in the future protect you from.

Interestingly, both kinds of my men friends had the same scornful reaction to my announcement:

Understandably, the men felt things had changed without their consent or input. They all grumbled about how this wasn’t fair and equal. I agreed, and said if they didn’t want to be friends anymore, I understood, but that’s just how it was.

I missed them very much (but tried not to show it). Much more deeply still I wanted to be married, and I already knew I couldn’t go on being close friends with other men if I (or they!) did get married. So it was high time to start that more distant relationship.

I saw all these men less often, but interestingly, some did actually keep calling (not nearly as often as I wanted), and even proposed date-like get-togethers (in some cases making it clear it was NOT a date – but if it looks like a date and feels like a date, who cares what you call it?)

I got busy with as many other things as I could think of.

I started tutoring inner-city children, even though the tutoring organization was not exactly a major hub of single men. There was one single man there (let's call him Y), and another single woman (X), much more attractive than I was. But she quickly latched onto the man.

Though I had decided Y was a man I might possibly be interested in if he was the last man on earth, he was the only available man there. So I practiced on him, trying to dress well and act mysterious. I probably failed badly at both, but even those efforts got me further than X with him. I could see Y getting tired of X, and sometimes he would look past her to talk to me. I realized she was doing just what I used to do, and resolved never to do it again.

I joined a youth group, partly because I cared about the direction the youth were going, and partly because of one of the adult leaders, whom I had previously pursued.

Perhaps the fact that I showed up at all the youth events whether or not he was there proved to him I wasn't there just for him. (Joining some other youth group would have proved it better.) Our relationship got slightly better as he treated me with a bit more respect.

The youth group was good in another way - teenagers are not very tactful. They made it very clear when, unpracticed at it, I overdid the perfume and makeup. It was embarrassing, but I needed the straight talk. (They also needed straight talk, but on different subjects.)

I had been very depressed, and showed it at work, and I was in a job where I sort of got away with it. I decided that wasn't good for me (or my co-workers!) So I applied for a job as a waitress, where your attitude has a direct effect on your pay. If you have a bad day, you do not take it out on customers you care to keep!

I got an interview, partly because the owner was curious why somebody with a corporate job wanted to be a waitress (she actually did something similar herself.) At the last minute, I decided I didn’t have time for both that and the youth group, and the youth group was already pretty good at telling me to shape up.

But to this day I sometimes think I ought to experience life as a waitress.

Swing dancing was popular again after 50 years. I liked the music, the movement, and especially, the rules of the dancing, after growing up when dancing meant stand in one place and wiggle around according to your own personal feelings. One swing dance place even had things written out so men were clear on how to ask a woman to dance and women were clear on how to accept or refuse.

The men who were into swing dancing seemed to appreciate the differences between men and women, and I liked them. I went to these places with a female friend or a group of friends when I could find someone available, but went alone when I had to, even though it was in a scary part of town (I would not recommend that aspect!) Even if none of the men there got interested in me, getting a man to ask for a dance was good practice in getting a man to ask for a date.

I met with other women who wanted to do the Rules, which did not include any of my single female friends at first. So I looked for a Rules support group in my area. I also found the Rules forum very helpful. Talking to other women face-to-face was helpful in one way, but I could read the forum without taking a night I could have been using to meet men. Either way, it’s a great help to have other women to remind you that you actually had no excuse for calling that man!

I hosted parties for any and every reason. These were non-alcoholic parties and so different from what is usually referred to as a party that I probably should write a whole other article about them. For now, I will just say they gave me needed practice cooking, cleaning, and being a hostess, and they gave other singles something to say they had been invited to. Any invitation is better than none, whether you go or not - at least someone wanted you there!

I joined about 10 matchmaking or dating services that cost money. I think there were some free ones I joined too, and they at least returned full value on the investment!

I must have tried every singles group in any major church that wasn’t totally incompatible with my beliefs. If a singles group had even two men who looked interesting enough to get to know, it was an unusually good singles group. But I kept reminding myself it only takes one, and tried to give each group a good try. Many other singles were doing the same thing, so often I would see people I already knew, who were traveling around the city’s groups in the other direction!

On-line dating services were new at the time, and I joined about three of them. I liked what I heard of eHarmony, but they rejected me. Apparently either they thought I was lying on the questions or I was unmatchable (which somehow means the opposite of "matchless"). It is depressing to be rejected from a dating service, and I mention it so you will know unmatchable isn't unmarriageable.

Will It Cost Your Nest Egg?

My husband was also rejected from a dating service, for not being rich enough. At a slightly different time, I joined that same dating service, and thought it was worth the considerable amount of money. It was run by a Jewish woman who really is a matchmaker. She says it is an instinct either you have or you don’t, of who would go together. And she has it (especially as compared to every other human or computer dating service I tried); the man she introduced me to was actually someone I liked. I’m sure this man had been called a nerd in school, but in a personal case of nerd revenge, he became independently wealthy at a very young age. There was just the one slight detail that I was not going to marry anyone who was not a strong Christian, and he didn't understand that his willingness to believe anything actually meant refusing to believe any one thing was true.

Besides, by that time I had met the man who became my husband (I often remind him that I could have married an independently wealthy man instead – but decided he was worth more!) I met him through a horrible, awful dating service which had gone bankrupt and changed names a couple times during my membership period. Just goes to show you never know where your husband may be.

Playing with Matches a Girl Can Get Burned

There is much more to say, but

will have to wait for their own articles. 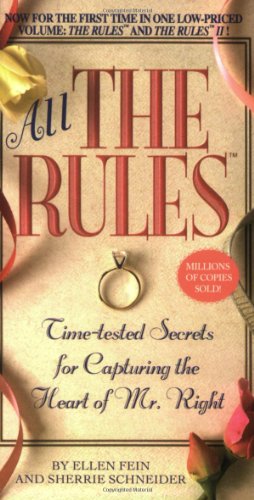 All the Rules: Time-tested Secrets for Capturing the Heart of Mr. Right
Best book I know for explaining attraction between men and women and how to fan flames.
Buy Now 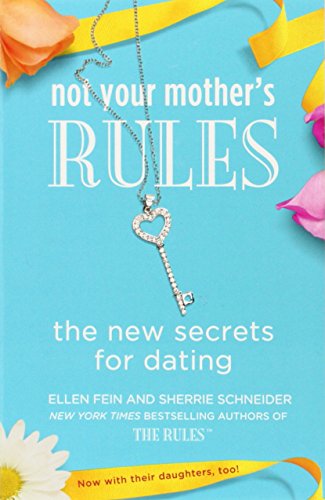 Not Your Mother's Rules: The New Secrets for Dating (The Rules)
The Rules - the updated version, for online dating, texting, cell phones, and more.
Buy Now 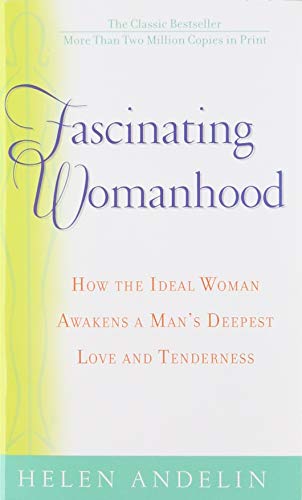 Fascinating Womanhood: How the ideal women awakens a Man's Deepest Love and tenderness
Best book I know for overall concepts of what the best of womanhood looks like.
Buy Now

Created to Be His Help Meet

Created to be His Help Meet: Discover How God Can Make Your Marriage Glorious
The second best book I know about womanhood, covering much of the same stuff Fascinating Womanhood covers, but presented more directly, sometimes painfully directly!
Buy Now