How to Avoid Divorcing Because of the Economy 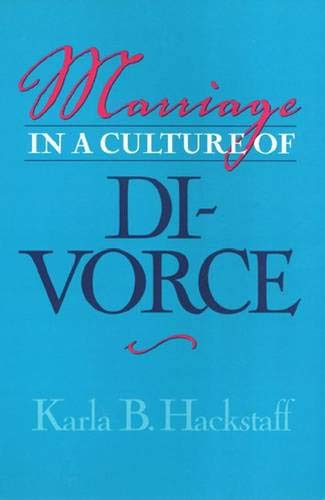 Take a look at the news reports today and you will find that there are a lot of stories out there warning us that many couples are getting divorced as a direct result of the economy. Indeed, divorce rates are up this year and there is a good chance that the problems with the economy are at least partially to blame. The economic crisis has people stressed out and stress leads to arguments within marriages, arguments which can ultimately lead to divorce. However, it doesn’t have to be this way. In fact, working through a tough situation (such as an economic meltdown) together can actually strengthen your marriage if you’re committed to making it through hand-in-hand.

Here are some tips for facing the new economy with your spouse in a way that will help you to avoid divorce during this tough time and come out on the other side with even more lover for each other and your relationship:

Recognize what the real problem is.

Most people are so freaked out about all of the problems caused by the economic situation that they are failing to see the bigger picture which is that the economic problems are at the root of all of the other problems.

In other words, the recession causes your spouse to lose his job which means that you have less income and bills aren’t getting paid which means that the utilities get shut off or the car gets repossessed or you have to cut out the kids’ after school arts lessons because you can’t afford them anymore. So you get mad at your spouse for not having a job and at his boss for firing him and at the car company for taking back the car. You get mad at all of these little situations and you feel mad all of the time.

Instead, we all need to learn to recognize that the problem is really the economy. By recognizing this, we can begin to realize two very important things. First of all, nobody is to blame. By getting rid of the subjects of blame, we immediately stop feeling so angry. And second, this situation is eventually going to pass. It may feel like we’re never going to get the car back or our husband will never find a new job but when we look at the bigger picture of an economy that’s going to be down for awhile and then rise again, we are able to see that “this too shall pass”.

Focus on what you can do to improve the situation.

One of the biggest reasons that couples fail to get through their problems is because each one expect the other one to change. When we turn our focus to ourselves and stop asking the other person to do our work for us, we begin to create really change in the relationship. We end up happier and we save our marriages as a result.

In the case of the economic downturn, it is important that we ask ourselves what we can do to reduce the stress and strain of having less money. There are many different things that we can do. We can look at the positive things that have come out of the recession so that we improve our general sense of optimism. We can look for part-time work to increase our incomes and reduce our worries about paying the bills. We can find ways to reduce our spending so that we feel like we have some control over our money.

Yes, it is great if our spouse also does these things. But that’s not going to happen by you just nagging. Instead, focus on yourself and what you can do to get through this tough time. Set the example and your spouse will probably support you and even follow in your footsteps. By not nagging and by doing your own part, you limit the negative feelings in your marriage and avoid divorcing during this stressful time.

Empathize with your spouse.

Even as you are focusing on what you can do, try to be empathetic about what your spouse is going through at this time. When we act out in our marriages, lose our tempers with our loved ones and generally behave in a way that’s nasty to be around, it is usually because we are having a tough time dealing with something emotionally and we don’t know how to articulate that. We have to understand that the same thing is happening for our spouse.

It is particularly hard for men to deal with job losses and loss of income because they still tend to have their egos tied up in their work and to see it as their responsibility to take care of the family financially. Either spouse, however, may be experiencing some serious insecurities and fears as a result of the economic downturn. When you start to feel attacked or shut out by your spouse, don’t get defensive. Instead, try to empathize about the situation and communicate that you are there for your spouse in this tough time.

Make a verbal commitment to getting through this together.

Just learning to talk about what’s going on for both of you during this tough time can really make or break the marriage. It’s never easy talking about money and it’s even more difficult in tough times but it’s crucial to surviving the recession without going through a divorce. Discuss your fears and worries. Discuss ideas for getting through it. And then make sure that you each make a verbal commitment to one another to get through this together. Just stating out loud that you both really are there for each other and really will be there in the end, “for richer or poorer”, can really strengthen your marriage in these tough times.

Make a silent commitment to yourself not to make any decisions just yet.

If all else fails, set a date in the future for when you will think more seriously about divorce and then take it off of the table of your mind for now. Being in the midst of an economic crisis is not a good time to make big decisions. Decide that you’ll revisit this issue in a year or two and then figure out a way to get along with your spouse in the meantime. If you still want a divorce at that time, maybe it merits some serious attention. Besides, divorce is expensive – who wants to be footing the bill for that right now?!