How to Have a Happy Marriage - Good Relationships

There is no magic formula to a lasting marriage. Statistics have shown that the odds of two people having a fulfilling marriage where attraction and emotional bonds continually grow stronger as the relationship continues is low.

The divorce rate seems to spike at the two, seven and twenty year anniversary dates. The divorce rate is even higher with second marriages than with first marriages. Sometimes people have not learned from their past mistakes. But some people who have experienced divorce through their own relationship or through their parents, make evaluations and learn from their experiences and observations.

The majority of marriages fail due to monetary issues, unmet expectations and poor communication. Marital satisfaction tends to decline after the first child is born.

A stronger marriage usually evolves when both partners take responsibility for their own lives, by learning from their past mistakes and choosing to resolve conflicts so that harmony and peace exist in the relationship.

How to Have Good Relationship 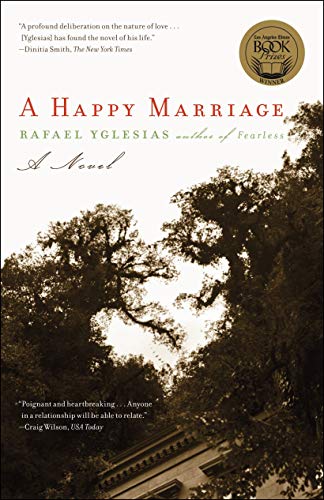 Here are some tips for having a strong and solid marriage:

In 2007, Robert Levenson from the University of California, Berkeley conducted a study with middle age and older couples. Some of the couples had been together 55 years. His study showed that people with similar personalities had a decrease in marital satisfaction over a 12 year period. Personality differences in some areas showed more success in their marriage.

Levenson believes that different personalities may give each partner complementary resources that help the couples deal with challenges that occur. Also couples who are too similar may tend to get more bored with each other.

Some personality tests, when analyzed by looking at the personality scores of couples, he believed they can actually show the quality and duration of the marriage.

Some studies have shown that personality tests of both partners can predict the quality and duration of a marriage.

How to Predict if a Couple Will Stay Together

A professor of human ecology and psychology named Ted Huston, Ph.D, from the University of Texas at Austin of human conducted a long term study he named the PAIR Project (Processes of Adaptation in Intimate Relationships). In studying relationships, Huston followed 168 couples in four counties in Pennsylvania. The people lived in rural areas and were of working class. In the study, he wanted to know whether he would be able to predict if they couples would stay together.

Ted Huston, Ph.D., a professor of human ecology and psychology at the University of Texas at Austin, was showcasing the results of a long-term study of married couples that pierces the heart of social psychological science: the ability to forecast whether a husband and wife, two years after taking their vows, will stay together and whether they will be happy The study was done in 1981 and began from their wedding day through 13 years of their marriage.

Multiple interviews were done as Huston looked at the way the couples interacted with each other while they were dating, as newlyweds, and through their married years. He measured their negative and positive emotions towards each other and watched how their feelings changed over time. He wondered if newlyweds who hug and kiss were more likely, for example, to be happily married, did newlyweds who constantly bickered have a worse marriage, are couples who lose their romance more likely to divorce? 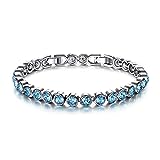 Prior research was mostly done with couples who have been married for a number of years. The research has shown social psychologists that newlywed start their marriage in a romantic state and have trouble successfully navigating the issues that come up during marriage. Benjamin Karny and Thomas Bradbury study in 1995 and John Gottman and Nell Jacobson have conducted many marriage surveys over decades, that showed the best predictor of divorce had a lot to do with negative behavior patterns such as criticism, contempt towards each other, defensiveness, emotional withdrawal.

Huston’s study looked at couples earlier in their relationship, from their dating days and showed some predictors that the prior studies had missed. His research showed that

As the married years continued, his study resembled other studies of couples who were married for a long time. He divided the couples into four groups:

Each category showed a distinctive pattern. The happily married were very much in love, and showed much affection towards each other like newlyweds. These couples tended to be more decisive, expressed more positive feelings and less negativity towards each other, and viewed their mate in a more positive light than other couples. These feelings remained stable over time. The couples who divorced later were affectionate as newlyweds, over time they were less loving, less positive towards their mates, and more critical of them.

The study showed there was a correlation to how well the spouses got along as newlyweds as to how it affected their future together. But the main factor between the couples that divorced and the couples that stayed together was the amount of change their relationship changed in the first two years. Huston said "The first two years are key--that's when the risk of divorce is particularly high”. These changes were good indicators, according to his research about where the marriage was going. Among the 56 couples who participated in the study, it was the loss of love and affection, not so much the conflict, that was the biggest predictor of deterioration in the relationship. The lack of love and affection created a downward spiral that lead to increased arguments and eventually a parting of ways.

Huston feels from his study that one of the ways to preserve a marriage may stem from helping the couple work on their positive feelings they have toward each other, not as much in resolving the conflicts. Other researchers have validating this finding in their research too. The loss of intimacy takes a heavy toll on a marriage.

Some Reasons for High Divorce Rates

In other research studies, it has been estimated that 25% of the cause of divorce may be attributable to the personality characteristics of each spouse. The personality trait, neuroticism has been shown to lead to high rates of divorce.

Neuroticism is a combination of many negative traits such as being hostile, angry, irritable, depressed, anxious, vulnerable, self consciousness and being prone to having irrational thoughts, being impulsive, and poor coping skills especially when it comes to stress related situations. It can be difficult for a partner to deal with their mate’s behavior and this can lead to a decline in sexual satisfaction and drop in marital happiness.

Are you in a happy relationship now?

What was your longest relationship?

Some Clues for a Lasting Marriage and a Good Relationship

Relationships are unique and complicated. Things happen that change a relationship and the dynamics of the marriage. research will continue to search for answers as to why marriages fail and how perhaps to save some of them. When couples focus more on their love and affection they have for each other, the difficulties they are facing may be able to be dealt with. When the partners in a relationship can recapture the intimacy they once had and work on what had attracted them in the first place, their marriage may be able to be saved and get beyond the challenges.

There is no magic formula to having a successful marriage. Yet magical things can happen when each partner works to retain the closeness and intimacy,the love and affection, the validation and reaffirmation they gave each other as their marriage goes through the good and bad times. Marriage takes work, and luck to marry someone who is not abusive, has positive personality traits, and has the fortitude and loyalty to stick it out together.

Affection and intimacy are vitally important to a lasting relationship. Communication and mutual respect and appreciation and numerous other factors play a role in making a marriage work.

Thank you for taking part in these 3 polls.