How to flirt with a guy! How to make them fall for you!

Rule No. 1 (and most important): SMILE! Show him those pearly whites. Seriously, most guys say the first thing they notice about a girl is her smile. Guys are attracted to mouths. After all, it's a very sexy part of our body, we use it to speak, to laugh, to kiss... Next time you look at the guy you're trying to impress, flash him a smile and he'll get weak in the knees.

Rule No. 2: Laugh at his jokes. Guys take their humor seriously. They like making jokes and it's important that you find him funny. I mean, you want to be with someone who makes you laugh, so don't fake it and let him hear your genuine laugh when he says something funny. Believe me, he'll be so flattered he'll have no choice but to try to keep making you laugh. And that's a good sign!

Rule No. 3: Touch him. Next time you're close to him, put a hand on his arm or knee, hold it there for a moment, then take your hand away and smile. He will definitely notice you then if he hadn't before. Guys are incredibly responsive to touch, so it won't take long after you put your hands on him that he'll be thinking about touching you right back... or waiting for you to touch him again.

Rule No. 4: Tease him. Don't be mean, of course, but there's no reason you can't joke around with him. Two can play that game. Keep it light, make some jokes, and let him see your funny side. Guys love a girl with a good sense of humor.

Rule No. 5: Keep him wanting more. Girl, you are awesome. And you should let him know. But, you need to keep him interested. Men like to chase a girl, so you have to play it cool. Don't let him know how badly you want him, but instead, keep it light. Let him know you're interested but there's nothing wrong with a little "hard-to-get"...

Rule No. 6: Have fun! Flirting is fun and should come naturally. If it doesn't, don't sweat it -- don't be nervous, just do and say what feels right. If it's meant to be, it will be. And if he likes you, then it doesn't matter what you do or say. Just be yourself. :) 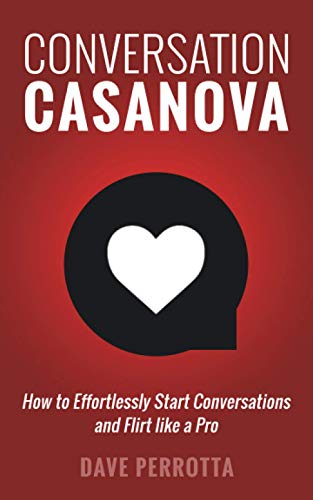 Conversation Casanova: How to Effortlessly Start Conversations and Flirt Like a Pro (The Dating & Lifestyle Success Series)
Buy Now