How to get your dream girlfriend

If you ever wondered why others are in a relationships and your not, think hard about why that is. Why does it seem that those who don't even try get girlfriends and others who try so hard end up being single. Hint, it has nothing to do with looks, money, or whether or not you have a job. Want to know the secret? It's all in the personality and attitude that you have towards others. That being said, i will guide you through breaking harmful habits and getting the girl you've always wanted.

Before we begin, it's important to realize that there exists several damaging deceptions that affect your perceptions on the dating world. 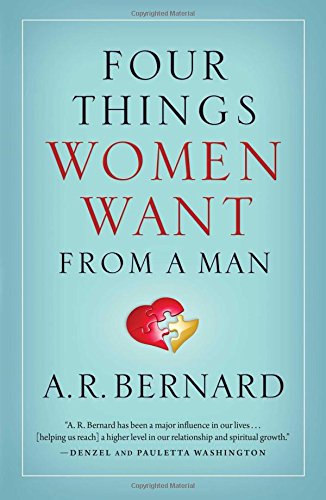 Deception#1 - "She's out of your league"

You always want to ask that special girl out but think "she's out of my league, no girl like that would ever like me..." I don't believe in leagues because it's a mental barrier that we create in our minds so that we limit our choices. You have the potential to get any kind of girl you want regardless of age, social status, appearance, and so forth if you just believe in yourself. Never let anyone tell you what you can't do and anyone who tells you otherwise is probably afraid of your potential success.

Daring Greatly: How the Courage to Be Vulnerable Transforms the Way We Live, Love, Parent, and Lead
Buy Now

Deception#2 - "The right girl will make me happy"

No person holds the key to all of your problems and insecurities. Do you have a void in your life that you are trying to fill with relationships? If so then you will only find yourself even more empty by getting a girlfriend. A successful relationship happens when both parties are already joyful in themselves and share that with each other. By getting in a relationship when you find yourself incomplete, you will end up breaking up later down the line.

You can date as many people as you want but you will be greatly disappointed with every break up until you reach a breaking point. The saying "Old Habits die hard" is true especially in the dating world. By refusing to change toxic behaviors that you might have, you are essentially robbing yourself of a potentially successful relationship. The experience in getting better quality partners starts with you and your experiences with who you are.

Deception#4: "All the good girls are taken.."

You'd be surprised how many potentially great single girls there exist in your local area today. While it might seem like good girls don't exist, they are just waiting for people like you! All you have to do is know exactly where to look.

This is a misconception that affects so many men in today's society and has been damaging men for the past centuries. Any girl with a sensible mind would not date a bad boy and if there is one who would, she won't stay with you for long. Many girls are looking for a guy with a good nature.

Are you confident in approaching a girl?

Deception#6: "When you find romance, you find self-love"

The biggest lie in the dating world is by finding a romantic partner who loves you, you will finally love yourself. Love starts with you right here, right now! I By refusing to love yourself today, you will only give girls plenty of reasons why not to date you.

You want to practice good hygiene first and foremost. The next step is to put yourself out there for the world to see. Go to as many social meet ups as you can. No one not even girls will be able to date you if they cannot socialize with you. The next step is to casually approach a girl before you make any move. Simply introduce yourself with a simple "hello" and start a conversation. You'd be surprised how attractive that can be to a girl. If you try pick up lines or any other pick up techniques, girls will likely see through it and think your insincere. Do not be intimidating or nervous. Be calm, confident, and friendly most of all.

Master the art of observation before you the master the art of conversation. Pay attention to the smallest details in the environment (the weather, the color of her hair, her shirt, etc.) and comment/compliment it. Get her to talk about herself (her interests, hobbies, and so forth) while you share details about yourself as well. Run out of ideas? Make more observations. The idea here is to break the ice and get comfortable with each other's presence.

Humor is probably one of the most attractive things to girls so make her laugh. Make sure that your humor comes naturally. Don't act as if you rehearsed your lines as she will get the impression that your not funny. Everyone's humor is unique so take the time to find your own.

The best way to attain a long lasting relationship is to establish a friendship first and foremost. Asking her out before even knowing a single thing about her will most likely end up in a break up. If you don't know how to be a good friend to a girl, the chances of you being a great boyfriend are slim. Of course, you can ask her out as soon as you meet her and it might turn into a great relationship but it might not. By being her friend first, you avoid the risks without dealing with the heartache later on. However, don't wait too long as someone else might ask her out before you.

Most of our communication is through body language. Smiling, mirroring your posture, touching, hugs, etc. are all signs of interest. Pulling away is a sign that she dislikes you. However, never allow signals to be the dictator of getting a girl. Focus on the mechanism behind attracting someone and you will be successful.

Don't stress it all or make it awkward. Pick the perfect moment to ask her out. Build up the anticipation and emotion in a special place before you finally reach a point where you feel comfortable expressing your feelings then ask her out in a creative manner. Brainstorm some ideas (writing a poem, a card, etc.) based on what you are good at. If she says "i don't know..." then do not take this as a sign of rejection. Simply give her time and freedom to think about it. Do not pressure her in any way to accept your request. When she sees you value her freedom of choice, she will be more likely to date you. Dating a girl is like going to a job interview except that instead of just selling yourself, you are mainly investing in her so treat it as such. Don't assume that because you had your first date that the girl will be your girlfriend. You must have patience in order for that to happen.

Don't be rude - Don't keep prying into her private life when she's already asked you to stop, don't violate boundaries, don't say mean-spirited comments, and so on.

Don't obsess over one girl - There are plenty of other options for you to choose from. Do not push all of your emotions and thoughts on one girl.

Don't overcomplicate things - Never buy into pick-up artist techniques and people trying to sell you ideas for profits. Forget that the person you are dating is a female. Treat her as an individual rather than a trophy. Keep things simple and direct.

If you are successful after your first date and your date wants to spend more time with you, you can celebrate because you now have an official girlfriend. If she calls it off, don't get discouraged. Keep holding your head up high and your heart open to the next girl who may just one day be your future lover.