International Men's Day was conceived and coordinated by Dr. Jerome Teelucksingh from the University of West Indies at the Families in Action headquarters in Newtown, Port of Spain.

He chose this particular date partly to coincide with his father's birthday, whom he felt was an excellent male role model, and also because it was the day in which the football team in his country created a level of unity which crossed gender, religious and ethnic divisions.

He realized that there was no day dedicated to all men and that Father's Day excluded young boys, teenagers and men who are not fathers.

Today this very special day is recognized and supported by men's groups in America, Europe, Africa, Asia and the Caribbean.

International Men’s Day provides us all with a great opportunity to address the challenges and problems men face, for promoting gender equality, for improving gender relations between men and women, and for highlighting positive male role models.

Men around the world face similar problems on a daily basis. These include stress from work related issues, health issues - both physical and emotional, financial difficulties - this year more than most with the current economic climate.

Domestic violence, sexual abuse and harassment in the workplace are among the more serious problems that many men are faced with in their daily lives. Other problems men may face are legal harassment, forced separation from children and financial abuse.

Unfortunately society has led us to believe that true men must endure their pain and problems without complaining and must  suppress their emotions. It is for this reason that most men tend to suffer in silence for fear of being ridiculed or discredited.

International Men’s Day is a day when we can remind ourselves that men too experience pain, fear and other less pleasant emotions and that they need and deserve all the love, care and support not only on this but every single day.

We all too often link the phrase of gender equality with the rights of women and in the process often men's rights are infringed upon. The truth is that social and domestic harmony will only triumph when both men and women enjoy equal rights both within and outside the home environment.

International Men’s Day is an occasion to commit ourselves to ensure true gender equality both in society and under law. This will improve  gender relations and reduce litigations through misuse of the law. If all members of society are able to enjoy equal status, irrespective of gender , we can start to employ our human and financial resources to ensure a better society for not only ourselves but for future generations.

Men have been the Target of Women's Activists for Too Long

International Men’s Day is an occasion to remind everyone that one of the keys to restoring stability in society is by promoting harmony between men and women.

Under the auspices of "Women's Rights Activists" anti-male sentiments have been approved by society and governments around the globe for the past few decades. This has often resulted in the blatant violation of men's rights by means of discriminatory laws and practices in an attempt to promote the empowerment of women and women's rights.

This is evidenced by the steep increase in the number of divorces, single parents, violence against men and male suicides.

International Men's Day provides us all with an opportunity to make a commitment to end the gender war.

We all have our men's idols. The Johnny Depp's and Patrick Swayze's of the world and of course there are many men athletes that may not be idolized for the same reasons but are often used as role models all over the world. Unfortunately we tend to forget to celebrate and honor the fact that there are ordinary men who are excellent role models.

International Men’s Day is not about celebrities and athletes its about all men in all walks of life. It is a day to remind ourselves to honor all men whether they be academic achievers, social leaders, leaders in the environment,soldiers, artists, comedians, farmers, fishermen, fire fighters, doctors, writers, politicians,economists, and so the list goes on.

On this very special day let us also remember those that make our lives a more comfortable and safe place to live by honoring those that on a daily basis clean our streets, build our houses, fix our vehicles, police our streets, deliver newspapers and milk, care for children, and make life easier in ways that we so often just take for granted.

On November 19 let us celebrate all the men in our lives - our husbands, lovers, fathers, brothers, sons, men friends, neighbors and colleagues.

On this great and joyous occasion, I request everyone to join me in spreading this message to the entire world and make International Men's Day 2009 the best Men's Day ever. 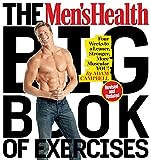 Other Important Days To Remember