Mrs. Bennet was snoring, the young ladies were occupying the parlor, and giddy Kitty suddenly announced, “He’s here! Mr. Bingley!” The snoring stopped, the ribbons were tossed into a basket, Jane’s cheeks were pinched, and all skirts were straightened except Mary’s, for hers were already straight.

“It is a truth universally acknowledged that a single man in possession of a good fortune must be in want of a wife.” And thus begins the book treasured by all imaginative, old-fashioned young women of uncertain fortune who are in want of a husband. Though Jane Austen provided plenty of insight into the tremors of any young lady who desires to be wed, Austen rarely continued her observation of universal truths into the matrimony of her favorite characters. Her books always end at the wedding.

However, the small portraits of already married couples that we do see in Jane Austen’s work provide much to contemplate, for they mirror marriages in every country, century, and class. These are marriages that have either ripened with age or grown stale over the years, depending on the virtue and commitment of the couples in their marriages. This essay will extract the rarely-mined gems of insight found in the marriages in Jane Austen’s novels. 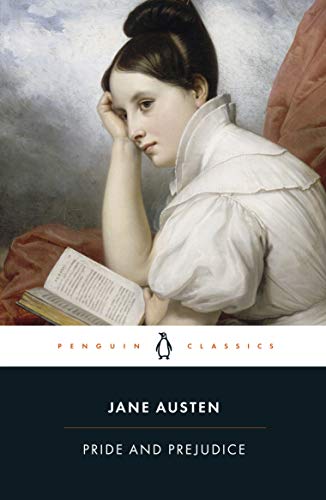 ``Mr. Bennet, how can you abuse your own children in such way? You take delight in vexing me. You have no compassion on my poor nerves.''

``You mistake me, my dear. I have a high respect for your nerves. They are my old friends. I have heard you mention them with consideration these twenty years at least.''

...Mr. Bennet was so odd a mixture of quick parts, sarcastic humour, reserve, and caprice, that the experience of three and twenty years had been insufficient to make his wife understand his character. Her mind was less difficult to developed. She was a woman of mean understanding, little information, and uncertain temper. When she was discontented, she fancied herself nervous. The business of her life was to get her daughters married; its solace was visiting and news.

The crisis of their marriage arrived when their youngest daughter, Lydia, who resembled her mother in many ways, abandoned all decency and family principle to run away unwed with the rapscallious Mr. Wickham. The fault originated with Mr. Bennet’s lack of leadership in his home. He had let Lydia follow the militia to another town where he knew she would continue to flirt with the officers. He had declared that if he did not let Lydia have her way and go to Brighton, he would never hear the end of it and there would not be a moment’s peace in their home. However, when Lydia’s indiscretion and disobedience was found out, the facade of peace he had strived to maintain collapsed. Mrs. Bennet went into hysterics. She had no trust in her husband’s leadership or wisdom, no quiet confidence in the sovereign hand of Providence. Instead she was controlled inconsolably by her “fluttering” nerves.

The biblical model of the husband and wife’s role was disregarded in the Bennet household, as Mrs. Bennet did not submit to her husband unless he outwitted her and she was forced to, and Mr. Bennet exercised almost no leadership in his home, as he preferred to sit back with a paper and pipe and watch the fireworks of wife and daughters. Had Mr. Bennet used a firm hand and decisive action against what he obviously saw as character flaws in both daughters and wife, then the blessings of true peace, which Mr. Bennett most desired, would have been his.

Mr. and Mrs. Bennett were not always at odds with one another, however. There were moments when Mrs. Bennett had the pleasure of knowing that her husband was much, much more intelligent than she was, and Mr. Bennett had the pleasure of having a gullible wife who fell for his schemes and could never match his wit, providing him with plenty of amusement. The Mister occasionally flattered his wife with complements about her beauty. The Mistress occasionally fluttered praises about the “clever papa” her daughters had. When all was well, they tickled each other pink. When all was ill, they scratched each other red. Then they isolated themselves in the study or bedroom to brood.

In contrast, let me draw for your eyes a sweeter, kinder couple, whose gemstone character and mutual affection provided the heroine, Anne Elliot, of the book, Persuasion, a contemplative lesson on the blessings of mutual affection in godly matrimony. The Admiral and Mrs. Croft had spent many years together both on land and on sea. Anne Elliot, whose mother had died long ago and who possessed no other examples of godly matrimony to observe and learn from, was influenced by the beautiful picture of the Admiral and Mrs. Croft, “who seemed particularly attached and happy.” She had rarely seen any couples with “two hearts so open,” “tastes so similar,” “feelings so in unison,” “countenances so beloved.” When questioned about how she could make so many dangerous and uncomfortable voyages with her husband, Mrs. Croft revealed the depth of her devotion by her answer.

“...any reasonable woman may be perfectly happy in [a frigate]; and I can safely say, that the happiest part of my life has been spent on board a ship. While we were together, you know, there was nothing to be feared. Thank God! ...The only time I ever really suffered in body or mind, the only time that I ever fancied myself unwell, or had any ideas of danger, was the winter that I passed by myself at Deal, when the Admiral (Captain Croft then) was in the North Seas. I lived in perpetual fright at that time, and had all manner of imaginary complaints from not knowing what to do with myself, or when I should hear from him next; but as long as we could be together, nothing ever ailed me, and I never met with the smallest inconvenience."

Their enjoyment in each other’s company evidently continued while on land, for Anne noticed that “the Admiral and Mrs. Croft were generally out of doors together...dawdling about in a way not endurable to a third person, or driving out in a gig.” Because their relationship was so happily sufficient, the Admiral and Mrs. Croft were able to extend their welcome to many visitors. Anne was soon embraced by the couple as they opened their home and their wisdom to her, giving welcome counsel and kind attentions; this was new indeed for a young woman of her lonely experience, used to being invisible and hovering in the background for any who may need her listening ear or thoughtful services. Later, when Anne’s patience was rewarded and she was to be married to Captain Wentworth, Mrs. Croft’s brother, much of her character had been shaped by the influence of the lovely lady Croft and her husband, and Anne was ready to enter into her marriage with the same attitude of sweet sacrifice and adoring companionship of her mentors.

Other marriages that appear more briefly include Sir Thomas and Lady Bertram in Mansfield Park who were often apart from each other and made unwise family decisions in each other’s absence and without mutual agreement, which later caused scandal and heartbreak for their children; Mr. and Mrs. Collins (formerly Catherine Lucas) from Pride and Prejudice who married out of necessity and fear, (fear of poverty and shame on Catherine’s part and fear of disapprobation from a wealthy patroness on Mr. Collin’s part); John and Fanny Dashwood in Sense and Sensibility which proved Fanny to be a sly and persuasive materialist who convinced her husband to forsake his promise and not give his sisters their share of the inheritance; in contrast, Mr. and Mrs. Weston (formerly Miss Taylor) in Emma who are newlyweds at the beginning of the book and do not play a heavy role in the plot, yet seem well suited for each other: both enjoying good fellowship with and giving good counsel to their younger, unmarried peers; Mr. and Mrs. Allen in Northanger Abbey enjoy a happy marriage vacationing in Bath and are seasoned by many years together, and in the same book, the widower General Tilney was unreasonably suspected by an overly-imaginative girl to have murdered his wife, though in reality he never spoke of her because her memory was sacred to him. This vast spectrum of differing character and virtue provides an excellent portrayal of human nature and what it can do to a marriage if there is no respect for the biblical principles that should guide every marriage.

Though we have no way of seeing the happily married Mr. and Mrs. Darcy as they grow together in ripening affection or raise a romping young family of young Darcys to brighten “the shades of Pemberley,” and though we may never watch Mr. and Mrs. Bingley “always exceed their income” because of their generous nature, though we may never follow Mr. and Mrs. Knightly as they govern their happy little throng of wise little gentlemen and spunky young ladies, though we may never follow the Captain and his unsinkable Mrs. Wentworth on their adventures over the high seas, or watch the sage and sensible Colonel Brandon balance and complement his young and dramatic Marianne, we may draw a few conclusions about what their marriages will certainly entail.

In nearly every one of these stories, each courtship was a refining fire for the man and the woman. There were difficulties to work through with grace and wisdom. There were character flaws to be chiseled away with often unsettling realizations and, of course, repentance. There were chances for men to prove their strength and women their graciousness. There were prejudiced family feelings to work through, and parental guidance to be sought. Because these difficulties were resolved before they were married, these couples gained the stamina of character necessary to work through any future difficulties and continue in faithful love to the end of their days. We may safely gather that the following years “improved knowledge of each other and added strength to their attachment” (Northanger Abbey, last paragraph) not because it was the fairy-tale destiny of all Austenian couples to “live happily ever after,” but because they were the couples who had learned that perseverance, not pride; sense, not sensation; and virtue, not viciousness, were the rule of the day.