Inspirational Romantic Movies on Dating and Finding Someone

Some Hollywood movies can overemphasize the idea of love, romance, sex and do not always show the reality of having a relationship with a person or what it takes to have true romance. So most people try to have the relationship or chemistry viewed in the movies, but realize it is not always like that. Here are movies that I have seen that help with dating and having a romantic relationship and finding the right one.

This was one of the best movies I have seen in a long time about relationships. It is very realistic about the challenges any person faces in a relationship. Leah Townsend is a senator's daughter and has always been a people pleaser, but does not know that she is. She tries to avoid conflict. She stayed with her boyfriend a very long time and is afraid to let him know that their relationship is in trouble, until he surprisingly did something. This movie stars Holly Marie Combs and Ben Bass. You will enjoy every minute of it.

Annie writes a fiction novel, My George, to show the type of relationship she wants with a man, but when it is time to get her book publish and show who George is, she admits that there is no George, it is what she imagined. Now Annie is on a search for Mr. right as the one she published in the book.

Love by The Book

This movie is a wonderful drama that deals with relationships. It is about a bookstore owner who is undergoing some problems with her business strategy. She get some advice from a business consultant. In the midst of this, she meets the man of her dreams who sweeps her off her feet with his creative romantic dinners and wonderful gifts. She is seen as Mr. Perfect. Emma’s sister got engaged and faces some relationship problems and Emma helps her. I hope through this movie you learn a lot about what you want in a romantic relationship and appreciate the other relationships and people in your life.

Love by the Book
Buy Now

A business woman who is casually dating a young man is suddenly dumped because he believes she is not marriage material. She is always wondered about marriage but believed marriage is throwing away her career and an adventurous life. She then decides to do something about her dating life, which is talk to her past boyfriends about why things did not work out with them. She then learns things about herself, life and love. I strongly recommend this movie because listening to the views of others can at times open our eyes to see things about ourselves and our lives that we did not see before.

You can learn a lot about relationships in this movie. In this movie, what Mira thought she needed to achieve true happiness, success and the perfect relationship turns out differently than she expected. She learned about herself, what she thought she wanted, what looked good on the outside. Very good movie.

I know the title might not impress you traditional folks, but this is a wonderful, encouraging movie for those who you have given up on love, struggled with going up to a woman they are interested in and can't find the right words, lack confidence in themselves and need the help of others to triumph in this area of their lives. Check out the movie trailer.

A movie about a woman, who has recently been divorced but still not over her ex. She makes terrible decisions with men, but through a profile at online site meets a British Professor. But it was her mother Tess who communicated with this man online, not the daughter.

After the funeral of a dear friend, a young man is reunited with a few old friends and finds himself torn between his current girlfriend and an old love. A movie about being honest with one another, covering it up, speaking the truth, facing the past and embracing the future.

After several unpleasant dating surprises, Executive Sarah finally compiles a list of qualities and things she is looking for in a man, to see who could be a potential mate. See what takes places in Sarah’s Journey. 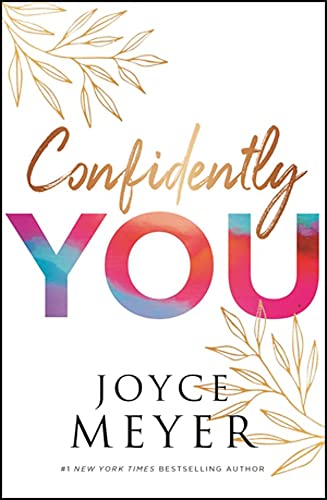 Jane Grant is single and has just received an invitation to her cousin's wedding, which includes bringing a guest. Jane has told her Aunt Ina and high school friend that she has a boyfriend, but does not and now she has three weeks to find a suitable man and escort. See Jane Date is a romantic comedy about Jane going on many dates with various types of men and learns about himself and eventually she finds the one that is right for her.

Quotes on Romance and Relationships

Finding the right person can be so hard that often, when a person finally finds someone she or he is comfortable with, she or he just makes it work. ~ Chirlane McCray

“If he’s not calling you, it’s because you are not on his mind. If he creates expectations for you, and then doesn’t follow through on little things, he will do same for big things. Be aware of this and realize that he’s okay with disappointing you. Don’t be with someone who doesn’t do what they say they’re going to do. If he’s choosing not to make a simple effort that would put you at ease and bring harmony to a recurring fight, then he doesn’t respect your feelings and needs.
~Greg Behrendt

“Every great love starts with a great story...” ~Nicholas Sparks

People always fall in love with the most perfect aspects of each other’s personalities. Who wouldn’t? Anybody can love the most wonderful parts of another person. But that’s not the clever trick. The really clever trick is this: Can you accept the flaws? Can you look at your partner’s faults honestly and say, ‘I can work around that. I can make something out of it.’? Because the good stuff is always going to be there, and it’s always going to pretty and sparkly, but the crap underneath can ruin you.” ~Elizabeth Gilbert, Committed: A Skeptic Makes Peace with Marriage

When it comes time to settle down, find someone who wants an equal partner. Someone who thinks women should be smart, opinionated and ambitious. Someone who values fairness and expects or, even better, wants to do his share in the home. ~Sheryl Sandberg, Lean In: Women, Work and the Will to Lead

Which movie helps you in your dating life or any relationships in general?