I could have done so much better!

We are always where we choose to be...

I've been going back and forth over the use of the word settle when it comes to relationships.

Simply looking up the definition of settle you will see words like: resolve, sort out, clear up, worked it out, remedy, reconcile, as in "They settled the dispute" or adopt a more steady/secure lifestyle as in "One day I will settle down and raise a family."

With some additional digging I found a place that also included the words: "To accept in spite of incomplete satisfaction." Which of course is a choice we tend to make when we (believe) it is "the best that we can do". After all if we really believed we could do better we would do better.

If I presented you two cars in a parking lot and told you that you could have either one of them. Car (a) is a 2014 brand new Audi 6 and car (b) is a rusted out 1972 Ford Gremlin, odds are you would choose the new car. However if I told you that you had to run a marathon in order to get the new car or you could simply take the old car right now; Depending on how you feel about the "cost versus reward" you might choose the old car or even (decide) to go without a car. Either way it would be a (choice) and not "settling".

It is our belief that we either have no other "options" or we've decided it's not worth the effort for us to continue on with our search for something better. No matter what we tell ourselves or others the reality is we always "settle” for what we truly (believe) is the best deal we can get based upon the (effort) we are willing to exert.

The Power of Choice

Each of us chooses our own friends, lovers, and spouse. There's no getting around it.

The beautiful thing about a door is it lets those who want in (in) and those who want out (out). Relationships and marriages are (at will). No one is "stuck" with anyone! If someone is unhappy in a relationship and they choose to stay then (they) are choosing to be unhappy.

Whenever someone tells you that they "settled" it's always good to ask them why they (chose) to settle? Odds are when they answer you it will turn out that they really (believed) it was the BEST they could do under the circumstances. Once again if they really believed they could have done better they would have chosen better.

Life is a personal journey

On the other hand when we tell others they are "settling" what we are really doing is imposing (our belief system) on them. It's an uphill battle when we have to "sell them" on the fact that they can do better or deserve better. People whom we deem to have "low self-esteem" actually believe they are doing the best they can with what they have with regards to the effort and time (they) are willing to put forth. Life is a personal journey and people have the right to choose their own path.

Getting what you want is not settling

The first law of nature is "self-preservation". Its human nature to do what we feel is in our best interest at the time. We don't settle. We choose what we consider to be our "best option". Taking the (easy way out) is not settling it's about the effort one is willing to use.

Traits such as ambition, desire for change, and determination are not likely to be found in people who don't believe they deserve the best of what life has to offer.

Anyone who is flipping burgers at McDonalds and tells you they could have been a millionaire but "settled" for that job is lying to themselves! Sometimes we use words like "would've" or "could've" to emphasize the fact that we are where we are by choice. When one settles it just means they've made a final decision.

"I could have been a manager but I didn't want all that pressure and responsibility."

Being where you want to be is not "settling". It's doing what you believe is best for you! 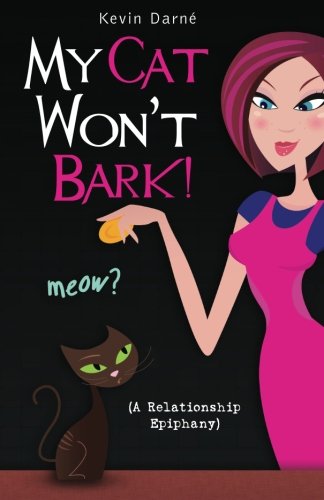 Do people choose to settle?