« Never forget that a woman is a romantic. She enjoys wine, flowers and chocolates. Let her know that you too, remember this things… by speaking of them occasionally” Woody Allen

I firmly believe that it is not that men do not want to romance women; it is only that men do not understand its importance to women. When it comes to romance most men do not know what to do. This is understandable if we consider that men’s literature consists of action, gangster and horror novels, and technical books and sport magazines, while women are the biggest consumers of romantic novels, fashion and decoration magazines. Men and women seem to be interested in completely different things in everyday life and when they enter a new relationship they also enter it with different expectations. Women are looking for love and romance, while generally men are more interested in the sexual side of the relationship. 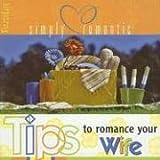 Simply Romantic Tips to Romance Your Wife
Learn how an ordinary guy can become simply romantic with these creative and romantic ideas that show your wife you love her. You will learn ways to communicate heart-to-heart, express love through food and fun, give gifts that say, "I love you!" and add romance to birthdays and holidays.
Buy Now

Do you consider yourself a romantic man?

Men should know that to be able to progress in a relationship romance is necessary. A man’s romantic skills –or lack of them- play a big role in whether a woman will have sex with him or not. That explains why some average looking and even ugly men end up dating beautifully stunning girls.

Here are a few tips to help you develop your romantic skills:

Show her you can do-it-yourself in the kitchen, and it'll lead you to better places later. The allure of domesticity is irresistible

Will Cook For Sex: A Guy's Guide to Cooking
Will Cook for Sex actually does a good job of laying out (pun intended?) recipes for all occasions that are simple yet effective for having the girl of your dreams be dutifully impressed with your newly-honed culinary skills.
Buy Now 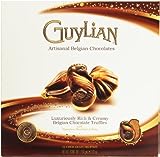 Dating Tips for Men : How to Recognize Romantic Signs of Interest. By expert: Jessica Claire

What is your secret for romancing a woman?