All About Liars, Lies and Lying

Marcy has researched and written about relationships, domestic issues, dating, and con-artists for more than a decade.

Are You Dating a Liar?

People of all ages lie, and it's never too early to pay attention to the damage lies can create. If you have a friend who lies, you already see how it has eroded your trust in that person.

Read on for facts and details about how lying can become a habit, and if left unaddressed, can become so ingrained that it's hard to stop that pattern. Be sure to take the anonymous poll below to share your opinion.

The early teen years, from ages 13-15, can bring more than changes to the body. For some teens, a habit starts developing that can create long-lasting problems - the habit of lying. But it's also a pattern that can be overcome.

Stretching the truth (or downright fictionalizing what you say) distorts more than just the facts, it can strain friendships, family relationships, school performance and every other part of your life. And it can become a damaging habit that lasts throughout the rest of your life.

In the famous children's story, Pinocchio, as long as he keeps lying, the main character is just a puppet. Only when he stops lying does he take charge of his own life and become a real boy. Prior to that, lies are like the strings that control him; he has given up his power to them, and his words and motions are no longer his own.

Here's how to identify if lying has become a problem, how to recognize the problems it can create and ways to overcome the habit.

Do you know someone who lies? Take this anonymous poll and share your feelings.

How does it affect your friendship when someone you know is a liar.

Sissela Bok's Famous Book About the Problems of Lying 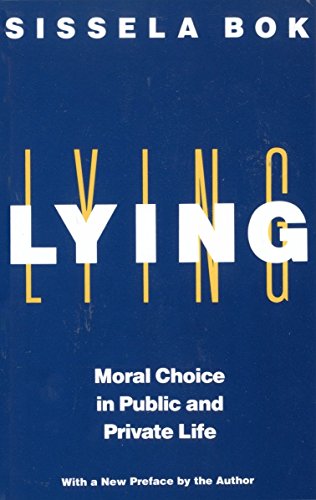 Are You Lying? Are Your Friends Lying?

Lying can take many forms, and it can be difficult to spot.

Parents begin to suspect lying is a problem when their teen becomes evasive and dodges details in conversations. But sometimes lies expand, and become more than just avoiding the truth.

When this happens, the liar actually begins manufacturing stories out of thin air, and as time goes on, the stories become more and more elaborate. But with practice, the stories are also more believable. It's easy to see how a teen (or anyone else) whose lies have taken on a life of their own can soon be confused about what is real and what isn't real. As time goes by, people who lie to this degree take on the life they've manufactured and avoid real life.

In the worst-case scenario, there's a risk of losing touch with reality (people begin to suspect the liar believes his or her own lies). Many skilled liars, though, know the difference between truth and fiction, but have become 'addicted' to telling lies.

Are there times the facts don't quite add up? This could be a warning sign.

Do you, your friends, or your teen child suddenly have amazing experiences to share? The attention someone gets from 'telling tales' can become addictive, and can lead to some psychological disorders that are extremely hard to treat.

In some of its most severe forms, those who lie create an entire life based on defrauding others, exaggerating their life and living an artificial existence that sucks everyone in their life into their personal turmoil. Persons who lie to this degree ultimately live in isolation and are often abandoned by friends and relatives.

If you find yourself embellishing your life through telling lies (even 'small' ones), or if someone you know has developed this habit, be aware of the serious ramifications that can result from it.

People Who Lie are in Pain

Do you lie? Share your feelings through this anonymous poll.

How do you feel after you tell a lie?

Liars Hurt Themselves, Too

Those around liars begin setting up barriers and filters to avoid become part of the vicious cycle, or to protect themselves from the harm lies cause in their lives. Liars eventually lose friends over their stories; what started out as a way for the liar to control others ends up controlling the liar's life and driving away those he or she loves and admires.

To some teens, lies seem to offer more 'freedom' than the truth. These teens mistakenly believe this gives them leverage over others.

While it's true that the person telling the lie has the 'power' in a conversation (they have information the other person isn't privy to), liars actually lose personal power by giving themselves up to a world based on fantasy, fiction and avoidance.

Liars are always internally nervous and on edge about the risk of being discovered. A habitual liar will soon feel constant tension from trying to remember each story they've told, and to whom they've told it.

This is extremely stressful emotionally, and even causes physical damage if allowed to continue. Many health conditions are aggravated by stress (acne, asthma, diabetes and heart issues are just a few). If a teen has skin eruptions before a test or a bit event, lying will only cause their skin to erupt even more.

Life becomes extremely complicated for teens who lie - rather than spending their energy enjoying sports, dating, doing school work or having fun with friends, their lives are controlled by their lies and the need to cover their tracks and avoid being caught.

When a liar tells yet more lies to avoid admitting they have been untruthful, their suffering doubles when the truth surfaces (and, regardless of what a liar might think, it will always surface). They suffer from the lie itself as well as for covering up the lie and allowing it to be sustained.

It can be painful to own up to a lie, but it's far less painful than having lies discovered by others and learning you are no longer trusted.

Book on How to Detect Lies 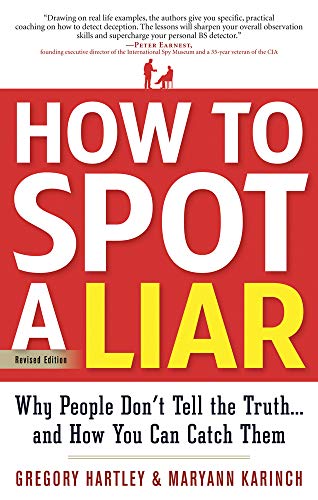 How to Spot a Liar, Revised Edition: Why People Don't Tell the Truth...and How You Can Catch Them
Buy Now

What to Do If Your Boyfriend | Girlfriend is a Liar

If you know someone who tells lies, it can create chaos in your friendship and drive you away from them. Here are tips for dealing with a friend who is not being truthful.

First, protect yourself. Try to avoid getting drawn into the stories they weave, and don't let yourself become emotionally involved with them (as in, dating them).

The reason for this is that liars often need an audience (sometimes called a 'supplier,' because they supply the attention they seek). Craving and seeking attention through falsehoods can sometimes signal a serious personality disorder such as narcissism (which involves exaggerating yourself through stretching the truth).

A person whose lying has become habitual is often referred to as a 'pathological liar,' which means lying is part of the architecture of their personality. The term for this is 'mythomania,' or Pseudologia Fantastica.

Consider mentioning to your friend that you're aware they haven't been truthful by pointing out the real facts of a situation, or mentioning that you remember a different story from the last time you talked.

Tell a teacher or another adult (a minister or sports coach can often help) about your concerns. Your friend may need counseling or other help, and there can be resources available through school or church.

Be sure to tell your own parents to get their help and support, especially if the person who lies is a close friend or a relative, such as a sibling or cousin. Your parents may wonder why you're avoiding someone you normally enjoy being around, and they can give you strategies to help you protect yourself from being hurt by the lies you're being told.

Book: How to Stop Lying 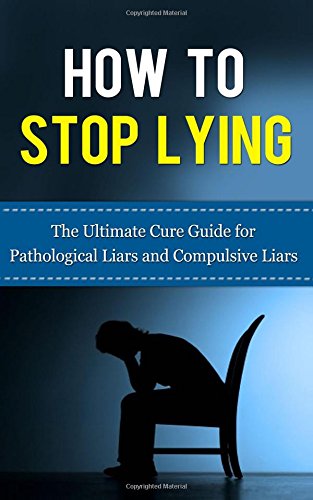 How to Overcome Lying

If your life or your teen's life has become twisted and distorted because of lies, you may need help to unravel the web that's been created and set life straight again.

It's important to confront the problem and seek the right type of help in order to redirect the situation.

Family members can help by gently reminding their teen relative to be truthful (when it appears a lie has been told), and by offering love and encouragement that things can change, without getting drawn into the fantasies the liar is weaving.

School counselors and clergy are good resources for more professional help, and they can refer you or your family member to therapists who are experienced in guiding someone out of the quagmire they've created and helping them develop the self esteem they may have lacked when they turned to lies as their way of coping.

If you have trouble sticking to the truth, here are some ways you can change your behavior:

Regardless, do not allow fiction to become your reality, or the reality of the one you care about.