Wilhelmina, a sociologist, is into phenomena that affects the society and vice versa. Indeed, it is a two-way traffic.

Which One really Matters?

Why would you stay in a toxic/abusive relationship?

It Is Better To Be Safe Than Sorry

Often, there have been several cases of the girlfriend or wife being battered by either the husband or boyfriend. Some girlfriends or wives end up having bruises or even dead. Not only are females victims of such situations but also the male gender. Apparently, this situation is despicable.

It is okay to have arguments in a relationship but it is never okay for a man or woman to raise their hands, knives or any other harmful equipment against each other. Many death cases are as a result of fights in relationships.

Come to think of it, reasons behind such fights are very petty and unreasonable. In Kenya, a wife almost killed his husband for a mere 50 Kenya Shillings which he had given their maid. Actually, the wife was furious because her husband failed to consult her. Other reasons might be as a result of stress or even vengeance. 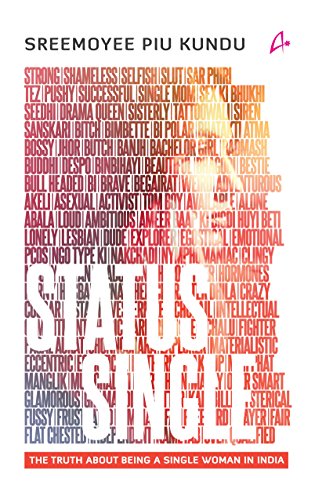 Status Single:: The Truth About Being Single Woman in India
Buy Now

Why wouldn’t you want to be Safe than Sorry?

Which one really matters? Is it your Life or the Society?

The society has molded us in a manner that people should take in whatever they get especially in relationships or marriages. Likewise, it has its own rules which every wife or husband has to adhere to. Correspondingly, when the woman or man fails to do so, he/she is rendered to be disrespectful.

Husbands and wives are really having a hard time because of the marriages and relationships they are in. In comparison to both the dating relationships and marriages, couples in marriages tend to suffer the most. This is because marriages are built on the idea that one has to persevere all the shortcomings in the marriage institution. Never has it been specified that when it reached a point in marriage that the individual was exposed to physical harm, he/she is supposed to leave the marriage.

Furthermore, the institution of religion has made marriages even more complicated. It has made many couples to stay in marriages which is a good thing. On the contrary, some are in abusive marriages more so, they are finding it hard to leave because of the vows they took in front of the altar. This is a little bit confusing and sad too.

One of the religions that puts such situations into consideration is the Islam which one of their marriage rules asserts that when an individual is not happy in the marriage, there is room for divorce. Similarly, the Catholic Religion advocates for separation when the situation is intense.

Frankly, it is somehow hard to realize people's intentions. Thus, by staying single, one will be able to realize what he/she wants to gain or expects from a relationship.

Actually, there is no need of living to please the society, friends, parents or even colleagues. Do not die because of a relationship that can be replaced by a new one. Staying single can save you from toxic and harmful relationships which come along with other effects such as depression, anger issues and loss of appetite.

Being single helps an individual learn how to love oneself as well as appreciate oneself. To those who really want to focus and enhance development in their careers, staying single is the utmost solution.

Let's normalize being safe than sorry when it comes to relationships especially marriages more so, if a relationship is toxic, not working out or appears like one person is forcing things. Moreover, when fights have become too much to an extent of one getting harmed physically.

It is high time we choose our lives over any situation that will push us to cause harm or even death. Furthermore, what you allow, will always continue.

All the same, not only do relationships sum up the statement 'staying single is healthy' since many people have different reasons of staying single. These reasons can include, building up their career or even taking care of their parents and many more.