The whole world must now be aware that HM Queen Elizabeth's grandson, William, is getting married. Readers may not be aware that the Queen and her husband HRH Prince Phillip, have six grandchildren. The oldest two are the children of their only daughter, HRH The Princess Royal and her first husband, Captain Mark Phillips. These are Peter Phillips now aged 33 and Zara Phillips now aged 31 years.

The Princess Royal (Princess Anne) sought to bring her children up away from the public limelight and in doing so did not give them titles, therefore Zara Phillips is not a princess despite being the daughter of a Princess and the Granddaughter of a Queen. Perhaps it is this lack of a title that has given her the freedom to move on and enjoy her life. She has had a highly successful riding career winning the three day event European Championships in 2005 and the World Championships in 2006. Her brother Peter, now aged 33 was married to Autumn Kelly in 2008.

Where will they marry?

It has been announced that Zara  will marry in Scotland at Canongate Kirk which is the church attended by her grandmother whilst in Scotland,.The latest news is that Mike Tindall has asked his brother in law Peter Phillips to be his best man rather than one of his rugby playing friends whose actions may be slightly difficult to control. The wedding is on July 30th and is to be "a wedding for the people" Zara and Mike have asked that roads around the Kirk be kept open so that the ordinary citizens of Edinburgh can get a glimpse of the bridal party. It could be a real crowd puller in Scotland as the newly married Prince William and Kate Middleton will be in attendance. Zara has organised a tea party for local pensioners to celebrate and is hoping to involve local school children.

It is common to pay fees to a church when you get married, however it has been stated that Zara and her mother, The Princess Royal will be making a "substantial donation" which will go towards refurbishing the building.

The building of the kirk was started in 1688  after King James v11 of Scotland and 11 of England ordered that a bequest received from a merchant, Thomas Moodie should be used to provide a new church next to Holyrood  House. The building was completed in 1690 but bore the arms of the new King, William of Orange. Alterations took placed over the years but the most important took place after the second world war. The kirk had been painted in lighter colours which contrasted well with the dark and dull building. The Queen entered the Kirk on 25th June 1952, om the first day of her visit to Edinburgh as Sovereign and was the first reigning sovereign to enter the Kirk of Holyrood House in its new seventeenth century building.

Although not a working Royal, Zara has inherited her mothers attention to duty and amongst others she is linked to INSPIRE- Salisbury based medical research charity which helps to improve the quality of life of people with spinal cord injuries and Sargent Cancer Care for Children, the United Kingdom's leading cancer charity for children, Zara has appeared at events for the Caudwell Charitable Trust which is targeted at children with special needs, disabilities and severe illness and she has continued her families work with The Great Ormond Street Hospital for Children.

Mike Tindall ex Bath, Gloucester and England Rugby player. In February 2008 Tindall was injured in an international games against Wales at Twickenham. Stretchered off the pitch, Tindall was taken to hospital suffering from a punctured lung and a 2" tear in his liver. Tindall has stated after this incident that "he's just happy to be alive". 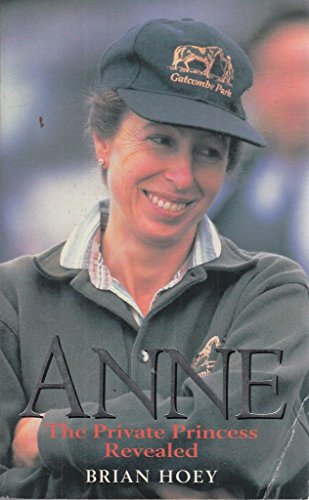 Anne: The private princess revealed
A biography of the Princess Royal, telling the story of her life and work.
Buy Now

I am sure that the world wishes this young couple great happiness on their forthcoming wedding. What is remarkable is that if primogeniture (inheritance through the male line taking precedence) was not followed in the Royal Family , Zara's mother would be heir to the throne and she herself would be 3rd in line to the throne. Something tells me she is happier with her man and her  horses, able to have and enjoy an independent career but still remain part of a close knit family.

Following the wedding ceremony at Canongate Kirk in Scotland the happy couple resumed their life at home in Gloucestershire.

Zara was chosen to ride for the British Olympic Equestrian team and won a Silver medal in team eventing in the London 2012 Olympic games; which was actually presented to her by her mother Princess Anne

On 17th January 2014 Zara gave birth to a baby girl whom the couple named Mia- not a royal name at all, although the baby is 16th in line from the throne until William and Kate’s second child is born later this year