I Never Realized The Power Of Three Extra Words

While my husband and I were out walking through the neighborhood one night, we came across four young boys playing tennis at the end of our street. It's not a very big area, but it's probably the biggest area we have around here for this kind of play, without their parents having to take them to a community park.

As we were walking by, my husband was nearly hit by a wayward tennis ball. It wouldn't have hurt if it had hit him. It didn't even hit him anyway, so it was OK. What surprised us was that one of the boys said "I'm sorry sir, please forgive me" to my husband. I guess the fact that this boy had such good manners was one surprise, but also the way he said this with sincerity also came as a nice surprise to us. My husband of course said, "that's ok, no problem!"

It made me think, though, of the power of adding those three extra words when apologizing to someone, and what a difference they can make. A sincere apology to someone is difficult for a lot of people to make in the first place. By being sincere and adding these three extra words, I think it adds an extra layer of kindness and compassion, an empathy for the person you may have wronged in whatever way. It shows that you didn't mean to hurt the person in any way and the fact that you are asking for forgiveness says a lot about your personal character.

Breaking Up Those Occasional Fights Between Children ~

I can remember walking into the room on our boys one time when they were pretty young. One was proceeding to ... pummel...(for lack of a better word) his brother. And in between each smack came "Sorry!"... It went kind of like this **SMACK**.... sorry!.... **SMACK**....sorry!.....**SMACK**.....sorry! You get the idea. I had to referee and tell him that just because you say "sorry" every time you smack your brother does NOT make it OK! You're NOT supposed to SMACK someone in the FIRST place!

I think teaching kids to apologize for something they have done and teaching them to truly MEAN it is difficult. Then, to teach them not to do whatever it was they did to warrant an apology takes a lot of work. It's hard for some adults to even admit when they've done something wrong and then to sincerely offer an apology for that action. It's even harder to effectively teach this concept to young children.

I can remember volunteering at school when our boys were small, and having to "referee" a few incidents on the playground. You would have two kids facing one another angrily saying things like "he started it"... "I did NOT, HE did!" When they are told to apologize, they are gritting their TEETH as they spit out the apology. How do you actually teach a person to truly mean their words when they apologize?

I personally don't think that's something that can be taught. It's a feeling they have to have that comes from within themselves and that feeling comes about from having a conscience. I'm sure there are people in society who don't have a conscience to begin with, in fact I'm positive of that (but usually the complete absence of conscience exists in extreme cases such as serial killers and violent criminals). I think there are some people in this world who never do learn this skill, though. It's certainly a tough one to teach kids!

I feel that being able to offer an apology and to really be sincere about it is a skill that is so important to have. In fact, I feel that it's crucial to being able to live successfully in a civil society. Treating others the way you'd like to be treated is so basic, but is often (unfortunately) forgotten today.

Saying "I'm sorry" to someone can be very meaningful, and can show that you accept responsibility for your action, whether it was intended or not. Saying the words "I'm sorry," and then following them with the word "but"... that is simply trying to prove a point that "I was right and you were wrong."

There are people out there who simply cannot say "I'm sorry" or "I'm sorry, please forgive me," without having to somehow PROVE, often by following it with "but," that what they did was really OK. They attempt to prove that there's something innately wrong with you if you feel offended or hurt by their actions.

Saying a heartfelt "I'm sorry" to a person you've hurt can go a long way towards keeping a relationship happier and healthier. And in the case of someone you don't know, saying that you are sorry and meaning it when you've done something hurtful and wrong can be a way to keep things civil and to possibly diffuse a situation before it ever has the chance to become elevated into an undesirable situation.

I really would like to give "kudos" to the parents of this young boy who showed a compassionate and caring nature, and let them know what fine manners their son has. I know that he had to have learned it from his parents. So, congratulations to them for taking the extra time and effort to raise a young man who is a real asset to society today and in the future. There are some really terrific parents out there, who often don't get the "kudo's" they deserve for the hardest job they will ever have, that of raising children who grow up to be productive assets to society.

Next time we are out walking if we happen to see their parents, we will stop and let them know what a terrific young man their son is. I think they'll appreciate hearing some words of praise from a very appreciative and friendly neighbor. 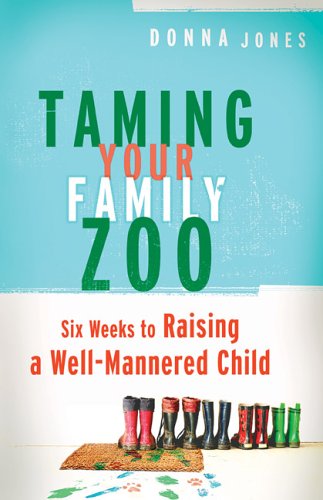