The Price of Hate: Violence Against LGBT People Around the World

On October 7, 1998, a young man named Matthew Shepherd met two men in a Laramie, Wyoming bar. They offered him a ride in their truck and he accepted. Instead, they robbed, beat, and tortured Matthew and left him tied to a fence in below freezing temperatures to die.

The reason for this brutal murder? Matthew Shepherd was gay.

Although Matthew Shepherd is one of the best known LGBT victims of a hate crime, he is far from alone. Around the world, LGBT individuals are subjected to one of the highest rates of violent hate crimes of any minority group. According to the FBI's Hate Crime statistics, about 15-20% of reported hate crimes in recent years have been directed against LGBT people. 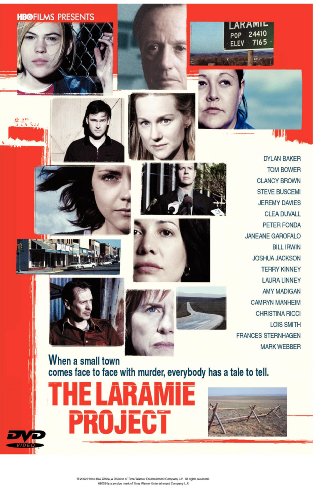 Another of the best known American victims of LGBT hate crimes was Brandon Teena (also known as Teena Brandon), a trans man who was raped by two men after they found out he was biologically female. Brandon reported the rape, but was subjected to humiliating treatment by the police and returned home, where he and two friends were murdered by the rapists just two days later.

Not all violence against LGBT individuals ends in murder. Suicide rates among LGBT teens and young adults are two to three times higher than rates among heterosexual youth, in part because of the high rates of bullying LGBT teens experience. Among teens who experience rejection from their families, the rates are higher still.

In one of the saddest recent cases, an 11 year old boy who had been subjected to months of bullying at school despite repeated protests by his mother, hung himself in his home. Carl Joseph Walker-Hoover did not even identify as LGBT, but he was bullied mercilessly at school for acting "gay."

Sadly, the current level of hate crimes against gays, lesbians, bisexuals, and transgendered individuals actually represents an improvement over the situation throughout most of history.

Although some ancient and modern societies were and are accepting of homosexuality, and even, in the case of the Classical Greeks, viewed it as preferable to heterosexuality in some regards, others were not. The Bible prescribes a punishment of death for those who commit homosexual acts or wear the clothing of the opposite sex. This punishment has actually been carried out in many Western societies, and laws punishing homosexual acts with death remain on the books in a number of modern Muslim countries, including Saudi Arabia, Pakistan, Iran, and the Sudan.

Other societies have tortured, beaten, or imprisoned homosexuals, even wealthy and respected ones such as the well-known author Oscar Wilde, who was sentenced to two years' hard labor for sodomy in 1895. Today, lesbian women in South Africa are commonly subjected to "corrective rape" - gang-rape intended to "cure" them of their lesbianism.

One of the most dramatic reversals of LGBT rights occurred in Iraq over the last decade.

Surprisingly, homosexuality was legal in Iraq under Saddam Hussein, though subject to harassment and threats of violence similar to those experienced in many other similarly "enlightened" countries, but since the American invasion of the country the situation has deteriorated dramatically, with gays being actively sought by (primarily) Shiite militia for beatings, torture, and murder. Among the reports that have emerged from the country is the use of "anal glue torture" to murder gays. Militias use a powerful glue to shut off the anuses of gay men, then force feed them a drink that will cause diarrhea and leave them to die in agony as their stomach and intestines slowly burst.

What You Can Do

If you agree that LGBT people should be able to live openly and without fear for their lives, here are some things you can do:

If You Are Witness or Victim of a Hate Crime

If you or someone else is in immediate danger, call 911 to report the incident to the police.

This was written for the HubMob challenge: LGBT Issues.