Yes, I am back again and like I promised you earlier, I am back to continue that nice discussion I was having with myself on those things that myself told myself that women do better than men. If you missed that first part, you can catch up and then come back to continue with this interesting discussion.

And so, without wasting any of your precious time, I will immediately dive in head first with the hope that you are following suit.

Naturally, women are more adept in the mundane (?) task of looking after babies and they seem to cope perfectly with all the discomfort that comes with that type of task.

Or maybe I am just being sexist and fooling myself into believing that women love that type of job?

To tell you the truth, whenever I see a little baby or child crying, my first thought is usually “where is its mum?”

I am always guilty of exempting the father from that task of looking after the baby but don’t crucify me because I am sure I am not the only (man) doing this.

Women know how to protect and secure their ‘territories’ much better than men. They just know how to erect unseen but ever present demarcations or set boundaries.

You might think the man is supposed to be the defender and better at this task but from my own experience women tend to do this better and in a very fierce and confrontational manner.

Take the case of a woman and her straying partner; you will agree with me that she is more prone to openly confront the other woman or women she considers as opponent(s).

She might even start a fight or cause a scene just to show you the seriousness of the offense of encroaching.

Men will plot and plot to see if there is a better and/or even deadlier way to handle this conundrum but women will see to it that they handle the situation with full force and immediacy that the situation demands.

Somehow, I think women are driven into exhibiting this behavior by factors like jealousy, fear of being ridiculed, fear of being abandoned, and also out of being insecure.

It seems the female brain is more equipped and filled with the chemicals or hormones that make falling in love easier and very fast than that of men’s.

In most relationships, women also tend to display emotions and affections much easier and quicker than guys.

Get me right. I’m not trying to say that guys don’t fall in love or show emotion in relationships but the truth is that it takes much longer time for guys to come around and finally accept that they have been hit by the love bug and it is love they are actually feeling.

Getting worried (over nothing)

They also worry about competition even when it might not be there. They worry about not getting enough attention.

They also worry a lot about how they will be generally perceived in the larger society which is why I will like to add that women tend to pretend more because of all these expectations on them.

The most painful part is that at times, if you check it, most times, such worries are completely unfounded.

Sometimes, some women who cannot cope under such tension might even start to throw occasional tantrums.

Similar to getting worried, women also scare easily. A lot of things can make them jumpy or nervy.

Women are also scared of minor or little things like lizards, spiders, rats and cockroaches, sighting of blood, afraid of the dark and ghosts, and so many other things you won’t even believe people can be scared of but then don’t forget that it is women we are talking about here, so anything is possible…

Although this can be quite a debatable topic as some men claim they know how to cook very well but since I don’t even know how to cook and I am so used to eating food prepared by women, I will just close my eyes and vote that women cook better than men. Guys, if you think it is not true, prove it to me but make sure the food is very tasty because I won’t lie to you, I love good food!

In most cultures, women are trained to be good cooks as it is one of the most cherished qualities a woman can possess with regards to getting married and taking care of her husband and family.

When it comes to doing home chores too, women also come out tops here because right from childhood, they are also trained to accept this as their God-given responsibilities while the guys are exempted from such mundane activities.

Saying one thing and meaning another thing

Ahh! Just give it to women. Women just know how to say one thing and mean the opposite. I once heard that if a woman says no, she doesn’t actually mean no.

Although I can say that I don’t have the full data to support this theory but grapevine has it that bisexuality is more common in women than in men.

This tendency has also gained quite a lot of prominence going by the fact that lesbianism is not frowned upon or seen to be as “disgusting” as homosexuality in men and this makes it possible for any woman who wants to to easily slip under the radar and swing to anywhere the flow goes.

Women love to acquire properties and the reason why they love doing this is what I will never understand.

I earlier asked a question about the shopaholic human who has so many pairs of shoes and if the person is more likely to be a man or a woman. Well, in case you are still in doubt, the answer is a woman.

I once joked with my sister that if there was a fire breakout in our house, she will be the worst hit because while I will just bail out with my laptop, my wallet and the shirt or singlet I have on my back plus my pack of condoms (if there is still time)***winks***, I am so sure she won’t be able to move all her luggage with so many clothes and jewelries that she has never worn which she has acquired over the time. 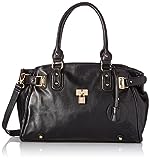 Women love carrying their handbags around and everywhere they go. I believe it is their best and most prized companion and if you also think it is also part of their identity, you are not alone.

Sometimes, I keep on wondering about what exactly can be found inside a lady’s handbag but I guess since that is not my business, let me just keep on guessing and hoping that one day I might just find out.

And the last but definitely not the least…

No stories. I know I said 20 things but the truth is that women love their mirrors so much. It is one of their best companions, maybe, second only to that handbag issue I just mentioned.

Even at a very early stage, women learn to love the mirror.

In fact, if the truth must be told, I will like to say that one of the reason why women carry handbags is simply because of this their very good friend that is always tucked inside somewhere safely inside their handbags together with other make-up gadgets but then if you recall, I just said that I don’t even know what is inside their handbags so I might be wrong.