Three primary reasons why people don’t get a second date

These days a lot of people have no problem getting a first date. In fact it is not uncommon to hear someone complain about not having many second dates. Oftentimes they themselves were not interested in having a second date and other times they are baffled as to why they did not get a second date. Generally speaking there are three primary reasons why people don’t get second dates.

The first reason is a lack of chemistry while on the first date. Sometimes people simply don’t click. Making conversation is equivalent to pulling teeth. They have very little interest in the same things and do not share the same sense of humor. Dating is supposed to be fun. If people don’t have a good time they aren’t likely to want to invest time or money going on second date.

The second reason why people don’t want to have a second date has to do with the tone of the conversation. Too often someone will approach dating like an interview and will rattle off several questions one after another. In other instances they will bring up hypothetical situations in an attempt to find out how their date would handle various scenarios. In other instances they want to plow into a person’s dating history. No one enjoys taking a pop quiz or being interrogated especially on a first date.

The third reason is: A person says or does something offensive, commits an unknown “deal breaker”, displays bad behavior, self-centered, or is very late and shows no respect for the other person’s time or made no real plans for the date. These bad behavior turn offs vary from person to person. Some examples might be picking one’s nose, constantly checking a cell phone, cursing excessively, dressing inappropriately for the date, (belching, farting, or spitting) are turn offs for most people. Being inconsiderate can kill the chances of having a second date.

A Wink and a Kiss

The bottom line with all three reasons for why there is not a second date is because one or both people did not have a great time on the first date! First dates should be easy going, light, and all about having fun as you enjoy the event, dinner, movie, or whatever the date entails. Living in the moment is the key for having fun. Secondly don’t be afraid to flirt if you have a genuine interest. A little bit of flirting will give you an idea if there is mutual interest by how your date responds. Last but not least if you want a second date make sure the first date ends with a good-night kiss.

There are those who swear by (never kissing on the first date). However the kiss is what seals the deal with regard to chemistry. A great kiss will make a person dream about having the next date.

Generally speaking if a man leans in to kiss a woman and she turns her face away from him it’s not likely to make him want to take her out on second date. If you are not attracted to someone and don’t care whether you see them again then by all means refuse to be affectionate. However if you do want to see a person again you don't want their last memory of you to be a rejection of their affection.

"Dating is primarily a numbers game.... People usually go through a lot of people to find good relationships. That's just the way it is."

- Henry Cloud How to Get a Date Worth Keeping

Below are two hubs regarding dating from a male point of view.

Dating 101: What traits do men look for in women before asking them out?

Have you ever wondered why you did not have a second date? 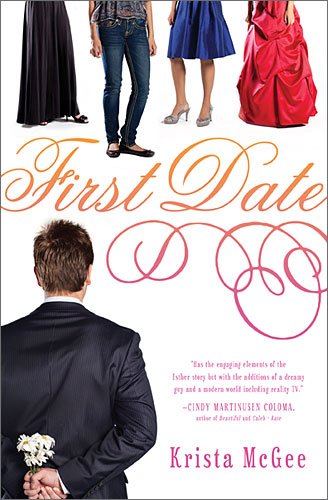