6 Things to Be a Good Father

I'm married and housewife. Presently residing in the Philippines. I love to read and surfing the net.

A father role is so vital. It includes supporting and respecting the mother and sharing in child-rearing tasks. It also requires spending time reading to and talking with the children. This fills a vital emotional need of children.Being a good father is a fulfillment of oneself that has a huge responsibility.

The word "father" is not simply mean being a 'father to a child', but also a father that supports, uplift and inspire to make the family success and happy.

6 Things to be a Good Father

How Father Nourish His Children

A family that eats together stays together 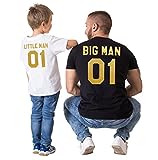 According to Fathers Incorporated.com there are some problems that may occur when a father is not around.Some of these facts are as follows:

And overall, they are at a 120 percent greater risk of being endangered by some type of child abuse.The absence of fathers is a worldwide problem.

In Brazil a 2000 census report revealed that the number of families headed by women was 11.2 million out of a total of 44.7 million. In Nicaragua, 25 percent of children lived with their mothers only. In Costa Rica the number of children not recognized by their own fathers rose during the 1990’s from 21.1 percent to 30.4 percent.

Being a man or a father is not just carrying yourself in masculine way but also, you are willing to work hard, control your emotions and take responsibility of your actions! Our children is God's gift, that is why, we should cherish every moment with them so as to make them a better person in the future, help them achieve their goals that something you can be proud of. 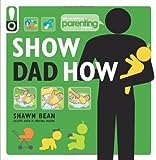 Does your father makes an effort to show his love by attending to your needs physically,emotionally and mentally?