Unexpected Things to Expect When You Get Engaged

An engagement is full of surprises

I will admit, I was never one of those girls that thought about my big, beautiful wedding or made plans for an engagement. I always assumed if I ever got married, I would simply go to the courthouse. After all, what is important is the marriage not the wedding. That is just one day of your life. I was also under the impression that most men did not care how they got married and most would be pleased to find out there was no need for any type of ceremony. Well, let's just say I've been quite naïve my whole life. Being engaged has indeed been full of surprises.

I had no idea how much preparation went into simply being engaged. I thought the engagement period was this fun time when you appreciate your fiancé and eventually you get around to figuring out when you go to the courthouse to get things done. If you want a large wedding, then sure, you are going to start planning for that in advance. Other than that, it is all about the glory of being in love, having a nice ring, making your other female friends jealous... oh wait, did I just say that? But yes, I was apparently wrong about all of this.

One ring to rule them all!

My first major surprise in the engagement process is the ring. The ring is beautiful and very exciting.... for me. I never imagined it would be so exciting for everyone else. I understood people would want to see it. I even expected some of my friends would be super enthused about it. What I did not know is apparently 95% of the population loves looking at engagement rings.

When I went to work with my newly acquired engagement ring, I went to show it to one co-worker. The mere mention of the engagement ring attracted every single other person in the entire office. The best analogy I can use on this one is imagine going to a house full of cats and opening a can of tuna in the middle of the kitchen. Suddenly cats appear out of nowhere and all of them mill around you. The same thing happens when you break out an engagement ring in the middle of an office. There were people I did not even realize existed that came from the farthest corners of their cubicles to see my ring. I was swarmed!

Since I recently learned that a courthouse wedding is not what all men want (who would have guessed?) I have embarked on an epic journey called: "Planning a Las Vegas Wedding." You never know... you may see a future hub coming from all of this!

Here is what I thought planning a Las Vegas wedding was all about:

1. You get some plane tickets and reserve a room.

3. You find some cheesy place with an Elvis impersonator.

Surprise! I was totally wrong! It is not that simple. A crazy amount of casinos/hotels have wedding packages. Sure, I knew plenty of people get married in Vegas, so of course there must be lots of options. I, however, did not realize there were so many options.

As it turns out, not only can you get married at an Elvis chapel, you can get married in front of a fake volcano, or on a gondola, or in front of a man-made waterfall, or with some sharks at an aquarium, or on a pirate ship, or on and on and on.... I still have not found a wedding package that offers the possibility of riding live unicorns, but I guess I should not even rule that out yet. It seems as if anything is possible in Las Vegas. 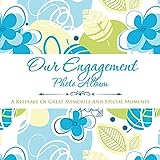 Everyone takes engagement photos now... everyone

I thought that I had plenty of time to be concerned about dieting and looking skinny. Wrong. Apparently everyone takes engagement photos now, but no one can give me a good reason on why. As it turns out, I am expected to take part in this fun-filled event.

So now this means for me I need to start dieting and exercising sooner than I imagined. I have to squeeze myself into a nice outfit. I have to find a photographer for this occasion. Also, I think I am supposed to come up with a theme. I think. I am not sure on that one. I would like for the theme to be: low-budget. I have a feeling my theme is unacceptable. On a similar note, I would also like for our wedding song to be, "Thrift Shop." Considering the mortified looks on the faces of anyone that hears this great idea, I think I am losing that battle as well.

And then there's the questions

People ask me and my fiancé the weirdest questions when they find out we are engaged. They also asked questions right off the bat that seem a little soon. The first night we got engaged, many people swarmed us with Facebook messages, texts, and calls. Some of the questions included:

Have you picked a date yet?

Sure, we decided that within the first 5 minutes of being engaged.

Where are you having the wedding?

Why, we totally have that planned as well. We decided that 10 minutes after he proposed. We already called places and paid a deposit even though it was 8 o'clock at night.

What did you say when he proposed?

I guess I said, "yes" or we would not even be having this discussion now.

I sure hope so! I doubt I would have said yes if I wasn't.

I luckily have only had a few people joke about whether I am pregnant and if it is going to be a "shotgun" wedding. Thank goodness. Let's hold off on the annoying children questions for now.

What I least expected during all of this is the Facebook engagement experience. If you do not know what I am talking about, then you obviously have not gotten engaged since you've been using Facebook. Once we got engaged, naturally we changed our status from "In a relationship" to "Engaged." And so begins a chain reaction on Facebook.

The first thing that happens is everyone and their brother finds out you are engaged on Facebook. Even your friend that you have not seen since 3rd grade congratulates you. This is just fine since this is actually the easiest (and lowest priced way) to announce you are engaged. You will get so much attention it is actually ridiculous.

The next event is a little scary. Big Brother Facebook is watching you and starts to make marketing changes on your page. I went from shoe ads to bridal gown ads in less than 24 hours. On the right of my screen, I get to look at wedding photographers, invitation suggestions, bridesmaid dress ads, flower shop coupons, wedding ring options, and much, much more every single day now. In my feed, I get fun-filled recommendations for "liking" bride-related pages. Did you know I can win my wedding dress if I like one page? How about a coupon for my wedding photographer if I like a different page? Thanks, but no thanks, Facebook. Can you put my shoe ads back?

I never realized how weird it is picking bridesmaids, but it is. I almost feel as if some women are auditioning for the role. I get subtle hints like, "Well, if I was a bridesmaid I would do this...." Alright, maybe that is not subtle at all, but I keep getting hints just like that.

It is tough picking bridesmaids because I feel like it should be a crew of women I really trust. Basically, if I would trust a chick to back me up during the zombie apocalypse, she has earned her place as a bridesmaid. Also, if she has stuck with me as a friend for longer than 10 years, she should have her spot as part of my bridesmaid posse; let's face it, it is not easy to tolerate me that long. Also, it should be someone that genuinely wants to do it.

I've never wanted to be a bridesmaid. As a matter of fact, I have never been a bridesmaid ever. I am totally OK with that fact. I've had friends that have been bridesmaids repeatedly. Do they actually enjoy doing this? Is this really that much of an honor? I guess I never paid attention before.

As it turns out, I've never paid attention to a lot of this stuff. I've always known a big wedding was a lot of work, which is why I don't want one. I never realized how even the smallest wedding can cause drama. I never realized just how much planning goes into it. I guess I have a lot to learn. I suppose I have even more surprises ahead of me. Perhaps I can even squeeze a few more hubs out of the topic, too. 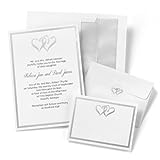 More Hubs You May Enjoy: