Women continue to campaign for more freedoms in Iran, but the future is a difficult and uncertain one. Yes, more women in Iran today graduate from college than men, but this is also a nation where a grown woman can be scolded at the beach for accidentally showing her forearms. The restraints on strict dress code ebb and flow and one of the few things women can do to gain more freedom is obtaining a college education. For those who would like more information about the goals of women's rights in Iran, you can visit the website Women's Forum Against Fundamentalism in Iran. Let us hope that in the future Iranian women will have the freedom to choose how they dress, what they write, and how they live their lives according to their own terms. Back in 1997, I took a women's studies class that offered some interesting and different perspectives. It was not exactly the type of class I would have choose at the beginning, but I learned many new and interesting things as I took this course. We had to keep a journal for this class and our teacher said one day we would appreciate it as it would bring back ideas later in life. At the time I thought it was just some silly journal I was keeping for class, but I have kept it all these years and I am reading it for the first time today. I am writing this hub about some of the impressions I had from the articles I read. It discusses women writers and their take on wearing the veil in Iranian society. 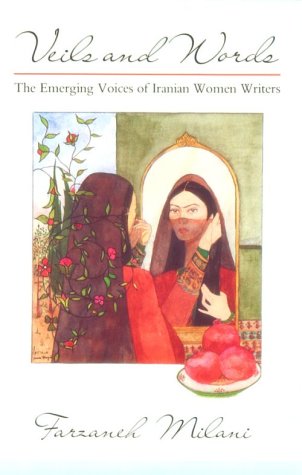 The chapters "A Walled Society" and "Unveiling the Other: Forugh Farrokhzad" came from the book Veils and Words, The Emerging Voices of Iranian Womenby the author Dr. Farzaneh Milani. In the article "A Walled Society," the author discusses how women wearing veils are not oppressed and she says many women wear it for protection. She feels women feel more secure when they go places and are not harassed by leering men. Women should be able, according to the author, to unveil their voice in writing without worrying if someone judges them for wearing a veil. The author completely supports a woman's choice not to wear or wear the veil, but she also states it has nothing to do with their freedom of mind. For instance, she states many women who do not wear the veil are hampered in the expression of their thoughts, but there are veiled women who are able to express themselves freely in their writing. Thus, the author argues that freedom is a state of mind and not one of physical dress.

The second chapter that I read "Unveiling the Other" also made some interesting points. I do not agree one hundred percent with what the author wrote, but it was interesting to read about the point of view of someone else and respect their point of view. Everyone has a different point of view and I feel I should read as much as I can to understand the world around me. I may not agree with everything I read, but at least I have more information to help me become more empathetic of other points of view. In "Unveiling the Other: Forugh Farrokhzad," the author notes how female writers such as Shari'ati favored the education of women, but did not like how some educated women decided to reject traditional values. Shari'ati felt that westernized women were "empty" and had a "made in Europe sticker" on them, and she felt that Iranian women could only maintain their identity by holding onto the traditional values. Forugh Farrokhzad was another female Iranian poet/writer who brought down the barriers of the "proper place" in which women were supposed to remain. Farrokhzad speaks of her forbidden carnal desire, but she also shows that a woman must feel some guilt for expressing such desires. The poem "I Sinned" illustrates how traditional values still pulled women back, even if they were liberated and exposed to modern ideas. Farrokhzad ideas are have inspired many people who find freedom in the written form. You can learn more about Forugh Farrokhzad and her poetry at this website:

Even though many Iranian women have found expression of freedom in literature, it is important to remember that Iran is a repressive society that has restricted the freedom of many women. Since the Revolution many families have fled and built lives in other countries. In the hub about the book Pomegranate Soup, I discussed how Marsha Mehran wrote a fictional account of three women who fled the Iranian Revolution to build to find freedom and peace in Ireland. Although this is a fictional story, Mehran was born in Iran and her parents immigrated to Argentina soon after the Revolution, so it is important to keep in mind that the Iranian Revolution destroyed the freedom and hopes many peole had for their country. Even today women do not have the freedom of choice to not wear the veil. Women have been harassed by the "morality police" for not wearing the proper attire in the streets. Even though Islamic law forbids it, prostitution and other illicit activities still take place in Iran. So veiling has not put a stop to immoral behavior.