"What Do You Mean?" The Power of Symbols

Symbols: they enrich our lives by standing as reminders of philosophies, dreams and achievements we hold dear. They advertise to others that which is important to us. They are mini-billboards of our thoughts, feelings, emotions and values.

They serve a shorthand method of communicating at a glance something which could take several sentences, pages or books to explain in words. The old adage "A picture's worth a thousand words" has long held fast in our lexicon due to its multi-generational truth.

Symbols can be powerful…but they can also be confusing. The confusion can set in when two or more people interpret the picture, or the symbol, differently, which is often the case. Consider the two symbols in the following image:

Do the symbols look different to each of these groups of people? Of course not. The varying judgements are in response to what the symbols stand for in the minds of each viewer. But even within one specific group--say, for example, the group that views the elephant as positive--there will be individuals who interpret the meaning of that symbol differently, perhaps only by small degrees. It's just as possible, however, that the differences are huge, and when members of a particular organization interpret the organization's symbol to mean different things, there's going to be a communication breakdown.

So Complicated, Books Exist to Explain Their Meanings

Signs and Symbols: An Illustrated Guide to Their Origins and Meanings
A fully-illustrated guide that helps unlock the secret language of the signs, symbols, and traditions around us.
Buy Now

Symbols May Not Be Eternal

The meanings of symbols can change over time, either intentionally or unintentionally. Consider how powerful at one time the Enron logo was. Their symbol once indicated a large, strong, powerful company at the peak of corporate health. Nowadays, even a fleeting impression of that very same symbol indicates scandal, theft, shame and a whole host of other negative feelings.

A question to ponder is, when is it best to abandon the use of certain symbols? Companies often change their logos when there is a change of ownership and they want to highlight that the business is under new management. Sometimes they change logos in an effort to look hip and updated, tossing aside old type and design elements for something with more modern lines. These intentional changes are made in an effort to reflect changes in the company, bringing a fresh perspective in line with current views, while retaining customer loyalty. Iconic representation and communication is so important, most large companies have entire departments devoted to brand marketing.

Lovely Symbols When They Represent Truth 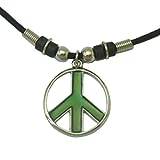 When a symbol no longer holds weight in conveying the idea it was intended to convey, that is the time to drop it altogether. Some people believe that Academy Awards and Nobel Prizes no longer connote ultimate achievements in the fields those trophies are intended to represent. Consequently, many people are no longer impressed when they learn someone received one of these symbols. In such cases, the symbols have been rendered impotent.

Likewise, when kids are awarded certificates of achievement or trophies or merit badges that they themselves did not earn, but obtained by other means, be it by cheating or from well-meaning adults who only want their little snowflakes to feel good about themselves, those symbols are worthless. Worse, these faux accolades are actually detrimental to other kids who did work so hard to earn the very same achievements, as it cheapens their efforts, communicating, in effect, that their hard work and dedication was a waste of time, since the same prize could have been easily obtained without having to jump through all those hoops.

And make no mistake: kids who are given accolades when they haven't earned them know the score. Instead of lifting up kids' self esteem, adults who practice such "compassionate" awarding are, in effect, telling the kids, "We don't believe you can really achieve anything, so we'll just give this to you as a token so you won't feel left out." The kids' capabilities are dismissed; they receive a benefit without having to work for it, and are then surprised when they're grown up and out in the world that--SHOCK!--things don't actually work that way in real life. What favor did we do them?

The U.S. dollar used to convey financial strength, but lately, its value has been so undermined that countries around the world are accepting payments in other currencies, but refusing payments in U.S. dollar bills. The dollar sign symbol itself is less respected and perceived to be losing its value, right along with the actual value that's plummeting in today's American currency.

There are plenty of couples who would never dream of removing their wedding rings, but who engage in brief dalliances or long term extramarital affairs. Other than sentimentality for what once was, the only symbolic value wedding rings hold in such cases is the symbolism of wealth equal to the current market value of the jewelry. There are also many couples who have never worn rings to represent their pledges to each other, yet who have remained steadfast in their relationships for decades. When the rings actually represent something of substance, then and only then are they a meaningful symbol. Should they cease to truthfully represent that which is held in esteem, then the rings become a mockery of pledged relationships and are as reassuring as those certificates of excellence printed out by the ream and passed out to any elementary school student who has achieved the feat of breathing.

Symbols are nice, and as long as their representations are accurate and truthful, they can indeed boost self-esteem, rekindle warm feelings and bring joy to our souls. But symbols are just that: symbols. They themselves are not the substance of what's being represented. Plenty of folks wear wedding rings, wave their country's flag and publicly attend church while living their lives as turncoats against that to which they claim devotion. If the devotion is there, no symbol is needed; if the devotion is not there, no symbol will engender it.

That's a great attitude to hold, believing the best of your team, school, town, company or other group. That phrase can serve as a supportive rallying cry to uplift and energize each other.

Sadly, there's been a growing trend of misunderstanding and misapplying collective affirmations. It's one thing to cheer everyone on; it's quite another to distribute accolades equally without consulting the barometer of achievement, awarding prizes to people regardless of their effort and success. This is not only disingenuous, but detrimental to the entire work/reward process. It is a hollow gesture to those receiving the honors without merit, and an undermining slight to those who worked hard to attain a specific goal.

This phenomenon was deftly addressed in a scene from Pixar's The Incredibles, where the villain Syndrome reveals his nefarious plot to give super powers to everyone, and explains the dastardly reasoning behind it: