What Makes Someone Appear Attractive?

Abby Campbell, BSc, SFN, SSN, CPT, is a leading professional fitness and nutrition expert, researcher, and published author of "One Size Does NOT Fit All Diet Plan," one of Amazon's Top Gluten-Free and Weight Loss Diets. She is also a mother of three children - all labeled as either autistic, gifted, or creatively artistic. (You may read more about Abby at the bottom of this article.)

“Beauty is in the eye of the beholder.”

You’ve probably heard that quote hundreds of times. We all know that real beauty is far more than what we see of a person’s exterior. Real beauty shows forth from the heart, and that is what this quote insinuates. After all, an attractive woman or man can look pretty ugly if she or he is hateful, mean, and egotistical to an extreme. Yet, a person who you may not consider physically attractive can be one of the most beautiful people you’d ever meet if he or she is loving, caring, and compassionate.

So, why doesn’t true beauty correlate with physical attraction? What makes a person physically attractive at first sight? Is it media and culture that dictates who deserves more attention than others? Or, is there something more scientific about the perception of human beauty? 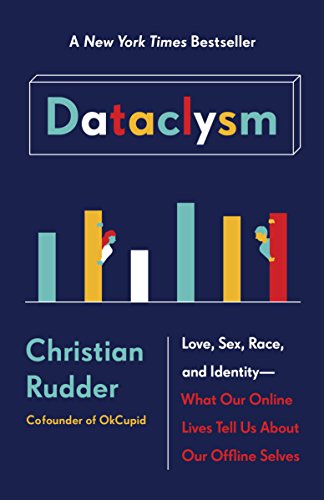 Perception of Beauty and Society's Influences

Throughout time, culture has defined beauty in many ways. One culture may also present the concept as different from another. Societies have even adjusted this subjective concept as objective for women to feel beautiful.

However, we can blame society and its influences on us for the scrutiny we put ourselves through. After all, media has portrayed a certain appearance as ideal. Due to critical observation of others, we strive to become just like those that media has cast as beautiful, handsome, feminine, masculine, and sexy.

It seems that everywhere you turn, some form of media image is trying to influence you. According to a study published in the Paediatrics & Child Health journal (2003, May-June), “the influence of media on the psychosocial development of children is profound.” That influence can be positive or negative depending on what the feed is. The perception of beauty amongst children can even be found in fairy tales and bedtime stories such as Cinderella. “What is beautiful is good” and “beautiful is good at getting others to do what (s)he wants” suggests that the power of beauty does exist as social influence evidence according to a paper presented to the American Psychological Association in 1992.

Alongside media and childhood nurturing, consumerism plays a role with promoting beauty. From fashion and cosmetics to Botox and plastic surgery, we are constantly directed to the way we look. After all, the opinions of others do matter to most of us. According to the American Society of Plastic Surgeons 2013 Plastic Surgery Statistics Report, 15.1 million cosmetic procedures were performed in 2013. Breast augmentation, nose reshaping, liposuction, eyelid surgery, and facelift are the top five procedures in both women and men.

With those statistics, we can assume that a major portion of our population is not happy with the appearance of their bodies. Social influences are sure to have played a role with our outlook.

Do you think media affects the way we perceive beauty?

The Science of Physical Attraction to Beauty

Though social influences play a role on how we perceive beauty in the human body, science tells us that physical attraction to beauty is real.

In 1756, Philosopher Edmund Burke wrote, “We must conclude that beauty is, for the greater part, some quality in bodies, acting mechanically upon the human mind by the intervention of the senses.”

According to the article On Psychology and Physiology of Beauty published at Psychology of Beauty, there are some very specific biologically based factors that affect our perception of beauty. Among these are symmetry and fertility.

So, what does symmetry have to do with attraction? Theory explains that it may be a marker for genetic quality. As they wanted to pass good genes to their children, our ancestors looked down on traits that may indicate poor health or detriment by the opposite sex. In fact, a study published in the journal Economics and Human Biology (2011, July) discovered that adult “faces were more asymmetrical tended to have more difficult and deprived childhoods.”

During ovulation, studies reported women to be more physically attracted to men who are rugged and dominant-looking. Dominance may also indicate genetic fitness. Additionally, women are drawn to men with the strongest immune systems which correlates to higher levels of the male hormone, testosterone. Women’s sexual desires also increased during ovulation, as well as their preferences for more dominant-looking men.

On the other side, men also find fertile women more attractive. The journal Hormones and Behavior (2013, January) found that ovulation changes a woman’s allure, as well as her behavior. Previous studies also show that men are more attracted to a woman’s voice and smell during ovulation, as well as the way she moves – particularly in dance. Other studies even show that women taking birth control are not as attractive to men as their physiological chemicals have changed.

Finding Your True Beauty and Attraction

So, it seems that both psychology and physiology both play a role when perceiving human beauty. Psychology may be a little easier to control. By tuning out media ads portraying the ideal face and body, you can look within yourself and others for true beauty. However, it would be a bit more difficult to determine who is or isn’t attracted to you or vice versa due to physiology.

Physiology can be a tricky thing to change to a certain extent. But, if you recall earlier in this hub, we talked about those with the strongest immune systems being the most attractive to women. It goes the same for men who find women hormonally healthy. Unlike the days of old where we had little control of our living conditions or what we ate, you do have that benefit. Even if you were born or grew up underprivileged with illness, you can still contribute to your physiology today.

Build your immunity and balance your hormones through good health principles: diet, exercise, and rest. Does that mean that you’ll be so beautiful that all those of the opposite gender will be attracted to you? Not necessarily. However, a healthy body will help the chemical processes of your physiology.

Tell Us What You Think

You're reading "What Makes Someone Appear Attractive?" by Abby Campbell. Please leave a comment and tell us what you think below. Then share the article with your family and friends. You may even share on Facebook, Twitter, Google +1, or Pinterest (buttons to your right). If you're a Hubber already, you may share this hub with your own followers by clicking on the social icon for HubPages (button to your right).

Abby Campbell, BSc, SFN, SSN, CPT, is a leading professional fitness and nutrition expert, researcher, published author, and a naturopathic doctorate candidate. For more than a decade, she has coached thousands of women locally and online to lose body fat and lead healthy lifestyles. Hundreds have also consulted with her on gluten- and lactose-free diets due to health concerns such as Celiacs, depression, and developmental disabilities. Abby is from Northern Virginia but now resides near Charlotte, North Carolina. She has been married for more than 20 years and has three grown daughters, one of which is autistic. She is a 20+ year cancer survivor.