Why Are Wedding Shower Gifts Just for the Bride?

Men at a Bridal Shower

In this day and age, where we teach our children that the duties of the home are to be shared equally,

do we still have bridal showers only for the female friends and family? The poor groom is left is left out of the fun and the gifts. This article is going to exploit bridal shower etiquette in our culture and suggest that men be included in the celebration.

Who's Idea Was It?

The wedding shower is said to have originated in the 16th century.

It was originally given for a poor woman when her family could not afford the dowry or when her father did not approve of the marriage. In these circumstances, friends would hold a party and give gifts that equaled the dowry, giving her the opportunity to marry the man of her choice.

Over the years, other traditions have emerged with different socio-economic groups; but the core custom of giving gifts to the bride in order to begin a household has remained the same. But in the meantime, our cultural views on the roles of the husband and wife have drastically changed. We no longer teach our young girls to be homemakers, we teach them to balance a home life with a career and husband. The days of men taking total fiscal responsibility for the family are gone and boys are taught independent living tasks just as much as the girls.

Bride and Groom Gifts - Why Not?

With that being said, why has the bridal shower tradition remained the same? With modern day home fronts being run equally by men and women, why are the men left out of the wedding shower gifts? Should they all not be a couples wedding shower? The presents given at the bridal shower are usually items to start the new household: crystal dinnerware, bedding ensemble and towels. Are they not shared by the new couple? 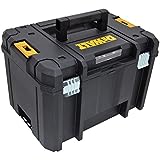 Best Gifts for Men and Women About to Get Married

Since the wedding shower is a time to give gifts, why not start a new tradition to include the new groom and bride? Just for fun, I have made a list of cool gifts for men and women.

Have You Ever Gone to A Unisex Wedding Shower?

A suggestion to all the future bridal shower planners, why not make it unisex? Plan a large party with both female and male guests. You would be surprised how much fun they are rather than playing silly shower games. Always enjoy the event that you give.