Why do women want to get married

It never stops to amaze me the urgency with which most women seem to want to get married. I have met several who would do no matter what to literally “catch” a husband. Like a friend of mine says, these women go around with their wedding dress in their handbags ready to hunt and capture unaware males into marriage.

Don’t get me wrong, I know there are many women out there for whom marriage is the last item on their list. I am referring here to those who are absolutely obsessed about marriage.

I must explain that I have nothing against marriage per se. Although I think it is becoming more and more an outdated institution. These days more and more women are opting out of it because they have become used to taking care of themselves, they have a good job, friends to go out with, a place of their own, and some even have children that they can keep happily without the aid of a man.

But despite more and more women being independent, most of them have it high in their priorities to get married and have children, the only difference being that the more a woman possesses by her own means, the more exigent she becomes with the search of a partner.

“Marriage has its good side. It teaches you loyalty, forbearance, tolerance, self restraint and other valuable qualities you wouldn’t need if you stayed single”. 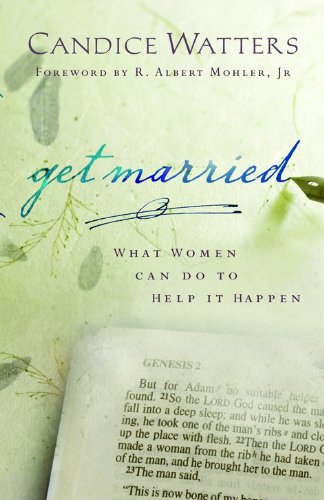 Get Married: What Women Can Do to Help It Happen
Is it okay to want to be married? Is there anything a woman who has never been married can do to make marriage more likely?
Buy Now

Why do women need marriage?

Even though our society has advanced in its way of thinking and being single until a late age is now more or less acceptable depending on your cultural surroundings, marriage is still one of the highest ambitions for most women.  Why?  Because marriage is a man’s declaration to the world that a woman is so special that he wants to spend the rest of his life with her.  The feeling of being so special to someone has a dramatic effect on women, not only on her feelings but also on the chemical reactions in her brain.   Allan and Barbara Pease showed through research that a woman’s orgasm rate is 4 to 5 times higher in a marital bed and 2 to 3 times higher in a monogamous relationship.  Personally, I find that difficult to believe.  A woman’s pleasure cannot be tied to her relationship status.  Perhaps she can feel more at ease, more secure and more confident to enjoy herself, but I find it difficult to accept the Pease’s results.

Would you agree that your sexual pleasure is higher when you are in a long term relationship or married?

Women who do not want to be married

"I've never been married, but I tell people I'm divorced so they won't think something's wrong with me." Elayne Boosler

"I never married because there was no need. I have three pets at home which answer the same purpose as a husband. I have a dog which growls every morning, a parrot which swears all afternoon, and a cat that comes home late at night." Marie Corelli

Some reasons why women want to get married can be summarized in: