With You Always: A Novel In Progress

Everything I owned I fit inside my Saturn. Ahead of me was indeed a long trip. Longer yet was the trip to Heather’s sorority house, in which was at the least owed to her. She is, let’s face it, the main reason why I was leaving in the first place, I thought. Somewhere between THEN and NOW I reached the pivotal conclusion that I needed to leave, to get out of here, that I did not need this place anymore, just like I no longer needed her. At least that is what I told myself as I drove over towards her house one final time. One last chance to say goodbye. God, I hate goodbyes.

A feeling of both relief and regret rushed over me as I pulled in front of her house. Her parking spot was vacant, her car gone. She’s probably shopping or something I thought. Not to be chauvinistic or anything, just poignant. Eight sorority sisters who own a total of three cars live here…It’s highly likely that she is out shopping with one or more of them…Today is Saturday after all. I stared out into the late summer afternoon at her front door, my engine running, half hoping that same door would suddenly open and then she would appear in the archway wondering why my car was packed to the point of bursting. The truth was that I wanted her to see me leave. Originally, my plan was to tell her goodbye and drive away and see her in my rearview crying her eyes out at the sight of my leaving. I wanted my DRAMATIC EXIT and wasn’t going to get it. I was pissed. For once I wanted to be strong and to prove to her in her presence that I did not need her. For once I wanted to get it right after previously getting it all wrong.

In my hand I held the letter I wrote to her the night before. In the letter I poured over the cataclysmic events leading up to my leave from this town and this place, explaining why this was something that I had to do for my sanctity and sanity, that it was about time I be selfish and begin to live a life that did not include her. Safe to say that it was the most difficult piece of writing I ever endured. The letter in its own right was really Plan B. Heather’s absence left me no choice but to go to Plan B. For what would be the last time, I felt an ache inside my chest for want of seeing her one last time as I got out of my car to slip her letter inside her mailbox. A part of me did want to see her face one last time, to bring closure to our epic relationship. “Goodbye, Heather,” I said to the letter as it fell inside her black mailbox with one final clunk! I turned around half-hoping that Heather would be standing there watching me, having finally returned just in time to see her ex-boyfriend leave her for good. But it wasn’t so. I got inside my car and drove off, going neither fast nor slow without a moment’s hesitance to look in the rearview.

I understood, a few weeks prior leading up to my farewell what recovering alcoholics conceded was a moment of clarity—that is when I reached the conclusion that I had no other alternative but to leave. My memories relating to her came to me as a series of flashes; there were scenes of sadness and scenes of complete and utter bliss and the sounds were of words that were empty and broken by the onslaught of failure. There was the time, where it all started, atop the dimly-lit steps leading up to the second-floor landing at the house my brothers were throwing a party. I stood, leaning against the wall and asked her as soberly as I could, “Can I kiss you?” I was afraid of getting caught with my hand in the cookie jar. I wanted to make sure, so to avoid embarrassment, and so thought it best to get permission first. She gave me a quizzical look. Her blonde head tilted to one side momentarily while gazing up at me with jade eyes and then leaned towards me only slightly. She tasted like wild strawberries. I wasn’t sure if it was her lip gloss or if it had something to do with the contents of the cup she was holding, but that was exactly what she tasted like. But the time with her wasn’t all roses or strawberries for that matter. Those roses had with them many sharp thorns, especially underneath the buds. I was already nine-in-the-hole pint-wise, by the time she arrived at yet another party we were throwing. I fought hard to at least appear magnanimous upon seeing her for the first time after she dumped me for the second time. The time leading up to her arrival, a number of my brothers kept coming up to me and asking me, “Are you alright?” or “Gonna be okay?” I simply gave them a convincing nod and they left me alone. When she arrived, I pretended not to notice. I walked past her about five times after having made up my mind that I would blow her off the entire night. But while leaning against the wall of the commons area, my eyes strayed to her and once again, she had me. She gave me a slight wave and I returned it comically, forcing her to smile. For a time we were civil and were soon conversing with one another and each side of the Greek Gender Line let out a collective sigh of relief. I think that the both of us before seeing each other that night, wanted to break bread and to end what was a tumultuous feud. Due to my drinking impairment, I cannot recall the spark that re-ignited the powder keg. Was it something I said or something she said? For the life of me I don’t remember, because before I knew it I was rushing after her as she ran outside the house. “GOOD! LEAVE!” I yelled after her from my front porch. “THAT’S WHAT YOU’RE GOOD FOR!” I then turned, my nostrils flaring, breathing very hard and was looking for something to break. Anything other than Heather would work. The first thing I spotted was the common’s area door composed of solid cedar. I lunged back and struck. A spray of splinters emitted from the opposite side of the door from where I stood. The panel of the door that was eye-high was entirely gone. Dan, who stood next to me, beer in hand, was eyewitness to my short lived Kung-Fu demonstration responded with, “Whoa!” He then proceeded to stick his hand through the new opening of the common’s door back and forth in wonderment between sips of Busch. Another brother of mine—I want to say it was Kevin—asked me, “Shit! Could you do that in a fight?” Where I responded vehemently with, “And what do you think that was?” I then turned and hurried up to my apartment and closed the door, spending the rest of the night alone. The following Monday I sold a couple of old textbooks to pay for the gaping hole in the door.

There was a time when I was so delusional that I genuinely thought I could make it work, that I alone could save the relationship through shear force of will…Or with an engagement ring. I was touring the stores in the Brass Mill mall in Waterbury with my sister and her husband during winter break. I strayed from our group and wound up eyeing some diamond rings at Zale’s. By the time my sister realized I was gone, I was going over a finance plan with an attractive brunette for a one-carat.

“And how much did you say you want to put down?” The twenty-something asked me with a smile while holding a calculator in her flawlessly manicured hands. Suddenly, I felt a tight grip on my right shoulder.

“What the hell do you think your doing?” My sister asked my right ear. Her lips were so close she was almost kissing it. She looked up at the brunette and forced a giggle. “Sorry, but we have to leave!” She said to the brunette and steered me away from the glass showcase while giving me a tongue lashing about the proper ways in which normal people get engaged. Apparently I was doing it all wrong. Her husband then chimed in with

“Yeah, you don’t buy the saddle before you get the horse, buddy boy!” I remember that moment well, feeling as if I was just pulled out of the ocean, as if just being saved from drowning. The way in which I viewed Heather began to change for the better, from that moment forward. I began letting go and began thinking rationally for once and not without the help of family.

With two turns of my steering wheel I was on College Alley passing the dorms and lecture halls of years gone by. I began reconstructing the images from the vault of memory: The ghosts of my entire twelve-man pledge class walked by there alongside th©e road, through sun, rain, and snow. Up ahead, at Banks Hall high-rise, my misty-eyed parents saw me off to begin my freshmen year it seemed, a millennium ago. I was filled with unyielding excitement with the anticipation of beginning the next stage of my life looming. Upon graduating from high school I wanted to be as far away from my parents as possible, that much I knew for sure. I wanted to stray away from their watchful gaze then, without ever crossing state lines to save costs and it was with that decision that led me to Plattsburgh, of all places—the coldest place I’ve ever known. Throughout the years here, I made some friends and friends come and go, usually drifting away and some stayed with you no matter where you decide to move to. The real ones understood why it is that I must leave; they were also the ones I was sincere to when I promised them, “I’ll keep in touch.” But now I’ve matured—I’ve changed having suffered repeated hardships and a broken heart. I wanted to finish what I started, to get my degree, just as I had promised my parents so long ago. It was due time I embark on a new life in a new town at a new college where everyone is a stranger and hope my only impetus. It takes a lot of courage to do what you’re doing and you’re not really the type I thought while taking in a deep breath, taking this all in. I could not remember the last time I was so proud of myself. 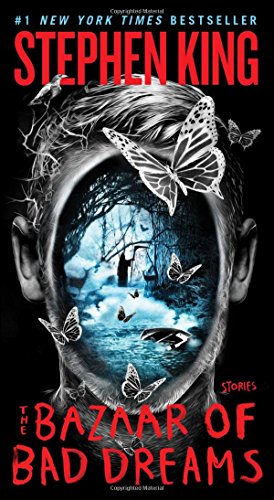 Would you like to see this work become a novel?