Not long ago a female writer posted discussion topic in an online forum on what she termed “gender traitors”. Essentially her position is there are (women) who do not believe that women should have equal rights to men. These women are strong proponents that the main roles and goals of women are to be housewives and mothers. They further believe women should be subordinate to men and clearly do not believe in a woman’s reproductive freedom with regard to contraceptive and choice.

She went onto say, “Such women want to turn back the clock so to speak. Well, most thinking women view such women as gender traitors. Why would any woman in her right thinking mind be against overall equality for women, especially in terms of reproductive rights?”

Below are four reasons why these women feel this way.

Religions (most of them) treat women as secondary compared to men. One biblical example is Ephesians 5:23. "For the husband is the (head) of the wife, even as Christ is the head of the church....." Religion is very "gender role" specific. These women do not think of themselves as being "traitors" but rather as following the dictates of God and (embracing) their role of "helpmate". Naturally no devout Christian sees abortion as a choice and they are against premarital sex.

Many of these women believe "progressive women" are to blame for why it's so difficult for them to either (get a man or hold onto one). It's a real challenge for them to keep a man interested in them while abstaining from sex when there are so many "other women" willing to jump into bed with men in a heartbeat. These women believe if more women held out sexually in a traditional sense there would be more marriage proposals and less infidelity. They see women who want to be "sexually equal" to men as being the destroyer of romantic traditions and courtship.

Progressive women make stay at home moms feel (insecure) about their own choices. The more business savvy successful women there are the more unfulfilled a housewife or stay at home mom feels as society downplays her role. Sometimes you see articles written that state how much a "stay at home mom's salary (would) or should be" compared to what other women do on their jobs. Quite a few of these women will try and use "reverse guilt" on progressive women. "I chose to stay home with my children because it was more important for me to be there (for them) than pursue a career." "There is nothing more rewarding than (being there) for your kids including money." "I could never leave my children in daycare or with some stranger!" or "Motherhood is a (full-time) job." In other words the women that try to "have it all" are seen to be selfish. When they come home they're too tired to cook for and "please" their man. In their eyes this is one of the reasons why there has been an increase in divorces.

Lastly some of these women always (wanted to be taken care of). Historically college was a place women went to in order to meet men from well to do families or men that were likely to become successful in hopes of marrying them. Women who had to (work for themselves and pay bills) were "pitied" because they were thought to have lacked beauty or social connections to attract a "well to do" man! In other words they (had) to work because they could not find a man to take care of them!
Some of these "traditional" women resent "progressive" women because now (men expect them) to work in addition to doing their "wifely" duties! They now feel "pressured" to work outside of the home and afterwards come home to cook, clean up, do laundry, and take care of the kids.

Equality is impossible without individual freedom

Ultimately there is no such thing as "gender traitors". Life is a personal journey. Women will never have true equality until both groups of women respect and accept the choices of one another. Today members of both groups still to choose to blame each other for holding them back from doing what (they) want instead of looking in the mirror and taking responsibility for their own happiness! One woman's life choices should not affect another woman's life choices.

Are women who want "traditional" relationships and marriages traitors? 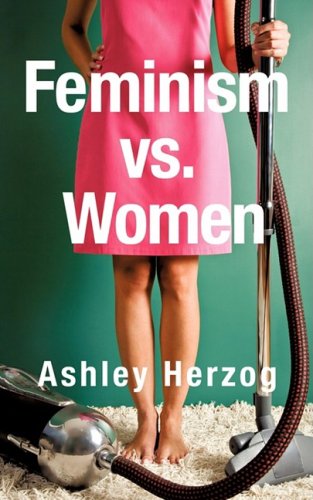