Yellow and Red Wedding Flowers and a Heartwarming Love Story

Flower crazy and flower power are my incentives for my flower-related articles. I make flower arrangements for all occasions.

Before there are wedding flowers, there is a love story. A story of two lives that have reached a point where being apart is unthinkable. Here’s a love story that took years in the making and a deliberate old-fashioned courtship.

Rob Evanson had put off dating after his divorce. He wanted to focus on raising his two daughters and he did. After the younger daughter was almost done with college, he knew it was his time to indulge a little. Another shot at a relationship. He began to date again with caution. He met a couple of ladies at Christian mingle but none of them grabbed his heart. Yet.

Thirty miles away in the same city, Darcella Blecker had the same priority. After her divorce in 1996, she made the decision to put dating on hold. She channeled all her energy into raising her son and daughter. Eventually, her son got married and her daughter, Elise, was next, certain to marry her high-school sweetheart.

Darcella knew that the inevitable was coming. She would be alone after Elise got married. Even though Elise would be living in the same city, it would be a permanent change of living arrangements. Darcella knew she would be coming home to an empty house after work. Silent walls, quiet dinners, watching television by herself, and no one to share small talk with.

Her godmother, Gwen, knew she had to intervene on this one. She gently suggested that Darcella join Christian Mingle. Online dating? No way!

Gwen didn’t give up. She kept up the pressure and to please her, Darcella put up her profile on Christian mingle in Spring 2012. She became joyful 324, name: Rae.

Before long, –Funny_One responded: “Love your profile and cute smile,” it began. Funny One was none other than Rob, who spotted the smiling Darcella with her dad. Her caring attitude was evident in the picture and that moved Rob’s heart.

Darcella responded: “Your picture does make you look younger than your age. I love all 8 pics.”

A few more emails flew back and forth. Then Funny One suddenly disappeared from Christian mingle. Darcella didn’t hear back and assumed that Funny One was no longer interested. Little did she know that Funny One’s account was hacked and he was actually frantically trying to hunt down Darcella in order to send her an email. His persistence paid off.

Once they got reconnected, Rob wasn’t about to let Darcella go without securing a date.

Dressed in a dark-blue turtleneck top over jeans and a peacoat, Darcella arrived at Brigantine’s in Poway, nervous, not knowing what to expect. After all, she has been out of the dating game for a really long time. Rob had some practice but, still, he couldn’t keep from shifting his weight from one leg to another.

As Darcella pushed the door into the restaurant, there was Rob, standing there, a wide grin, hands cupping a baby poinsettia with a card. The cutest sight ever. He looked more handsome that the picture.

After they were seated, Rob began asking a million questions. He wanted to know all there was to know about the vision he saw on the screen, now sitting across the table. She was a stunner – green eyes that sparkle, straw blond hair and an easy smile. The waiter came and was told to come back later. He came again and was told to come back later . After a while, the waiter knew to stay away. The conversation continued for three hours before Rob asked a totally unrelated question, “Do you always wear turtleneck?” Both of them burst into laughter and knew it was time to order some food.

Rob went home and told his sister, “She’s the one. I just know.” Rob had never said that of any of his previous dates. He had already secured a second date.

The very next day, they went to the Lamb’s Player’s Theatre. Like a true gentleman, he asked for permission to hold Darcella’s hands. Flattered and amazed at the speed this relationship was going, Darcella nodded. To this day, Darcella wouldn’t quite remember what the play was about. All she remembered was his touch, so gentle and warm.

By the second date, they knew they wanted to give themselves a year to know each other before they commit. As Christians, they wanted to keep their relationship pure. They designated a meeting place, so they didn’t have to ask the inevitable question most couples ask, “Your place or mine?” at the end of the date. Walmart became the place to meet and carpool. Their goodbye hugs became longer and longer. Standing in the winter cold, the almost deserted parking lot at the end of the night seemed like the warmest place on earth.

Just over four months after their first date, they celebrated Christmas together and shared the first kiss. Their dates went from once a week, to twice, then three times and more. Rob left flowers at Darcella’s door, surprised her at her office with Valentine's flowers, and wrote funny, sweet messages that stole Darcella’s heart, one day at a time.

They decided to take trips together to see how they performed with each other for longer periods of time. They went on their first road trip to Las Vegas. Dining at the top of Stratoshpere, they were like two giddy teenagers, sharing laughter and fun. Then a road trip to Lake Havasu where they got pulled over. Caught! Kissing at the stop light. They flew to Seattle, Washington State and more places in between but in all their travels together, they always retreated to their own separate rooms at night. A vow is meant to be kept, no matter how difficult.

The year was almost up. They had promised one year of dating and going from there. Their first year anniversary, Darcella thought Rob might propose. Lots of love and hugs but no proposal. Then came Christmas and still Rob didn’t pop the question. Darcella was beginning to wonder. Just a little. Hmm….

They spent New Year’s Day at the beach by Hotel Del Coronado. The sky was overcast but Rob insisted on waiting to watch the sunset. What kind of sunset can you get without the sun? It’s like asking for guacamole without the avocado.

“It’s ok, honey. You looked tired and it’s getting cold. Let’s head home. I don’t think the sun is going to show up.”

“No, let’s wait a little,” Rob insisted. They waited. Still nothing. The sun was steadily making its way to disappear over the horizon under the heavy clouds.

As if God is in collaboration with Rob to spring the ultimate surprise, the clouds suddenly parted and shone through. A bright orange glow played on the crest of the waves, a translucent torch lighting up the sky.

Rob reached out for Darcella’s hand and asked, “I’ve talked about a lot of things and asked lots of questions about you. There’s one question I’ve never asked you.”

“What?” Darcella was curious, but an answer involving a ring was the furthest thing from her mind.

“Will you marry me?” He was by then on both his knees.

The sun winked, if it ever can wink. Their favorite Aeorsmith’s song, “I Don’t Want to Miss a Thing,” seemed to be playing softly in the background, if only in their heads.

How could you resist such a sweet, caring and big-hearted man? Darcella said YES!!

Yay and now a wedding to plan. Darcella asked if I could do her flowers? I love making flowers as much as I love stringing words together. That question was redundant, needless to say.

They decided on red and yellow flowers to reflect their fun, outgoing personalities. Here are the pictures:

Darcella decided that her bridal entourage (their children) will wear corsages instead of carrying bridesmaids' bouquets. 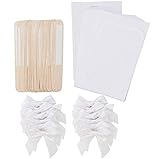 All pictures are photographed by Nina Jensen, the wedding photographer unless otherwise specified.

of the summer's water on the scorched sand

A slice of heaven possess'd.