Should Paternity Tests Be Performed Automatcially?

Women have the right to choose.

No man should be able to force a woman to have an abortion or to give birth to a child she does not want. Legally only the woman can decide if a man will become a father.

Isn't it time there was a law to protect men from one of the cruelest fraud of them all?

Sticking a man with financial the responsibility of supporting another man's child should be illegal. Furthermore every child should have the right to know their actual father and be allowed to bond with him if the desire is mutual.

In fact I believe this type of fraud should allow for the victimized man to be reimbursed with interest for all child support payments and any money he spent on the child during the course of the lie.

False paternity is one crime the government has been slow to do anything about.

One reason is because it's not in its interest

Allowing the lie to live keeps the mother from potentially joining the welfare rolls.

It's also assumed that the man listed as the father is the most suitable man.

Pauline Houle - Therapist/author wrote the following description of this crime in her article.

"Some years ago, The Journal Of the American Medical Association found that 20% of their genetic testing resulted in finding the father was not the biological father! Since early 2000, (that number has jumped to 30% in the States.")

Let’s look at the usual reactions from the courtroom in our so-called modern society.

As I write these lines, in many states and countries, a wife can bear children of a man (or men) not her husband and what happens next is at her command!

She can divorce; kick him out of “his family” and his home. She can then collect exorbitant spousal maintenance (if the man is of means) and child support to spend without accountability, she can secure a guaranteed college education for each child, she can also collect half the marital assets; to top it off, she will have deprived the father of his right to have his own genetic children. How does our culture deal with her? She gets rewarded!"

Paternity tests cost as little as $250 and up to $2000 for a prenatal test according to the following article.

“Most centers offer payment plans and will require full payment before they release the results to you." Most states have laws that require an unmarried couple to fill out an Acknowledgment of Paternity (AOP) form to legally establish who the father is. If the couple is unmarried and the mother has not been married in the last 300 days, then no father will be listed on the birth certificate until this legally binding form is filled out.

If there is a question on who the father is, then paternity testing should be done as soon as possible. After the AOP is signed, couples have 60 days to request a DNA paternity test to be done and amend the AOP, or the father previously listed on the AOP could be held legally responsible for the child even if he is not the biological father.

Unfortunately we live a time where both sexes are cheating at higher rates than any other time in history. However it's impossible for a man trick his significant other into believing she is the mother of a child she did not conceive!

How would you feel if you learned that you were ripped off financially and emotionally?

If you're a woman imagine this happening to your brother, your son, or a close male friend.

A 30% falsified birth certificate rate is far too high!

A woman has the right to choose.

A man has the right to know!

"You Are Not The Father!"

Should false paternity be treated as a crime and have all money refunded to the victim? 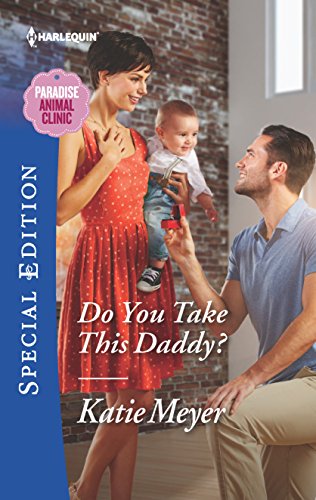 Do You Take This Daddy? (Paradise Animal Clinic)
Buy Now