She asked: “Why Are There So Few Good Men?”

Living by his own rules...

Every now and then I come across a television show in which a woman proclaims all of the “good men” are taken or all men are jerks!

In truth there are probably just as many good men as there are good women.

A woman in her mid-twenties may be starting to think about marriage and family while her male counterpart is more interested in playing video games, getting high, drinking and watching sports with his buddies.

This same man most likely will have different priorities when he hits his mid-thirties.

In essence, a 25-year-old woman who is ready to get married and raise a family is better off dating a man who is closer to 35. Women mature faster than men. A woman in her 20s who insists on marrying a man her own age is often times destined for disappointment. Life is too short to be wasting time trying to change water into wine!

Trying to change your mate leads to frustration on your part and resentment on their part. Another reason there appears to be less "good men" is because "bad boys" are in demand.

There are a lot of women who simply are more attracted to the “Bad Boy” especially during their youth. Quite a few women will list all the wonderful traits they want in a man and yet they find themselves going after the complete opposite over and over again.

We all select our own friends, lovers, mates, and spouses.

There’s no escaping this fact.

Selecting the wrong mate is the number one cause of divorce.

Hopefully once a woman truly knows herself and what it is she wants, wisdom will kick in to help her become better at selecting men to become a part of her life.

The “bad boy” is a challenge and he’s exciting. His unreliability is seen as being “unpredictable”. Knowing other women are pursuing him raises his stock. There is nothing like a little competition to make someone go all out to win. Chemistry is stronger than logic!

There’s a sense of (emotional life and death drama) always lurking beneath the surface.

It’s almost a cliché to hear a woman tell her friend, “I know he’s probably up to no good but there is something about that man I just can’t get enough of!” “ha ha ha”

One thing is for certain: “Life with a bad boy is never boring!”

Some women view the “good guy” as being too nice, weak, someone she could run over, too predictable, safe, and boring. He is the perfect platonic friend.

For many of these women it’s only after taking several trips on the roller coaster with the “bad boy” that she decides to “settle” down with a “good guy”.

It’s a practical decision and oftentimes has very little to do with “chemistry”.She treats the “good guy” differently than she did the “bad boy”.

In return all he did was sling some d**k.

After she gets dumped or comes to realize she’ll never win over his heart she sets her sights on finding a “good guy”.

When this same woman meets a man who she sees as “good guy” potential you might think she would shower “Mr. Right” with all the love and affection she gave to the “bad boy”. WRONG!!! Now she breaks out Steve Harvey’s 90 day rule!

She’s not going to have sex with “Mr. Right” until he commits to her emotionally, shows her he worships her, adores her and would damn well die for her.

When they finally do have sex, “Mr. Right” will never experience the same “freak between the sheets” sex action , which was given to the “bad boy”. The risks for her are too high. He has her up on a pedestal and she wants to stay up there.

If she takes him to “the rodeo” she’s afraid he may take her off his “pedestal”.

In fact a lot of women seem to believe that having sex too quickly with a man will “turn him into an a-hole”. If that’s a woman’s experience she may want to have a doctor look her over.

An a-hole was an a-hole before she had sex with him just as sure as a real “good guy” on (day one) will still be a “good guy” in 90 days.

If men bore children there would be a lot of one-child families!

Aside from watching the “bad boy” have all of the fun a lot of former “good guys” who’ve gotten their hearts broken have never recovered. They never completely open up emotionally again. It takes more courage to fall in love a 2nd or 3rd time than it does the first time. Steven James Dickeson self published a book titled:

“Men Don’t Heal, We Ho” – A Book About the Emotional Instability of Men

Good men are hiding in front of you

There are good men all around if you’re willing to open your eyes.

They’re not all over six feet tall, athletic build, with a head full of hair, possessing a dazzling smile, with dynamic personalities earning over $100k…etc.

There’s the grocery store manager, the UPS driver, the mailman, the shoe salesman, the bus driver, train engineer, teacher, minister, computer programmer, taxi driver, butcher, and countless other men you pass by daily without giving a second glance who may have all of the "important qualities" required to have a happy relationship.

A lot of “good guys” are inclined to be more introverted, humble, down to earth, and less ego driven. They don’t make the same splashy entrance as the “bad boy” but trust me they’re out there…. They’re everywhere.

This universe is based upon balance.

For every tune there is a lyric waiting to be written.

For every woman there is a good man waiting to be found. 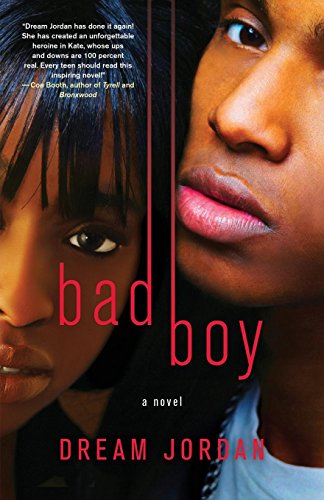 No More Mr Nice Guy: A Proven Plan for Getting What You Want in Love, Sex, and Life
Buy Now