Coming Out Late - Overcoming a Lifetime of Denial

Coming Out Late is a new book about a pretty amazing subject. We are all used to the idea of teenagers coming out as gay to their parents, aren't we? Equally well, film stars and entertainers announcing they are lesbian or gay is commonplace too, but what if grandma was a lesbian? What if grandpa is gay? What if mom wants to marry another woman? How would you deal with an older person in your family coming out late? Would you give them the love and support they need to become who they really are?

October 11th is National Coming Out Day and so this month seems an appropriate time to consider why some people spend a lifetime in the closet. Even today, there are men and women who do their best for social or religious reasons to fit into a way of life that just does not work out for them emotionally. Coming Out Late tells the story of a woman who lived a straight lifestyle until her fifties. This is not all that unusual and is not confined to women. As you will see, there are some men who live a lifetime in denial.

Reading this book will lead you into the writer's world of self discovery within the context of a loving and Christian family background. Antoinette Desiree Artot is not imprisoned by fundamentalist views, but she is nevertheless a prisoner of Christian conscience, traditional upbringing, conservative values and consequently the belief that any romantic (let alone sexual) attraction to her own sex was wicked.

Artot details how she narrowly avoids suicide and self harming behaviour in her teens and comes through this youthful identity crisis into a series of heterosexual relationships - some good and some not so good - that last half a lifetime. All seems well, allowing for occasional crushes and confusion, until one day, now middle-aged, Antoinette is put into circumstances that make it impossible to deny her feelings. She becomes involved in a dangerous relationship at a very vulnerable time of her life and experiences a mental breakdown. Her breakdown is written about with frank honesty. Happily she discovers love and comes through this dark period stronger and happier.

The book goes on to deal with practical issues around coming out as bisexual. (How could a lesbian have loved men?) It details her worry of coming out to a Christian father who turns out to be accepting and loving and changes in the relationship with her former partner who remains a loyal and supportive friend throughout this life changing identity crisis.

On National Coming Out Day, please ask yourself if you have a friend or relative who might be in this position. They might be lonely, confused and very frightened of feelings they would consider fine in a straight context. Maybe it is time to speak more openly about these taboo subjects, a lifetime of denial is not a happy one! 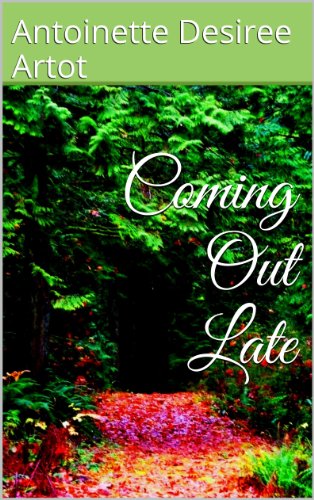 What if you were bullied for being straight?

A thought provoking short film, imagine a world where children are bullied and condemned for being straight? Watch this if you can't! Homophobic bullying is a reality for many gay kids and a prime reason people don't come out early in life but struggle to fit in!

Fear Keeps People in the Closet

Fear is the main reason for being in the closet. This video deals with the stress and fear that older people have to deal with when they come out.

Radio style presentation by Ric Clemons and Denise LaFrance which is basically about the challenges and joys of coming out late in life.

Stories can be inspirational and sharing them can put you in a happier place. It is a relief, he says, not to be an actor 24/7. People need to hear stories they can relate to.

And what will the children say?

Jack asks how you can come out to younger children when you come out later in life.

Do you believe older people should come out late in life?