No truer words were ever spoken than the lyrics of the song "Everything Must Change" Written by, Benard Ighner.

"Everything must change, Nothing stays the same

Everyone will change, No one stays the same

Cause that's the way of time, Nothing and no one goes unchanged"

In any long-term relationship you are either "growing together" or "growing apart",

Nurturing or neglecting, change is inevitable.

Gary lived in an apartment on a beach in Southern California and Michelle lived approximately thirty miles away. On most weekends Michelle would drive up to his place. Michelle had an adult daughter whom she was sharing a two-bedroom apartment with. Weekends were full of passion, laughter, food, wine, and evening strolls along the shore.

Gary and Michelle traveled over the course of their relationship up and down the California coast from San Diego to San Francisco and to several other travel destinations such as Las Vegas, New York, New Orleans, Seattle, Chicago, Hawaii, and beyond.

Michelle was passionate, and she was always ready to have some fun. She wanted to get to the party early and be the last one to leave. Gary observed she sometimes would drink too much especially around her close friends. She clowned around a little too much for his liking.

This often made him the designated driver and surrogate parent when he was forced to tell her it was time to go. Their first year together was like many couples that find new love.

They cruised through the infatuation phase, had some disagreements, and eventually settled into the attachment phase of their relationship.

Sarah the oldest, lived in Northern California with her husband. Dawn, the middle daughter was a teacher and Paula the youngest, worked in a local grocery store and also waited tables for an Italian restaurant. Gary had no children.

The Winds of Change

Like most things in life change often begins in small degrees but added up amounts to a major shift. Sarah and her husband moved to Southern California. Once they got settled they began to have kids.

Naturally this was a joyous occasion for Michelle and her ex-husband. The birth of grandchildren led to more family events with her ex and former in-laws. Gary and Michelle would baby-sit from time to time. They purchased toys for the kids to play with when they came to visit.

After surgery it was necessary for her to sell her condo and move into a nursing home. Michelle went to visit her most evenings after work and on weekends. Gary would often go with her. On her free evenings sometimes Michelle went straight home, other times she went out for happy hour cocktails with co-workers, or had dinner with girlfriends. A few times Gary had to go pick up Michelle because she had drank too much.

Paula the youngest daughter purchased a condo where she met and fell in love with Tom, a fellow owner. Soon after the relationship began Tom became verbally abusive and gradually became physically abusive slapping her, spitting on her, and threatening her.

One night Paula dropped by Gary and Michelle’s home.

Paula lay in the middle of the kitchen floor in a fetal position as her mother cried and rocked her. This was only the start of their abusive yo-yo relationship.

Dawn the middle child earned over forty thousand dollars a year as a teacher and had a one bedroom apartment. For some reason she was always broke, which led her to call Michelle for money from time to time. Although Michelle had her own mountain of debt she always came through like a hero for Dawn.

Sarah has a Masters Degree but never worked because she met and fell in love with a guy from a rich family while attending college.

In Dawn’s eyes Sarah was handed everything on a silver platter and since she had given the family grandchildren everyone was always fawning over her. Michelle would find herself in the middle of some of their feuds.

Lastly Michelle had begun to experience menopause symptoms. Her sexual desire faded and she was not concerned with pleasing Gary. Sex was erratic at best and completely without imagination or creativity. Even when they managed to have a getaway more often than not there was no sex.

One Saturday afternoon Gary stood alone before a smoky hot BBQ grill cooking chicken and hot links while Michelle’s family were in the cool indoors talking, laughing, and listening to music. The grandchildren were running up and down the stairs screaming, laughing, turning lights on and off, toys were strewn all over the house. Sarah had just delighted the family by announcing she was pregnant with her third child.

As Gary stood before the grill he thought back to the life he use to have 6 ½ years ago. He realized how much he missed the life he had. He also knew if he stayed in this relationship nothing was going to change. After attending his first “potty party” to celebrate a child’s first use of the toilet he quietly asked himself, “How did I get here?”

Gary knew what he had to look forward to by staying in this relationship. There would be more family gatherings, more drama, less one on one time with Michelle, and less sex. In many ways Gary had become invisible in his own home. He felt like he was being taken for granted and unappreciated. Nothing spoke louder to him than Michelle forgetting to buy him a simple Christmas card. As he began to place the chicken and hot links on a platter Michelle stuck her head outdoors and asked, “Are we done?”

Gary looked up from the grill and replied, “Yes, we’re done.”

Never mistake your mate’s silence for being in agreement.

“Spiteful words can hurt your feelings but silence breaks your heart” 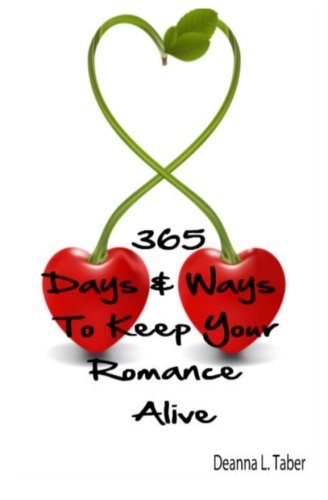