Sega “Emma”(EMA) the Robot Girlfriend from 2008

The Year is 2008 and it's the age of technology development. Our Good friends, the maker of the Sega DreamCast has just reversed its name to Cast Dream from Sega. That's right, from video game to interactive robots Sega has done it again! I remember back when I had a Sega gneisses. I never would have guessed the company would come up with robots. Now, they use that programming ability to help humans in real life, not just on a tv screen! Will this be a great step in relationships for humans or not? Only time will help us find out and i'm sure the end answer will be an interesting one!

If you haven’t Guessed it from the Picture, You can Buy yourself a Girlfriend!

Lonely grown man? Why not buy yourself a box size little cutie? She is big-busted, petite, very friendly, and she runs on batteries. Sega unraveled its new robot “Emma”(EMA). Japan’s first working “Sexy Robot”. EMA stands for Eternal Maiden Actualization. Emma can do many things including:

Emma was produced by a Japanese firm. Emma is 38 cm (15 inches) tall programmed to be a robotic girlfriend that will kiss on command, with a target of lonely adult men. Emma uses infrared sensors and is batter powered. Emma puckers up for nearby human heads that she detects and enters what designers call its “Love Mode”.

Personally, what do I think Emma will do for people?

I am kinda shaky on what will the result of Emma will be on grown men. It might help them emotional and mentally. I am just afraid it might have some side effects. Could Emma turn up the hormones on grown men without girls and who might not have a stable mind and lead to more abuses of women? Nothing can be sure, and I’m sure this is a concern to deal with when the time comes. So far it looks like a great product!

When Can I get Emma and how much will it be?

Emma will start its sale campaign in September 2008 for around $175 USD. A cheap robot Sega plans on selling 10,000 in its first year if not more. I will keep Updates on when it is open for sale and any new information Sega Releases about it. When will it come to the US? Unknown at this point.

Sadly, this product has been discontinued from Sega. No EMA =(

"Strong, tough and battle-ready are some of the words often associated with robots, but we wanted to break that stereotype and provide a robot that's sweet and interactive," said Minako Sakanoue, a spokeswoman for the maker, Sega Toys.

"She's very lovable and though she's not a human, she can act like a real girlfriend."

What would a girl think? (Laughs)

With a new age of robots what would happen if your wife or girlfriend came home to Emma? Could having a robot like this qualify to cheating? (I am laughing at the though of this) I know to some girls it could get into there head that “Why does he need a robot, aren’t I good enough?” And this might lead to more problems. Because this robot isn’t even close to doing what a real girl would I would think it wouldn’t be an issue, but what happens when they get more advanced, and more life sized? When that happens it might give a new meaning to Cybering, when the internet is really interacting with you! 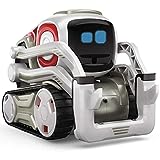 I want to hear from you!

Thank You! for reading my Hubs and Hope you enjoyed it! Make sure to check out some of my other Hubs Here.