Being Single at a Wedding

Attending family events can be a minefield of emotional vicissitudes for singles (especially when relatives and friends ask embarrassing questions like "so what's happening with you and [insert name of some "I haven't seen in years" ex-boyfriend in here]?" or "Why aren't you married?" -- the latter question is usually from relatives who are under age 10). But you can still navigate the obstacles.

When I was younger, I would treat the occasional family get together or affair as an exiting adventure. My brother (and later my sister and younger brother) would always be at my side and I had several cousins who were my age and many of my Mother's cousins were not much older than we. As I got older, cousins and sibling began getting married leaving me and a handful of other cousins (most of whom don't show up at family events on a regular basis) as the only holdouts not branching out on the family tree. Of course, this means that at these functions I am often the only one showing up "stag".

Enjoy Your Next Affair

When I was younger, I would treat the occasional family get together or affair as an exciting adventure. My brother (and later my sister and younger brother) would always be at my side and I had several cousins who were my age and many of my Mother's cousins were not much older than we. As I got older, cousins and sibling began getting married leaving me and a handful of other cousins (most of whom don't show up at family events on a regular basis) as the only holdouts not branching out on the family tree. Of course, this means that at these functions I am often the only one showing up "stag".

Since most of my friends and most of the members of my family have few, if any, unmarried friends my age, I don't get the opportunity to meet interesting new single guys at these parties. Often, I find myself dancing with female cousins, a few of whom are still single, baby nieces or the "friend of the family" whose wife couldn't make it. A number of years ago I was at a Bat Mitzvah (the daughter of a first cousin) where I found myself dancing first with my first cousin and her cousins and then with a neighbor of hers who was there without his wife. Neither of these were very stimulating experiences, to say the least. The cousin group kept accidentally/on purpose pushing me out of the circle of dancers and the neighbor sans wife kept telling me he couldn't dance.

I had intended to bring earplugs with me knowing that bands at these sorts of celebrations tend to be on the over exuberant side. Keep in mind, if you have any intention of leaving with you hearing intact, pack earplugs! Wedding/Party bands are like five-year-old children -- when it comes to music they both think louder is better (and they're both wrong). That is true whether a six-piece brass band or a deejay supplies the music. If you want to avoid this massive volume for your own affair, it is best to book a string quartet. After all, how loud can a violin play?

One of the more interesting aspects of Bar/Bat Mitvahs is the "loot". Most every Bar/Bat Mitzvah gala I have attended has giveaways. They are often only for the kids, but sometimes even adults can leave with a haul. I still have a felt marker sketch of me done at my Cousin Jessica's Bat Mitzvah several years ago. And that Bat Mitzvah I just told you all about? I came home with 4 luminescent "halos", 5 "Jamee's Independence Day" T-shirts, 4 fake NY license plates and a toy tambourine. This was in addition to the pink rose I plucked from the lobby flower arrangement on my way out the door. And that doesn't count what my mother and sister got a hold of. The glow of the "halos" helped me into the house and up the stairs to my room in a state of exhaustion at about one o'clock in the morning.

The central attention point of any soiree of this nature is always the food. Arrival during cocktail hour always promises a variety of comestibles that guarantees to tickle even the most blasÃ© taste buds. One cousin's wedding had a variety of international delights including Israeli food and Tex-Mex selections. After sampling some of the Israeli fare, I parked myself by the Tex-Mex table and stuffed myself on veggie tacos and enchiladas. Since Mexican is my favorite ethnic food, I was in wedding guest heaven.

Since vegetarianism is growing in popularity (and my vegan eating habits are more and more known among my family members and friends), I often find grilled vegetables, usually eggplant, peppers, various squashes, etc., among the myriad tables of fine delicacies. I have also found Israeli food common, my favorite being humus, which happens to go well with those little carrots that have become so popular these days.

As a vegetarian, I find that I usually have to fill up on the smorgasbord because the meal rarely includes much that I can eat. But often I am pleasantly surprised, as in the two episodes mentioned above since they were both catered by my cousin, who happens to know my eating habits (it's great to have a relative in the catering biz). At the wedding, I feasted on a wonderful rice and orzo pilaf and a medley of sautÃ©ed julienne vegetables. At the Bat Mitzvah, I was presented with a marvelous salad (I am not a big salad lover, so if I say it was marvelous, it was) and, for the main dish, side vegetables topped off with an eggplant roll stuffed with spinach.

Believe it or not, I actually enjoyed myself at the above events and generally welcome family gatherings. Most of my relatives are very interesting people -- we have a couple of published authors and at least one radio personality. But even if your family isn't as fascinating as mine, I am sure you can find a few people who have an interesting way about them. But, just in case, bring along an absorbing book or magazine.

Cafe Press allows graphic artists worldwide to make money with their designs. On Cafe Press, we can upload our designs and put them on products to sell to the general public. Compugraph Designs started with Cafe Press at the very end of November 2006.

(Click on the "Huppa Pillow" to link to our Cafe Press Huppa design page. Links along the left side of the page will take you directly to other design pages)

In addition to our Cafe Press and Zazzle sites (see modules above), we also have a store on "Printfection" which includes cutting boards (good wedding, thank you for your wedding attendants or housewarming gifts), mugs and cups, tees, etc. These products can be personalized with the wedding date and the names of the bride and groom (and the name of the person who the gift is meant for). For personalization, e-mail us at compugraphdesigns@earthlink.net

This Women's Tee is only one of several Jewish Wedding themed items at our store:

I just discovered Printpop -- check out my entire portfolio or click on the graphic to see just this product (called "Dodi Li"). Check back periodically as new designs are uploaded.

One of my short stories, "The Gold Star" is now available in illustrated form. The story is about a young boy named Shmuel who helps a poor man without the man knowing. 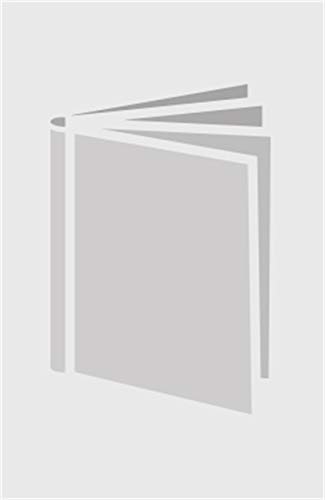 The Knot Book of Wedding Lists: The Ultimate Guide to the Perfect Day, Down to the Smallest Detail
Buy Now

Tell Us About YOUR Experiences...