"A Secret Squirrel Account"- Would it upset you if your mate were hiding money?

He that is without money is a bird without wings...

Several months ago Nazita Aminour filed a lawsuit against Chase bank for revealing her secret $800k account to her husband.

A representative from Chase Bank cold-called to provide advice for getting a higher return on the money. Nazita’s husband answered the phone is said to have pestered her afterwards so much that she gave him $155k he wanted to cover his margins in the stock market and “save her marriage”.

Nazita wants Chase to replace the $155k for causing “duress” in her marriage and to cover her legal fees.

Is there a difference when a man is hiding money from his wife?

There’s a perception when a woman hides money she is doing so to look out for the family’s long-term future. In old movies it was not uncommon to see a husband give his wife money to put away for safekeeping. In fact during the early 1950s there were many marriages where men simply turned over their paycheck to their wives. The wives would give their husbands some spending money and they would run the household with rest. In other marriages the husband would take care of all financial responsibilities and give his wife “an allowance” to spend how she wishes.

Overtime two income households became the norm and most families went from having one checking/savings account to having multiple accounts,401ks, and pension plans.

Many women today come into relationships with careers with good salaries.

Traditionally one-reason women gave for having a secret stash was “just in case”.

When I was a child I use to over hear older women advising younger women who were about to get married to set aside some money of their own “just in case” meaning the marriage might fail or the husband turn abusive and she’d have a way to getaway.

In other words it was good for her to have options, to have some security of her own.

How To Hide Money From Your Husband...."

Can you imagine the uproar if there was a book titled "How To Hide Money From Your Wife"?

When men are found to be hiding money from their wives it’s often assumed that they are up to no good.

For some people finding out their spouse has a secret stash is right up there with having an affair. They view it as cheating.

Secrets that are discovered in any relationship bring up issues regarding trust and communication.

According a recent MSN Money article women are most likely to have secret bank accounts.

"Although a survey by British online bank Cahoot.com found that about 75% of women admitted to hiding money, compared with 53% of men".

"Secrecy only seems to lend autonomy. True respect for each other's financial needs can only be achieved through direct and honest communication. Otherwise, Woodhouse says, "You're just diverting assets away from the marital good."

Would discovering your mate has tucked away $500 bother you as much as learning he/she has set aside $500k behind your back?

The larger the sum of money or assets stashed away causes the mate “in the dark” to believe the money is being set aside to prepare for a divorce or break up.

In the event of a divorce should she be expected to alert her soon to be ex-husband and his attorney about the secret stash so they might split it 50/50?

According to the law it’s illegal to hide money during a divorce.

"Hiding money (or other assets) during a divorce is illegal and unethical. Never the less it’s much more common than you think. Is your spouse trying to lower child support and/or alimony payments by hiding assets?"

The motivation behind a secret account is probably the most important aspect.

It’s human nature for each of us to want something we can call our own including money to spend as we wish. On the other hand having a “secret account” contradicts with marital vows that espouse the belief that two become one including financial assets.

Before becoming "one" it’s in everyone’s best interest to discuss how finances will be handled.

The best solution I’ve read came from an article which suggeted the following solution.

"Have a stash but don’t keep it secret."

"Many financial planners offer a fairly straightforward solution: three bank accounts yours, mine and ours. Simply deposit the bulk of the family income into the "ours" account, which can be used to cover joint expenses, such as the mortgage. Then set aside a monthly allowance to be deposited in "his" and "hers" accounts, which can be spent as each partner pleases, no questions asked."

Would it upset you if your mate were hiding money? 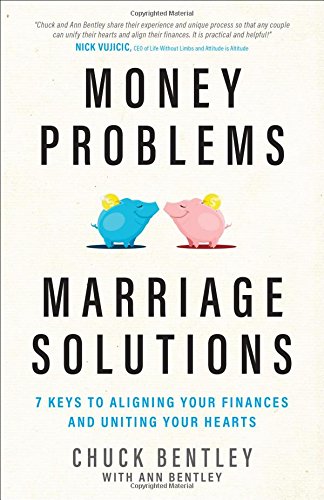