An Alternative For Women Who Fake Orgasms

Every man who cares about his lady wants to please her in bed.

As much as women complain about men being inconsiderate this is the one area they know he cares about.

I've read articles stating women fake it for "his ego" or to get it over with. Essentially these women say they are faking it to “make their men feel good”.

The truth "faking" is lying!

There are two very good reasons for Not faking it.

1. If a woman is doing this consistently her man will never know how to please her because he'll believe what he's been doing is working!

It's like passing a flunking student to the next grade.

2. Eventually she'll get tired of faking or he'll catch on and find a woman that "really enjoys" his love making skills. Maybe she will step outside the relationship to seek a guy that "instinctively" knows what to do to satisfy her.

If a man cares for a woman HE wants to please her.

It's up to the woman to show her man what gets her off early on in the relationship. I'd suggest talking about what you love in bed during dinner/date, over the phone, or any other time (outside of being in the bed)

It takes the pressure off by having a casual discussion without being in the moment.

I've discussed sex with women before ever seeing them naked. Usually early on there is some flirtation or sexual innuendo in conversations, which can lead to asking questions such as, “What's your favorite position?" "What do you enjoy most?" "Have you ever....?" You can then chime in with some of your favorites.

You'd be surprised at how candid someone is when he or she is truly interested in you. They will answer all types of questions in the beginning of a “new relationship”. Timing is everything.

Keep it light and flirtatious.

You just have to pick the right moment to discuss it.

In fact I've found people are likely to try things with a "new" partner, which they never would have considered with an old one!

Maybe it's because they don't want to risk losing a new person they’re attracted to.

Ironically once they are a “solidified couple” she has no problem saying "NO" to his suggestions! LOL!

I also believe sometimes a woman knows "this time it's just not going to happen for her”. Instead of faking it I would suggest she just (give him the ride of his life,) rock her body from side to side, say naughty words, tell him she wants him to explode deep inside her, if he’s behind bounce back rapidly and move in circles or tell him she wants him in her mouth...etc

(Basically make it so good and hot that he can't hold back even if he wanted to!)

Trust me his "ego" will be just fine even if you don't have an orgasm under these circumstances! Every man wants to feel desired by his woman!

Lastly if you are a woman that has NEVER had an orgasm you probably should confirm with your doctor that everything is functioning.

Once that's been done you need to take some time to explore your own body, possibly experiment with toys, try rubbing your clit during intercourse or have your mate do it if the position allows.

For some women there are deep seated childhood problems or mental issues that keep them from really enjoying sex and letting go.

They may require some therapy to get past these stumbling blocks.

It's well worth it to work through those issues in order to have a healthy sex life. 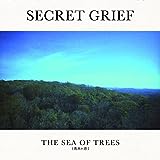