My Secret for a Lasting Marriage

Married for 61 years - What's my secret?

I have been married to the same woman for 61 years. Do I have a secret formula for a long lasting marriage? I have no secret formula, but just using common sense and what is coming from my heart. Please Read on...

My wife and I Enjoying the Beach at Sunset in Boac, Marinduque

Married for 61 years-What's my Secret Formula?

Last May 8, Macrine and I celebrated our 60th wedding anniversary in Eastwood City, Quezon City, Philippines at the Old Vine Restaurant at the Eastwood Shopping Mall. With us were first cousins Rene and Genny Nieva. I ordered a bottle of Australian wine (around $27) with our dinner of steak and baby spareribs, seafood salad and dessert. In spite of the expensive wine, thanks to our four senior citizens discount card of 20% each, our dinner for four cost me only $51.

Several of our friends and relatives often ask me what one has to do for a lasting marriage. In other words is there a formula or secret for a lasting marriage? The question has no specific answer and may vary from one couple to another. However, I do believe that the couple must really be in love with each other unconditionally. So, when do you know that both husband and wife have attained unconditional love?

Do I have a secret formula for a lasting and happy marriage? I have no secret except that there should always be an open communication between you and your partner. In the case of my wife of 61 years, Macrine Nieva Jambalos, I have accepted her flaws and she has accepted my flaws and weaknesses. In addition, both of us have recognized our strengths as well as our gifts and different personalities. Again there is no perfect human being, and no perfect husband or wife. Our communication skills are perfect, we even think of the same things at the same time. A couple of days ago, when both of us were sitting in the patio just relaxing, all of a sudden I asked her about our grand daughter. Macrine was so surprise because at that moment she was thinking of exactly of the same subject. She asked me if I was reading her mind. Couples who have been married for a long time have usually the same likes and dislikes. But this is not a guarantee of a long lasting marriage. Sometimes, it is better to have different things to do, perhaps even a different hobby so as not to suffocate each other every minute of your daily life.

If you are reading this article and married, may I wish you a lasting marriage and if you are about to celebrate a wedding anniversary, my congratulations. May God bless you in your marriage.

“As much as I enjoy romance, it’s commitment that I need the most. I need to know a love I can depend on, a love that says, “I will be with you through it all. I love you. And I will love you even when you may not be all that lovable, for sometimes I'm not very lovable either. You can count on me - always.”

I was reading the 2012 Christmas card letter of a relative yesterday. In her letter, she was informing everyone that her divorce from her husband after 27 years of marriage became final last September. Along with the divorce, she was happy to sell their former residence although it was at the depressed California real estate prices. However, she was happy to move to a 2-bedroom apartment in the same town where her husband and two adult kids had previously resided.

For the sake of this posting, let me call this relative Andrea. Andrea was devastated after the divorce, but managed to get a job that she enjoys currently. She has been in this job for over a year now and just got a promotion. Although the pay is not that great, the job helped her gain her self worth and be financially independent from her former husband. During her marriage for 27 years, she was a full time housekeeper, although she had a Bachelor of Arts and post graduate degrees.

Six months after the divorce, she started dating, because she was lonely. Both of her two adults children are in college. According to Andrea her dating experiences had been very painful and not satisfying at all. The guys she had dated are not marriage material at all. Some of them are jobless and also divorced or widowed. Some of the guys Andrea had dated are about the same age as she is (low 50's), but majority are in their 60's. So as of today, Andrea search for a second chance for love have not been fruitful at all. I do hope however, that Andrea can find love again in the near future.

I have a second relative who is now ready for a second Chance for Love. For the sake of this posting, let me call her Lea. Lea's husband died of cancer last year at a young age of 51 years. He left an 8 year-old girl and a 47-year old widow. Lea so far had managed to cope up with the demands of raising a child alone and working at a senior level position in the State of California. I do not know how Lea can managed her personal situation, but I thank the Lord, she seemed to be living a normal but again a lonely life typical of a young widow living in a small city.

Lea's problem with regards to dating and finding a second chance for Love is the lack of men who are as accomplished as she is in terms of employment and personal accomplishments. With a pre-teen child, complications of getting married the second time around is more likely to occur for Lea. Indeed her chance for happiness and fulfillment is small, but not hopeless. I am however, praying and hoping, Lea gets a second chance for love in the near future.

My dear readers if you have a friend, relative or know of men (40 to 65) looking for love, stability and commitment, I highly recommend my two relatives above. Both Lea and Andrea are good looking, smart, highly educated and accomplished women in their late 40's and early 50's. My e-mail is in this blog if you need more details 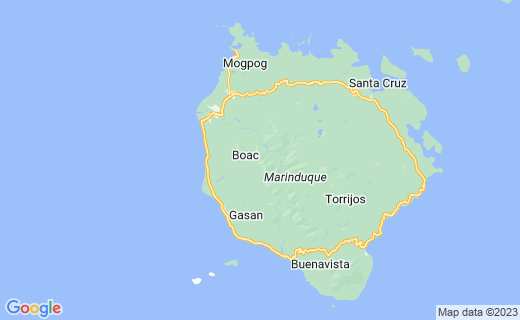 Secrets to a Lasting Marriage

Always remember that a perfect relationship is built on compromises and a great deal of give and take on both sides. When you fall in love with a person appreciate their uniqueness rather than comparing them to the image of your dream lover. Learn to adjust to each others habits, instead of trying to change each other to fit your requirements.