Trial Separations: Are They Too Risky?

A married couple was having a rough time and decided to separate.

Actually the wife suggested her husband move out of the house during their "trial separation".

The husband would come by on weekends to visit with the kids or to take them on outings...etc.

There was no physical intimacy between them.

This went on for almost 6 months.

They never asked each other questions regarding what they were doing on their own time.

All conversations were based around the children's activities, mail, and small talk.

Over time the wife discovered her husband had a sexual fling with another woman during their separation.

She was very upset with her husband but decided to stay with him since it was her idea to have the "trial separation".

Should a separated couple expect sexual abstinence of one another until they divorce?

I knew of one “legally married” couple that had been "separated" for 20 years rarely having any contact with each other. Neither one of them initiated a legal separation or divorce paperwork. That's quite a long time for a trial separation!

The only reason they got a divorce was because one of them decided to remarry.

Isn't the purpose of a "trial separation" to see if you would be happier being apart than together?

Are you truly apart if you aren’t open to the possibility of dating others and dealing with the consequences?

The following article indicates a "trial separation" is a period to test the waters in order to determine if you want to make the separation permanent as in divorce.

It also strongly recommends a couple set up rules, a timeframe, and attend counseling.

"If you love someone, set them free. If they come back they're yours; if they don't they never were”

In the aforementioned story regarding the couple it would appear that Richard Bach was correct. The husband and wife realized they were still in love and did not want to go their separate ways.

I wonder if they would have given it another try had they not had children.

Should couples in marriages or long term relationships risk having trial separations?

It's rare both people in a relationship "decide" to have a trial separation.

What usually happens is one person (the one leaning towards a break up or divorce) suggests they separate and the other person who still wants the relationship goes along with the idea.

There's always a risk while you're "trying to make up your mind" about the relationship someone else may come along who will love and appreciate your mate as they are.

You also might meet someone new that impresses you early on but later you realize what you had with your spouse was much better.

Even if you decide to reconcile and live under one roof once again….etc Are trial separations the answer to any future problems in your relationship?

Should someone keep his or her bag packed on stand by?

The more “practice break ups” or trial separations you have the easier it is to have the final break up.

Personally I believe a couple should try to work through their problems together rather than apart. Break ups should come after some serious introspective thinking regarding the relationship.

It goes without saying if you're in an abusive or destructive relationship you need to run not walk out of the door!

A break up should never be about teaching someone a lesson or getting them to "realize" just how much of a prize you are.

A break up threat or ultimatum used for the purpose controlling your mate when you know in your heart the issue at hand is not a "deal breaker" is an act of cruelty.

Some people use the term "trial separation" to ease their mate out of the house when in fact they've already decided in their hearts and minds the separation will be permanent!

After the "future ex" has moved out a couple of weeks later they break the news to them ...its over. It's a cowardly approach to breaking up.

Breaking up is not a game

Once you have shown someone the door they don't have an obligation to uphold any vows you exchanged. After all you are letting them go.

Presumably you have thought it through and decided your life would be better off without them.

An attempt to impose "break up rules" on your mate such as no dating or having sex with others until I decide we are officially through is nothing more than a game of manipulation and control.

No one wants their life held in limbo.

You're either a couple or you're not.

Saying "good-bye" should have the same significance as saying "I do".

It should be viewed as something permanent and not temporary.

Don't say it unless you mean it.

Should you end up back together don't hold anything that happened during your separation against your partner.

Its part of the risk you took when you kicked them to the curb.

Not long ago I read the following comment someone posted on a similar subject.

"If you love someone don't EVER let go of them. Ever." 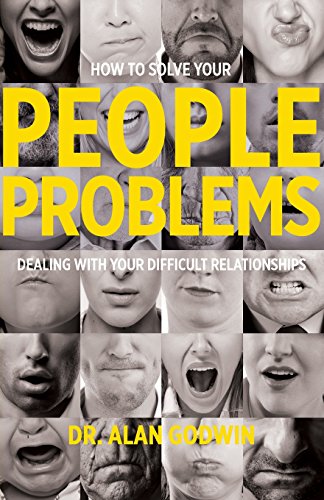 How to Solve Your People Problems: Dealing with Your Difficult Relationships
Buy Now

Do you think it's better to work on relationship issues apart? or together?