Why did YOU cheat?

In view of the recent events concerning Tiger Wood’s “transgressions” I thought maybe it’s time we took a step back from playing the game of “Sinners & Saints” and recall a time in which maybe we did not live up to our own moral standards.

Most recently Barbara Walters admitted to having an affair with a married U.S. Senator, Edward Brooke from Massachusetts.

Living in a world of hypocrisy….

Ecclesiastes 7:20 ”For there is no just man on earth that doeth good and sinneth not”

It's also been said, “Every Saint Has A Past, Every Sinner Has A Future”

The list of cheaters seems to go on forever with people from all walks of life.

Teachers, Ministers, Politicians, Lawyers, Doctors, Entertainment & Sports Celebrities have all been represented in some type of sex scandal.

We’re shocked, we’re appalled, we decry their behavior and often times label them with insulting names as we laugh at their now precarious circumstances.

However for many us we don’t have to look outside of our own network of friends, family members, co-workers, or acquaintances to name someone who has betrayed a spouse or significant other. Truthfully a lot of us need only look into the mirror.

Why is it apparently so difficult to be loyal and faithful to one person?

Monogamy is not natural…..

Monogamy is a “life style choice” which requires maturity, self-discipline, and an internal moral code that ranks honesty above all characteristics when dealing with a loved one. The lack of maturity is often given as a reason why young people should wait a while before getting married.

When a promise, especially a vow to “forsake all others” is taken it’s almost the equivalent of going on a strict healthy diet with intentions to work out 3-4 times a week for life.

The major difference is if someone “gives into temptation” it won’t be a case of simply gaining some unwanted pounds. Cheating can lead to hurt feelings, a broken heart, destruction of a family nucleus, the ruin of finances, reputations and in the worse of cases suicide and murder.

All Cheaters Are Liars…..

Cheating is a cowardly immature selfish act done secretly to fulfill some type of a void.

The cheater only cares about his or her wants and more often than not the person they are cheating with shares this trait in common.

At some point a cheater is going to have to lie about his/her whereabouts, who they were on the phone with, emailing, or their plans. Some cheaters lie directly, others indirectly, and still others by omission. “Don’t ask, Don’t tell.”

The first lie a cheater tells is to himself.

It’s “the lie of justification”.

Long gone are the days where a married person felt it necessary to remove their ring or lie about their marital status when looking to indulge in an illicit tryst.

There is an abundance of women and men openly willing to date married or attached people. Websites have sprung up specifically dedicated for those looking to have an affair! Other websites make it easy to “connect” with old ex lovers, high school sweethearts, or people you had a crush on that went unfulfilled.

These “secondary cheaters” are the ultimate hypocrites.

They have no problems sleeping with a married man or woman but would get highly upset if in the future they learned their own spouse were cheating on them. Secondary cheaters have no regard for the wife/husband living in the dark.

Just like the cheater they are in it for their own selfish reasons.

A third group of people that can’t be overlooked are the “cheating conspirators”.

These are friends, relatives, co-workers, and acquaintances of “the couple” that keep the cheater’s secret from the spouse or significant other who is living in the dark.

Some of these people go as far as to provide cover stories, apartments, loans, and advice on how not to get caught…etc

What makes cheating a cowardly act is the cheater lacks the courage to “communicate” he/she has had a change of heart; they are unwilling or lack the desire to keep the vow or promise they made to their loved one.

The cheater is afraid to deal with the ramifications that may occur once their feelings or intentions are known.

One of the most difficult things about cheating is everyone has their own definition of what it is. Most people would say that having sex with anyone outside of marriage is cheating. (unless the couple are swingers)

Beyond marriage some people say as long as they are not married anything they do is not considered cheating. “If you liked it you should have put a ring on it” a line from a recent hit record.

However the best definition I have ever heard for cheating came from Dr. Phil.

“Cheating is anything you would not say or do if your mate were sitting right next to you.” In other words its “the secrecy that makes cheating, cheating”.

Whether you cheated or condoned cheating by dating someone who was married/attached, or provided cover stories to keep the cheater’s secret from their mate..etc

The question is, Why?

Betrayal of the heart...

Have YOU ever cheated on a partner either physically or emotionally? 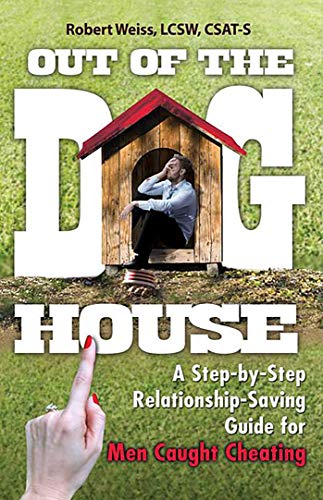 Out of the Doghouse: A Step-by-Step Relationship-Saving Guide for Men Caught Cheating
Buy Now 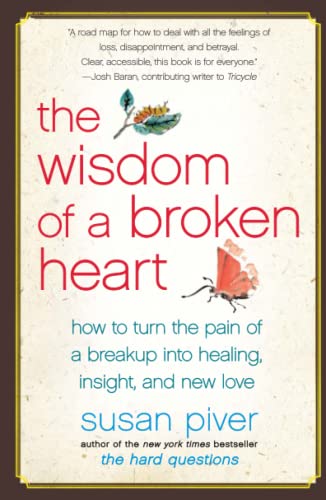 The Wisdom of a Broken Heart: How to Turn the Pain of a Breakup into Healing, Insight, and New Love
Buy Now